Every Saturday I love to share the recipes I tried and review them.  This week, I tried three new recipes;  and surprise, surprise,  I have fairly positive reviews on all three!

Now this is no brainer that I would love this recipe.  I mean, it has shrimp and cheese, what's not to love? 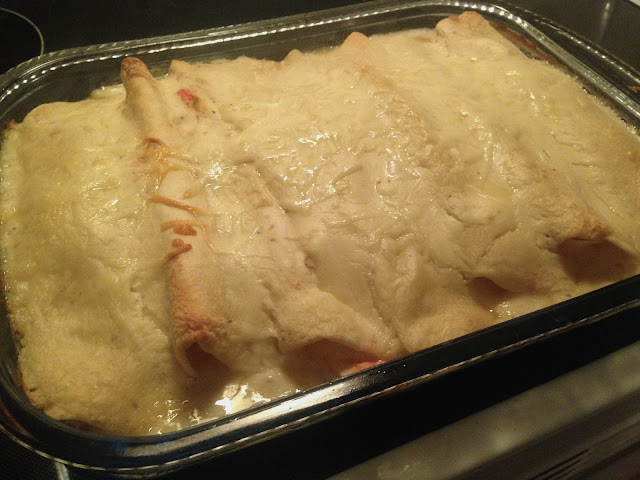 I did alter this recipe slightly.  I added imitation crab meat in addition to the shrimp. 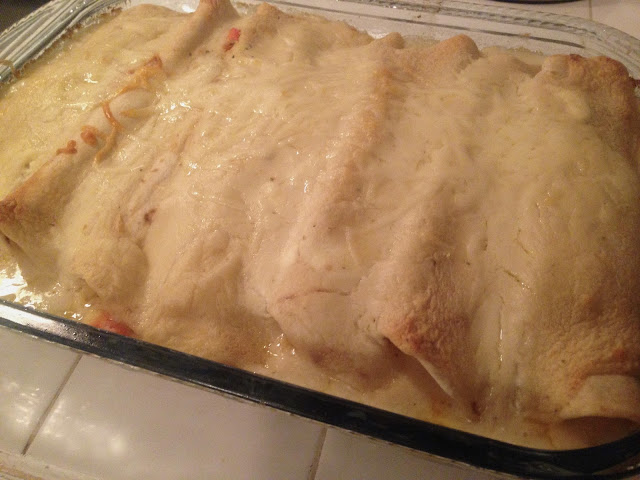 I absolutely loved the flavor of this recipe.  The vegetables are sauteed in butter before they go into the flour tortilla which resulted in more yumminess! 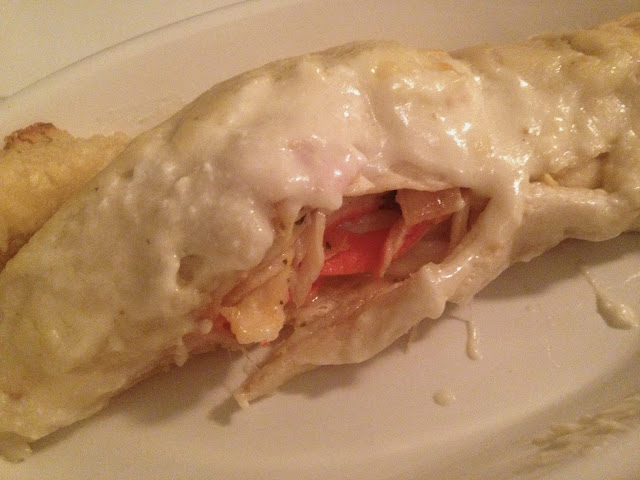 I don't know what the fat or calorie content of this dish is, but I'm sure it's high, so I only had one.  And let me tell you, it was hard to eat only one....it was soooo good!

You can find the Creamy Shrimp Enchilada recipe HERE.

My next recipe is healthy for you because it's primarily cauliflower and goat cheese.  It's called
Whipped Cauliflower Gratin with Goat Cheese and Thyme and you can find it HERE. Now I love to occasionally substitute whipped cauliflower in place of mashed potatoes because I like the taste and it's good for you.  However, what I normally do is just steam the cauliflower, then put in a blender with some milk and light butter and call it good.  This recipe is a lot more work, because after you steam and blend, you put it into the oven and bake it for thirty minutes.  But it is so worth it, because it is GOOD! 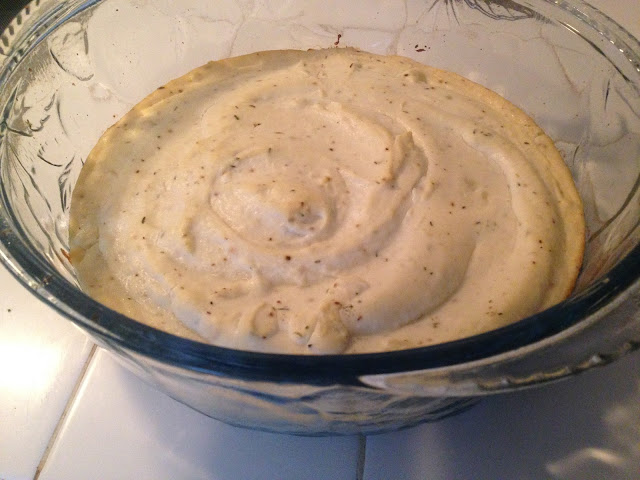 There are also a few more ingredients in this recipe in comparison to plain whipped cauliflower.  Greek  yogurt, an egg, thyme and the goat cheese are also added:  which results in more calories.   But again it's worth it.  Especially if you eat whipped cauliflower a lot and want a variation. 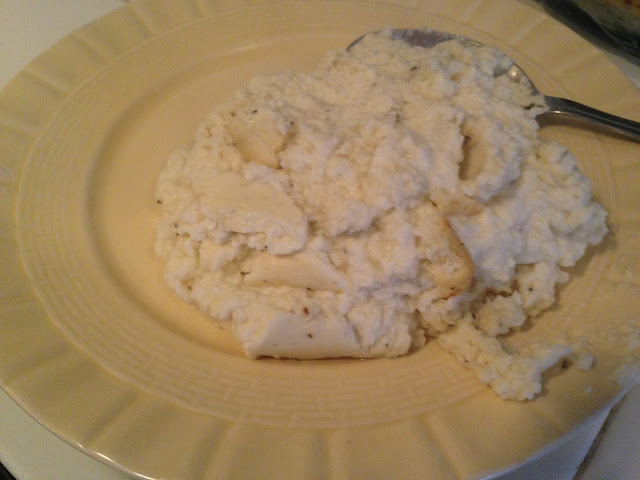 My last recipe, I really enjoyed, but probably wouldn't make it again.  It's called Cheesy Zucchini Spinach Quesadillas and you can find it HERE.  It tasted really good, and I love quesadillas, but if I am going to make quesadillas, I prefer to have them filled with meat and/or beans. 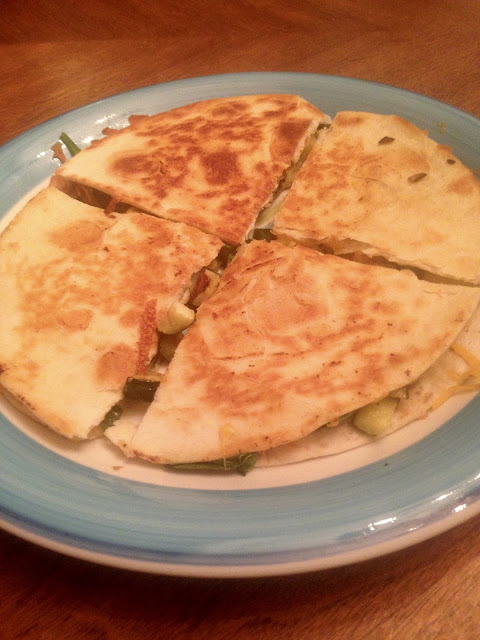 I think this is just a recipe to get kids to eat veggies or a vegetarian recipe, but I don't know why beans at least aren't in it.

It's very simple to make.  Just sauté the veggies, throw on top of a tortilla, add some cheese, and top it with another tortilla and brown.  Simple as that! 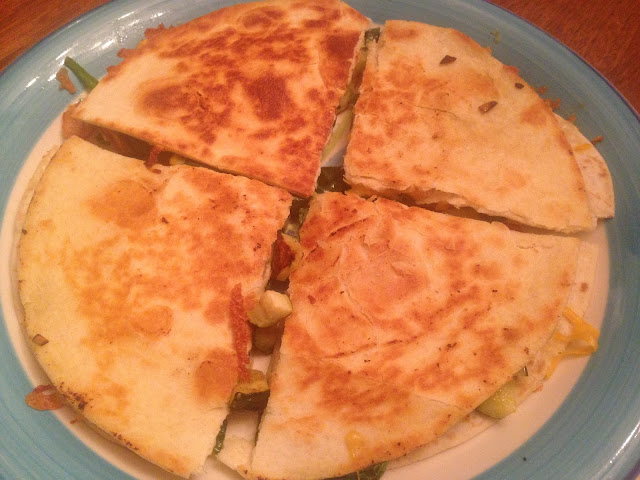