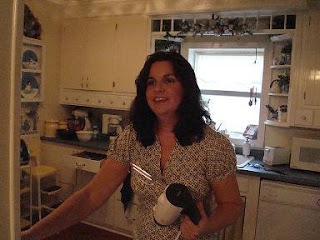 I hope everyone had a Happy Thanksgiving and a wonderful holiday weekend. I enjoyed having my husband home with me for a whole week. On Tuesday night, my daughter and her boyfriend's family arrived to spend the rest of the week with us in our home. It was so good to see my daughter Ashley again. I had not seen her since August since she is away at college. I think we had the longest hug EVER! Anyhow, I wanted to share some Thanksgiving pictures with you today, and tomorrow I'll share some Birthday pictures, since Friday was my birthday.

This first picture is me in my tiny kitchen, preparing the Thanksgiving Meal. 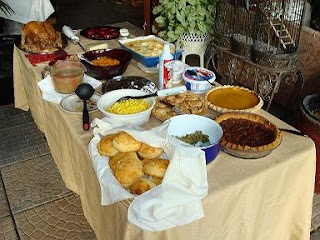 This second picture is of the FOOD! Everything turned out so yummy, even the pies, and I was very relieved about that since I do not have that much experience with making pies. Jason's mom (my daughter's boyfriend) helped me with the crust. 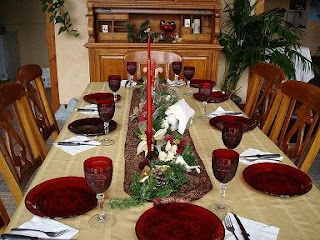 This is my table setting. Not too fancy. I don't have 9 cloth napkins, so I just used paper napkins, and I didn't have the time to make fancy place cards or menu's, so this was the best I could come up with. 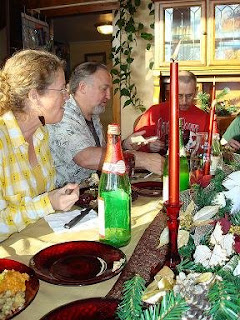 Here are some pictures of Jason's and my family. My husband is the man in the red sweatshirt. The other couple is Jason's parents. 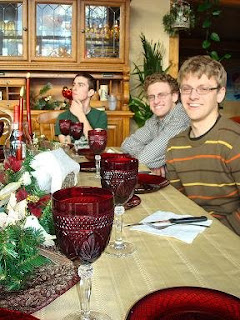 My son, Jordan, is the one striking the pose. Leave it to him to do something funny. He has such a sense of humor. John (Jason's brother) is next to Jordan, and Jason is in the foreground. 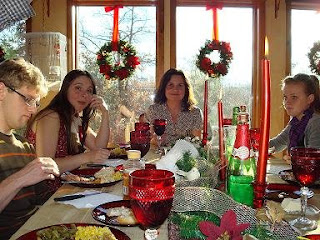 This is me at the head of the table. My daughter Ashley is to MY right, she'll hate me for posting this terrible photograph of her. LOL! Sorry Ashley, but it was the only photograph I had of you at the table. She must have been chewing when the camera snapped. To my left is Jason's sister, also named Jordan. And would you believe her middle name is Ashley? How funny is that? 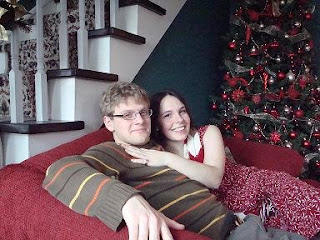 And now for the big, exciting family news I promised you: Jason asked Ashley to marry him on Thanksgiving Day. A summer of 2010 wedding will be planned. Jason wanted the whole family to be there when he proposed. He gave her this ring for their engagement. It has both their birthstones in it. Ashley was thrilled with the ring because she always dreamed that someday her engagement ring would have color in it.


I hope your Thanksgiving Day was as wonderful as ours. God bless you all, and expect to see lots of Wedding Posts in the next Eighteen months! If anyone has any suggestions or wedding projects to share with me, I would love to hear them! Amy 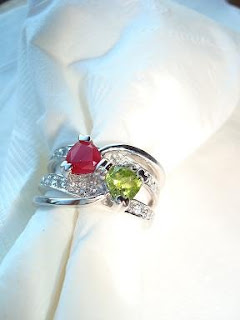