Hello!  A woman at my church asked me to help her make some Christian Wall Art for the church.  She bought the frames at Walmart for $8.00 a piece and everything else is just paper scraps from my stash.  She had three frames:  two 8x10's and one 11x14.

After I got an idea of what style she was looking for, I pulled out multiple paper stacks from my collection and had her pick out six sheets of paper that she liked the most.  The stack she chose was from DCWV "Old World Stack".  The animal prints came from DCWV 'Animal Stack'. 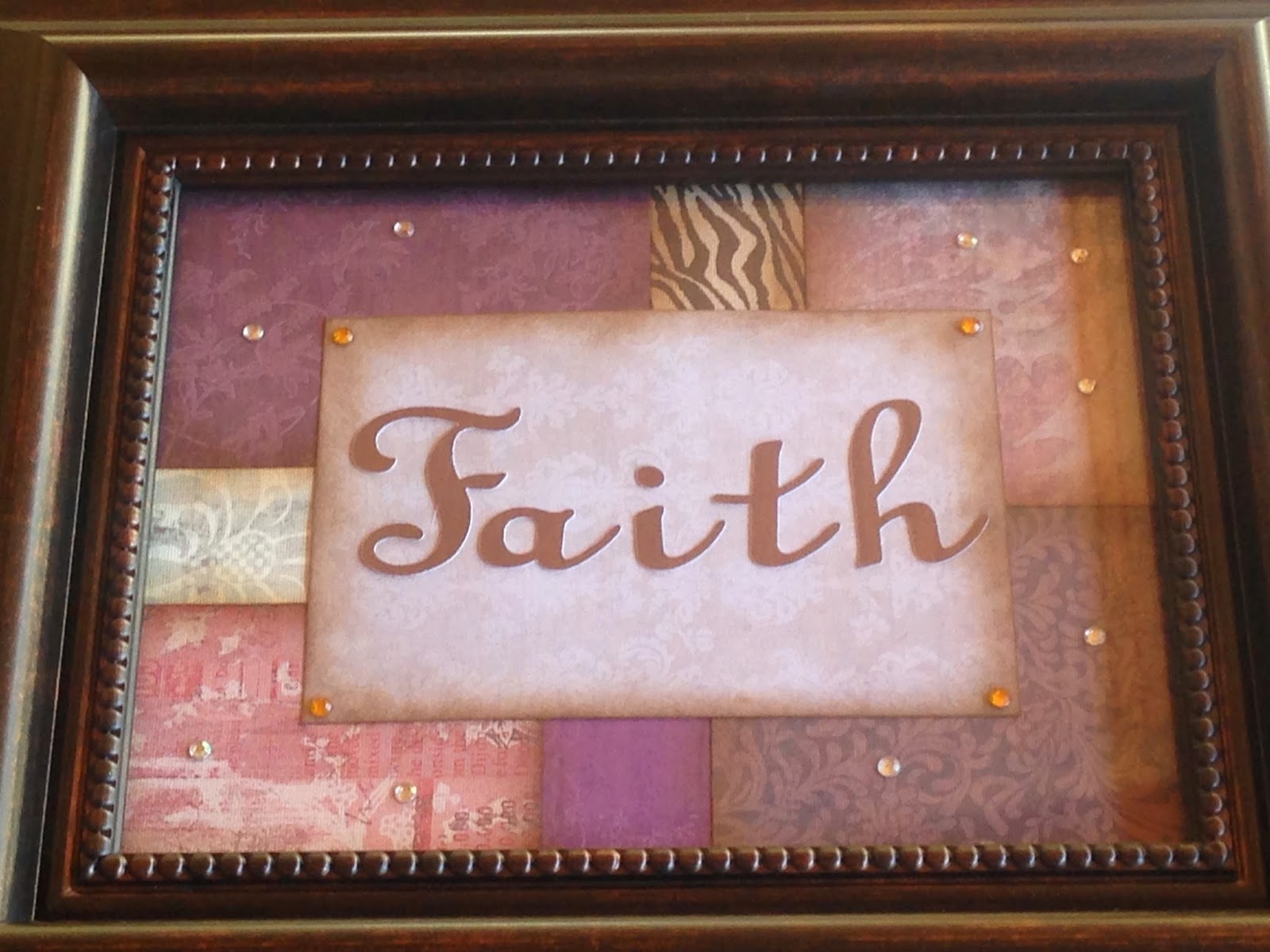 After the papers were chosen, I had her lay out a design that she liked, and then I cut them.  The edges of all the papers were inked with Chocolate Chip ink before being glued down to a piece of card stock. 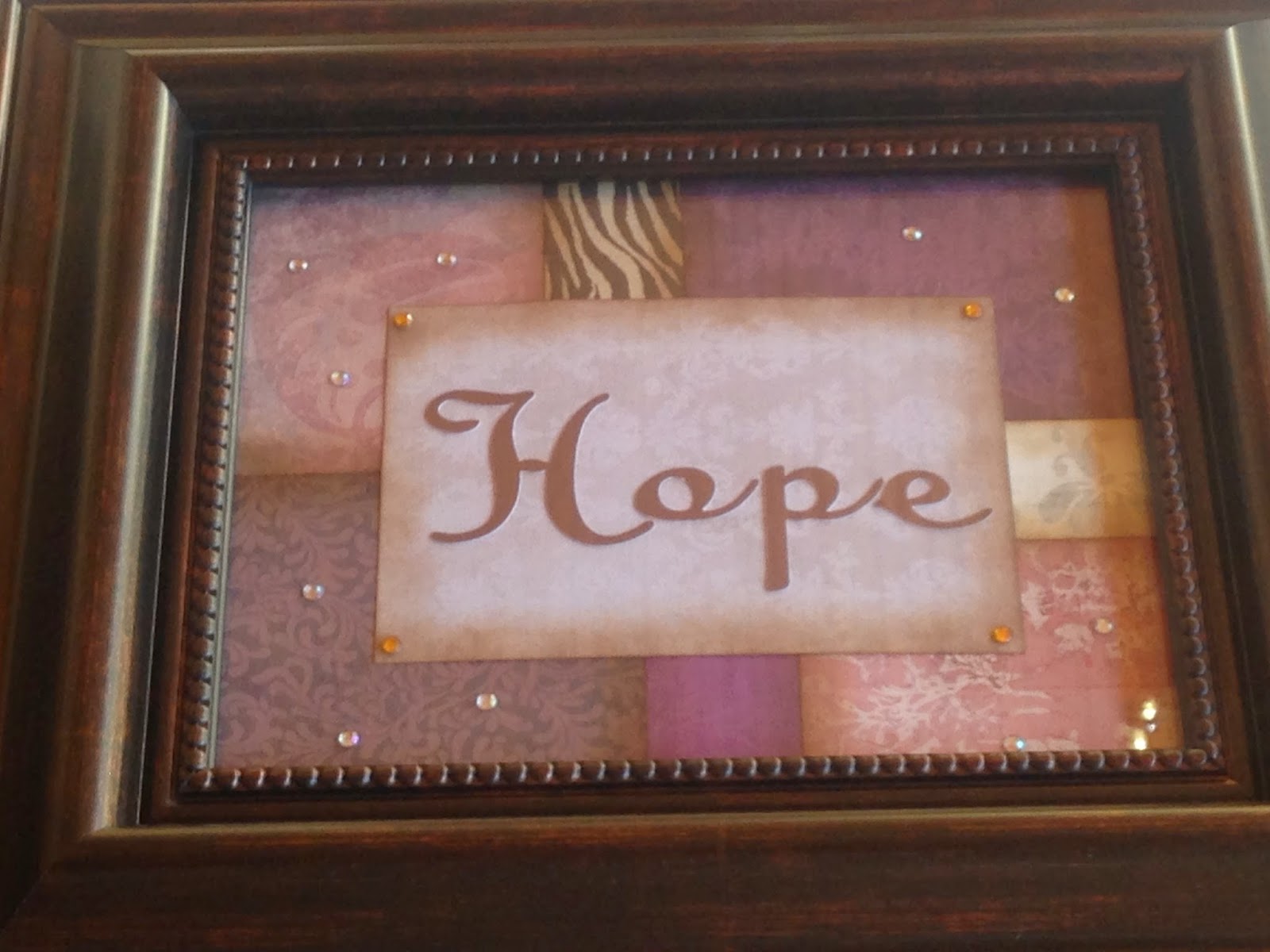 The words were made with my Cricut Machine.  Each piece was then finished of with adhesive crystals. 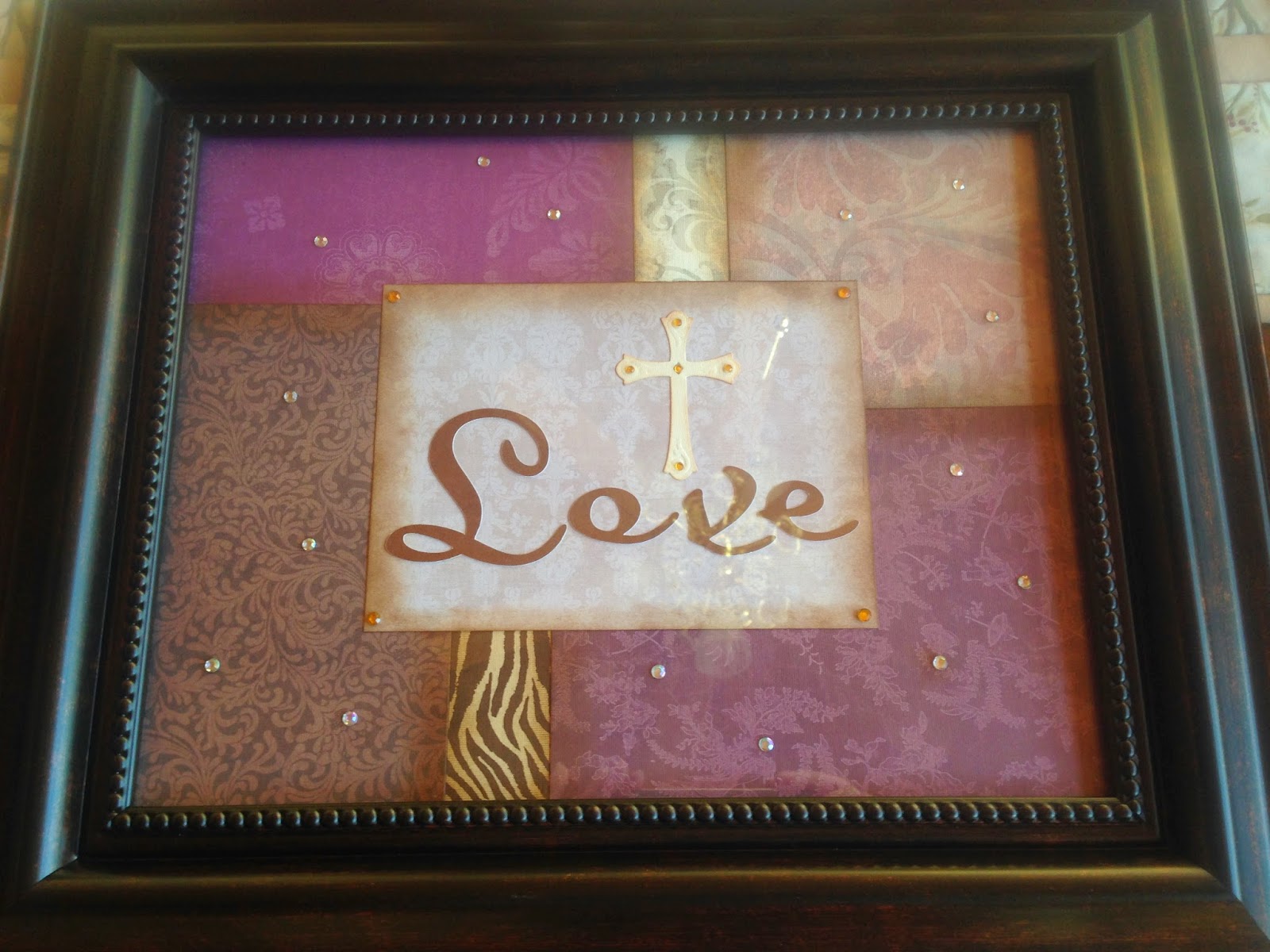 The largest, center picture is the focal point of the art work.  So we decided to add a cross to make that one different.  We also changed the order of the designer papers.  The cross was cut with a Spellbinder's Nestability die and then we added four gold rhinestones to it.

The entire project took four hours with two people working on it.  If I were doing it by myself, it would have taken twice as long.  The only cost was the frames, since I already had everything we needed to complete the project.

Linking up with Motivational Monday.