This is a continuation of a travel series to The Great West.  To start at the beginning, go HERE,, HERE, and
HERE!
In last week's travel post I covered how we spent the morning at Bear Butte State Park hiking the Summit Trail.  It was quite the rigorous trail and we were exhausted afterwards.  We got back in the car and headed to our next destination:  Spearfish Canyon.  The drive was so relaxing.  It was so nice to sit for a spell and enjoy the air conditioning, and of course we stopped for lunch too!
Now we had been to Spearfish Canyon before, back in 2019,  It is a must stop if you're ever in South Dakota because the landscape is quite different than the rest of South Dakota, filled with trees and water!  There are multiple trails and waterfalls on this scenic byway.  If you want to see more, check out my old posts HERE and  HERE!
On our first visit to Spearfish Canyon, somehow we missed one of their more popular trails "Devil's Bathtub" so my husband wanted to return and check it out.  So here we are, back again, two years later! 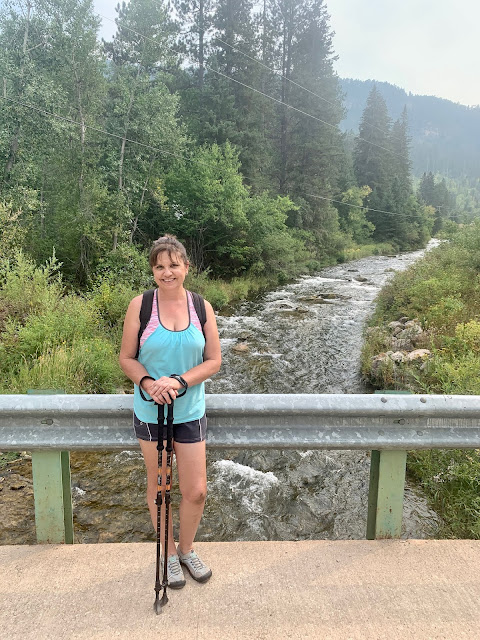 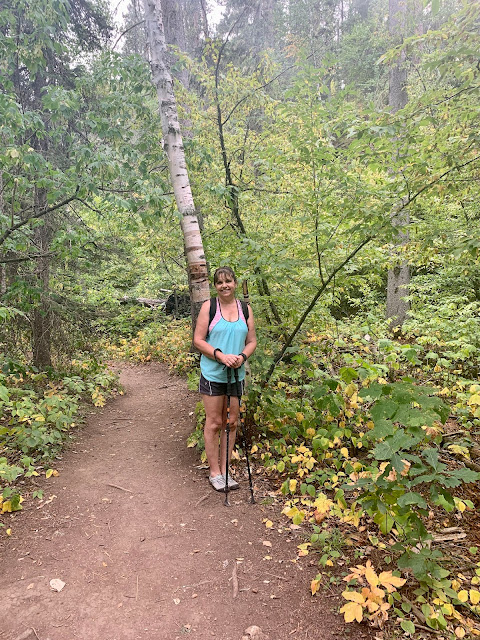 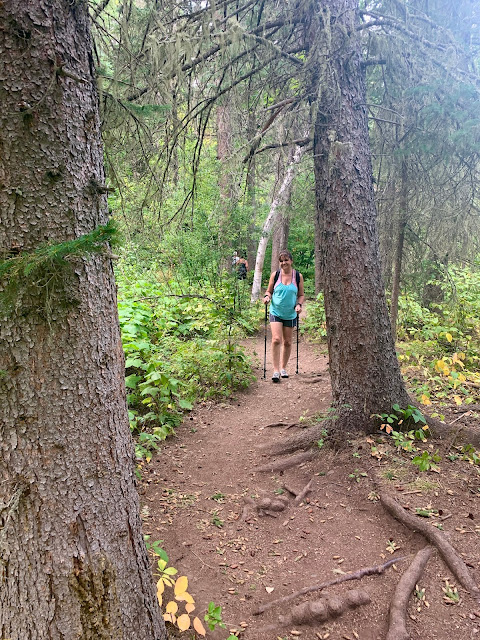 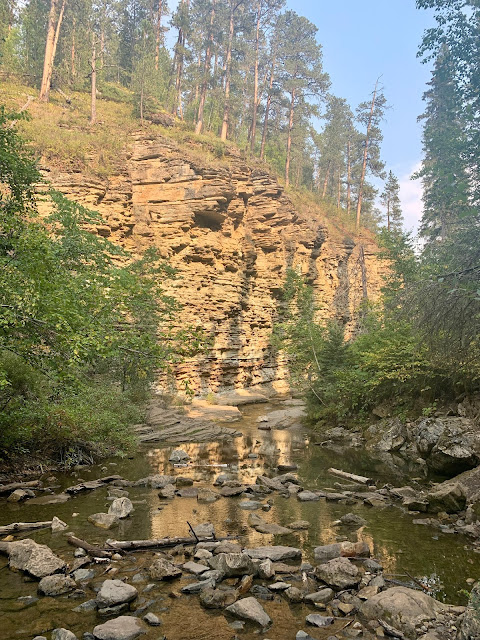 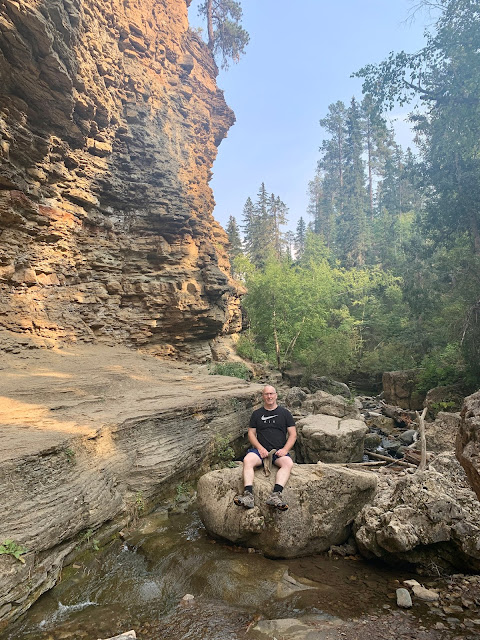 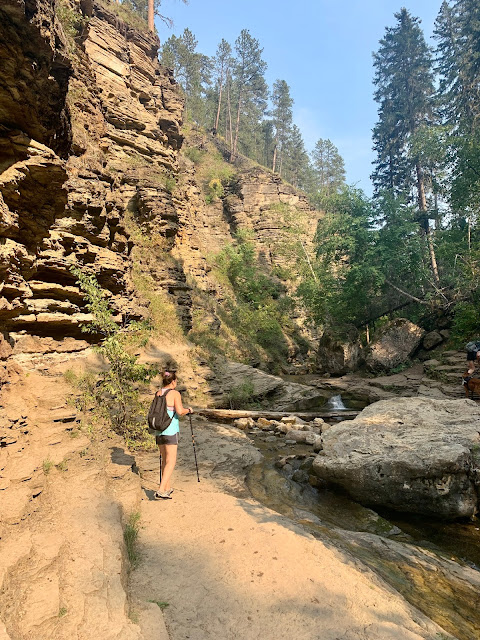 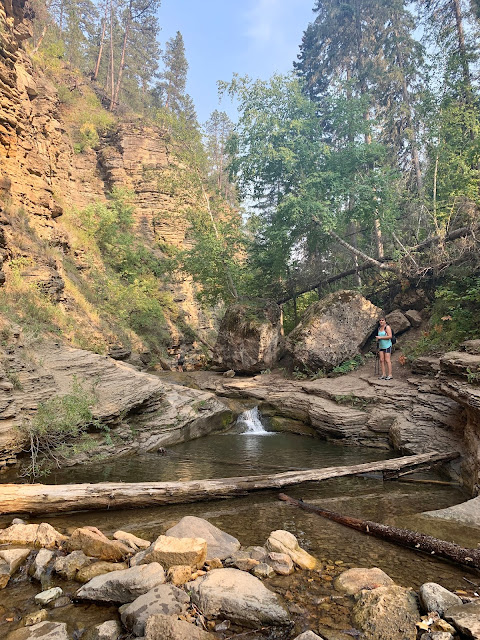 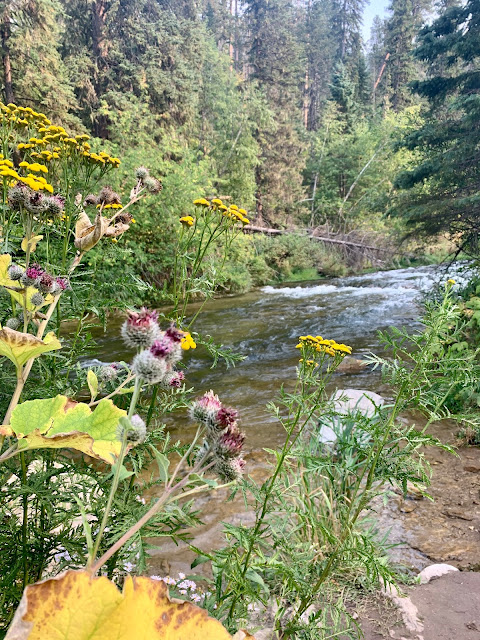 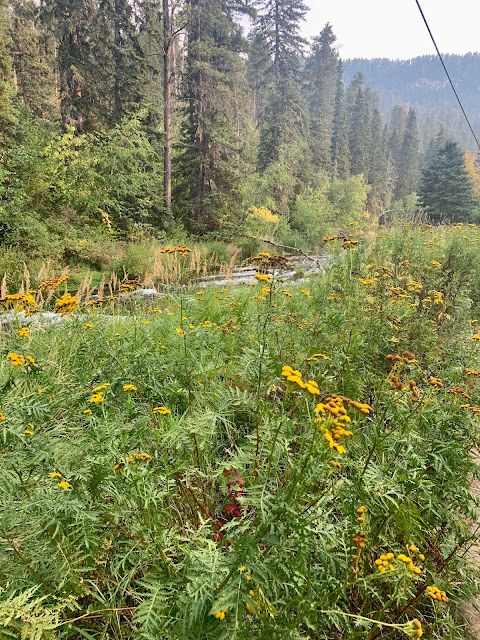 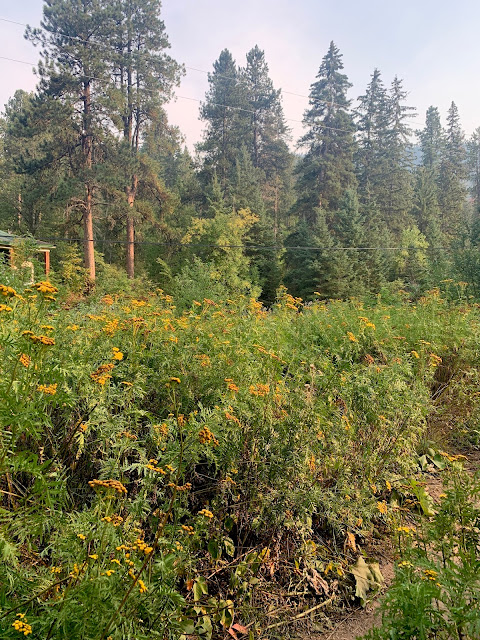