Some of My Favorite Recipes

Now that the gardening season is over,  I have to find other topics to write about on Sundays other than flowers.  That is, until I leave for Florida in a few weeks....then I'll have more flower photos to share!  In the meantime, I wanted to share some of my favorite recipes.  It's actually been something I wanted to do for awhile now, but my problem is that I'm always so eager to my food that I forget to photograph it before I start eating!

This was a soup recipe I found on Pinterest.  My husband picked up LOADS of Italian Sausage for next to nothing so we have a freezer full of it now!  Because of that, I've been trying every Italian Sausage recipe I could get my hands on.  This is an Italian Sausage soup which is said to better than the same version that Olive Garden serves.  I would agree!  It's called Zuppa Toscana and it is DELICIOUS!!!! 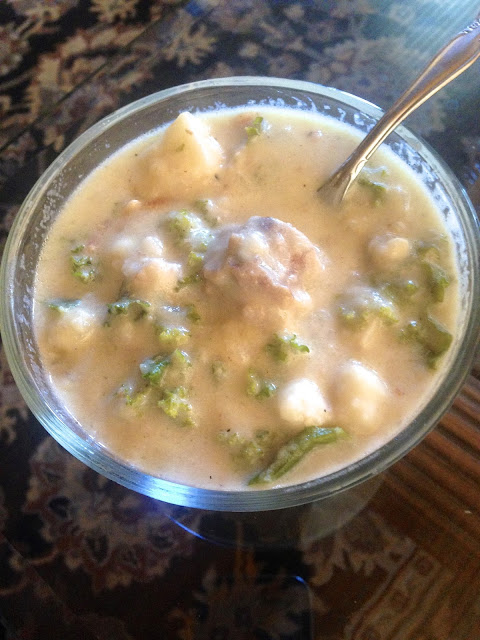 The flavor of this soup is to die for, however, be warned;  I typed all the ingredients of this soup into my IPhone MyFitnessPal App and there 904 calories per serving!  That's almost as many calories that I eat in a day!  I have no idea why this soup is so fattening, but there is one cup of heavy cream in the recipe, so maybe that is the reason.  Everything else is potatoes, kale, bacon, onion, garlic and sausage.  You could try to use 2% milk instead of heavy cream and maybe eliminate the bacon if you want to try a lighter version.  I made it exactly as the recipe and didn't try to decrease the calories/fat;  perhaps that's why it was so good! 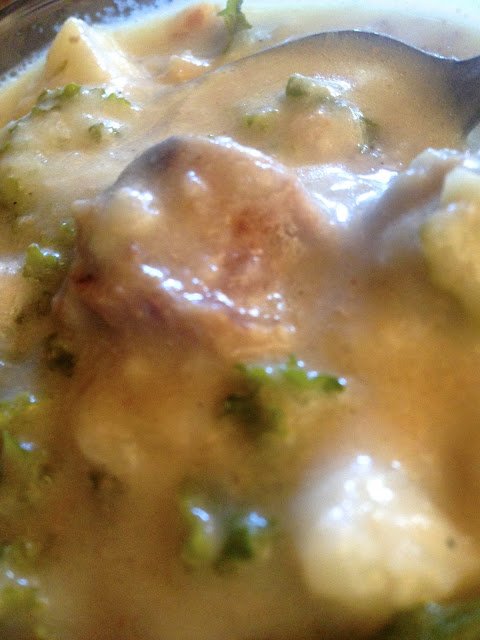 My next recipe is one of my husband's favorite meals, so we eat this at least once a week.  Now this recipe I did amend slightly.  I used Chicken Legs instead of drumsticks (only because I've got a freezer full of those too right now), and I added more vegetables.  The original recipe only calls for carrots and potatoes, but we like an assortment of roasted veggies, so thirty minutes before it's done I add whatever extra veggies I have hanging out in my fridge.  In the picture below I added onion, zucchini, and red pepper;   but I've also used mushrooms as well.

This One Pot Meal of Roasted Drumsticks and Potatoes is so easy to make;  especially if you have a crowd of people to serve.  You basically just throw the chicken and vegetables onto a baking sheet covered in parchment paper, drizzle with olive oil and seasonings, and throw it in the oven.  There's not even any clean up involved, because when it's done,  you just roll up the paper and throw it away!  I love this recipe!!!!! 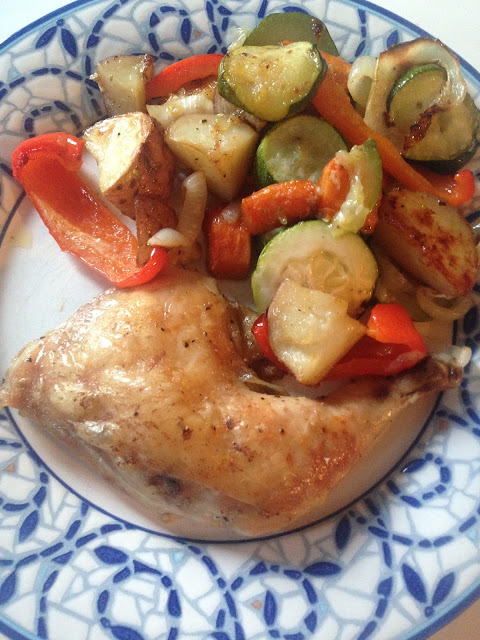 Now for my next favorite recipe I may lose some of you for I know it's not every one's favorite, but it is mine!  MEATLOAF!  I love a good meatloaf, but I think a lot of people have gotten turned off by meatloaf because they had some really bad meatloaves in the past and now they think all meatloaf is bad.  My husband was one of those people.  He hated meatloaf because he thought it was tasteless and dry.  But he loves my meatloaf and gobbles it all up!

I tend to run low on iron, and whenever I feel my body energy start to drain I know it's time to make a meatloaf for it is loaded with iron!

I found this healthier, low carb meatloaf recipe that is the best meatloaf recipe I have ever tried and I use this one all the time now.  It uses oatmeal instead of bread, and only the whites of egg instead of the whole egg.  And even though it is a healthier version:  it is absolutely delicious!  Better even than the fattier, traditional meatloaves!

The recipe is called Home-Style Meat Loaf and you can find it HERE.

I know it looks dry in this picture (I really need to improve in my food photography skills!), but trust me, it is not.  It is super moist!  Here I have it served with roasted red potatoes, corn, and steamed broccoli. 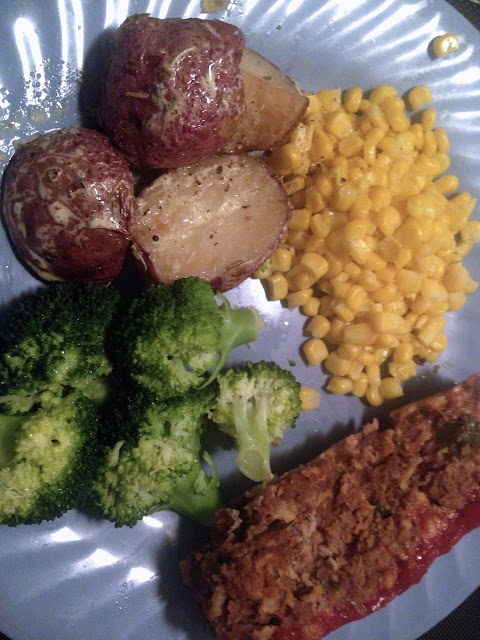 As a side note, even though I try to eat healthy on a regular basis, I do not follow any particular diet nor do I eliminate any food groups from my diet.  I try to stay healthy and fit by exercising five days a week and portion control.  All the pictures above are of food I actually made myself and ate.  They also show the portion sizes I usually consume.  Because the soup had a lot of fat and calories, I ate a very small bowl of it.  Since vegetables have the least amount of calories and are the most nutritious, my plates have more vegetables than meat.

Let me know if you tried any of these recipes and what you thought!  I'd love to hear from you!