My Weekend in Champaign, Illinois

A couple of week's ago I drove down to Wheaton, Illinois to pick up my daughter and take her to Champaign, Illinois for a concert she was performing in.  Ashley moved to Florida last August, but she had a couple of performances scheduled in the Chicago area prior to the move that she had to fly back for.  She needed to drive from the Chicago airport to Champaign, and then needed transportation to and from rehearsals for four days, so rather than rent a car, I was the transportation.  I was happy to do it, for I not only got to see my daughter again but I also got to see a wonderful concert!

My husband however was not so happy.  He couldn't take off of work for he already used all his vacation time for the year, and he really didn't like the idea of me driving alone.  He thinks I'm a bad driver and is always correcting my driving when I'm behind the wheel.  I am not a bad driver;  just a bad backer upper!  I've been driving for over 36 years and I have never been in an accident (unless you count hitting deer and objects/road kill in the road).  :)

But the real reason he didn't want me gone is he was going to miss me.  He has gotten use to me being home when he gets home from work and having our weekends together instead of always apart, like they use to be when I worked retail.  What can I say, I've spoiled him.

But my daughter needed me, so off I went.  Although it was a long eight hour day of driving alone,  it was a beautiful sunny, warm fall day and I got to enjoy lots of glorious fall foliage.  I think I tuned into just about every Christian radio station between here and Champaign, and it was wonderful listening to songs of praise while looking at views like this! 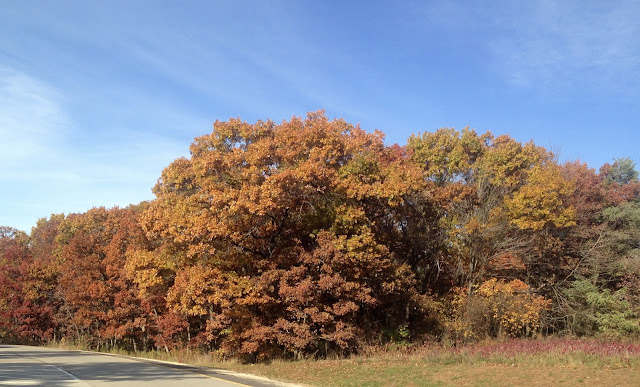 I don't have a whole lot of photos to share of my weekend because I honestly didn't do much other than chauffeur Ashley around.  Most of my time was spent in the car or a coffee shop waiting for Ashley's rehearsal to end.  But I did take a few snippets I think you'd be interested in. 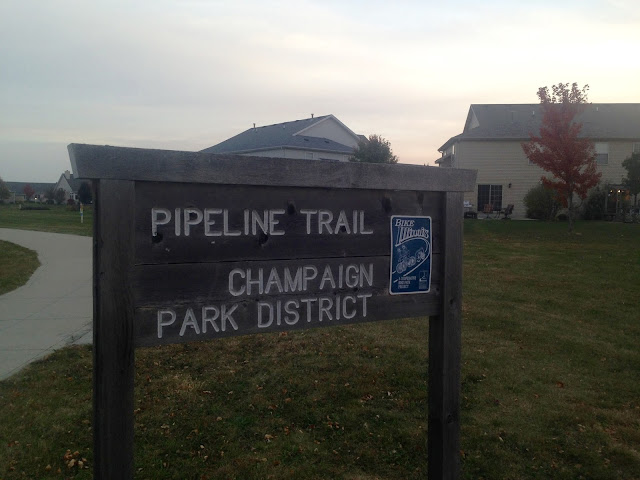 Whenever I travel,  I still like to incorporate some exercise if at all possible.  It is a lot easier to stay in shape, then it is to get back in shape!  Since most of our vacations usually involve hiking in State or National Parks, or walking in big cities, it's usually pretty easy to fit exercise in!  But this trip wasn't a vacation, and it involved a lot of sitting, so I had to make being active a priority. 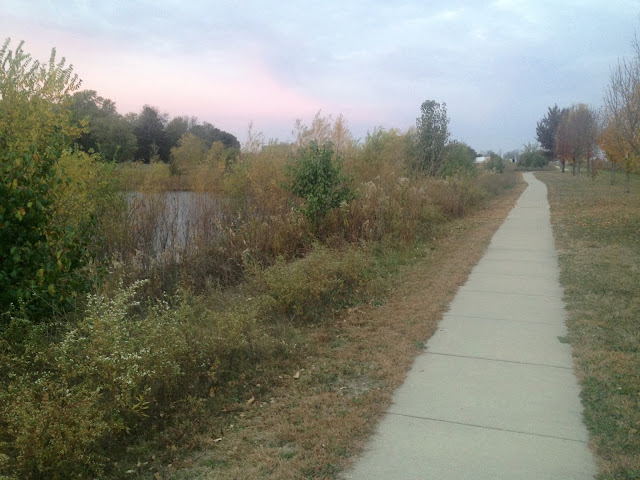 Every morning I rose before dawn and walked this beautiful trail.  It was only about a mile long, so I had to repeat it three times to even come close to my usual workout, but I must admit it is such an easy trail, I was never even out of breath when I was done.

The trail circles around two small lakes (or ponds), and is filled with lots of wildlife.  I got to hear and see the ducks and birds every morning. 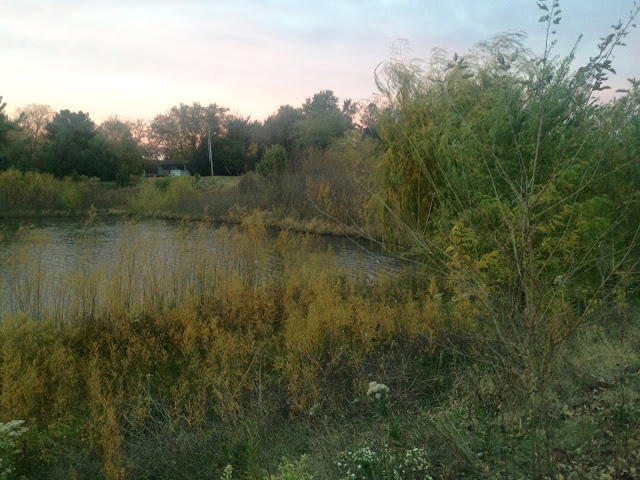 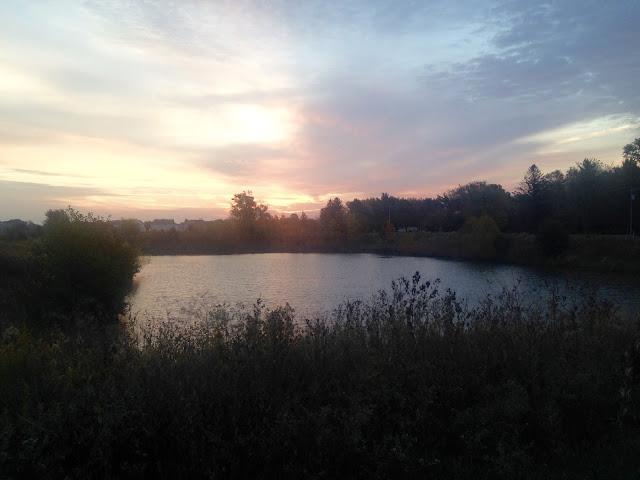 Such a gorgeous sunrise?  Isn't it?

Champaign must be filled with lots of dog lovers, for every morning I think I was the only one walking solo.  Everyone else was walking a dog on this trail! 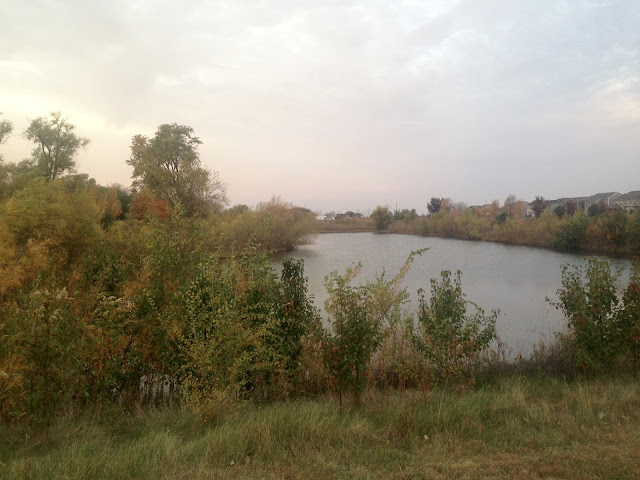 As I already stated, I spent most of my days in a coffee shop called Caffebene.  It was the cutest coffee bar that provided free wi-fi, so I would grab a latte and then blog away!  I certainly got a lot of work done that weekend!

But I also got to enjoy this: 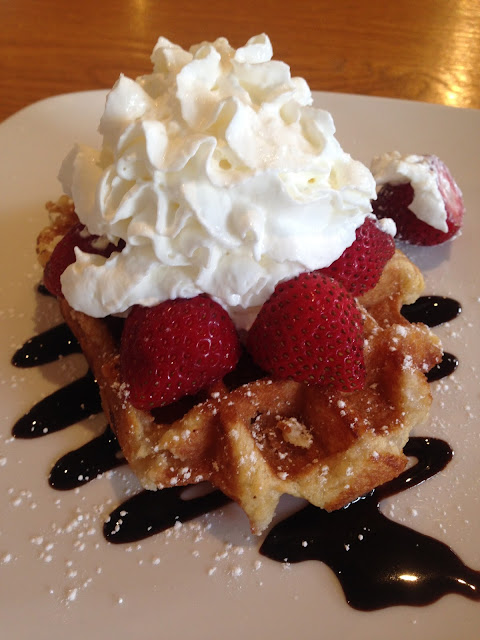 The first time I stopped in the coffee bar I just had a cranberry orange muffin, because I thought that was all they had.  But the next day I saw someone eating a waffle and I thought "I gotta get me some of that!"  Oh my goodness, it was THE BEST WAFFLE I EVER HAD!  It was expensive, $5.00 for one small piece (I could have eaten three more servings!), but it was so good!  I don't know what they did to this waffle, but it did not taste like any waffle I ever had before.  I swear, they deep fried it in butter or something!  And the chocolate sauce was to die for!  I was so mad that I didn't see these waffles on my first visit, or I would have one then instead of a muffin!

But please don't think I was only eating high, sugary carbs all weekend.  My daughter is very health conscious and she cooked all my meals for the weekend.  We had eggs with grass fed beef and sautéed veggies every morning for breakfast (then I would go and eat a muffin or waffle mid morning, with a high sugared latte), spaghetti squash with  sautéed veggies for lunch, and sweet potatoes and sautéed and raw veggies for dinner.  I even had my very first green veggie juice!  Even with all the high calorie and coffee shops treats, by the time the weekend was over I lost two pounds! 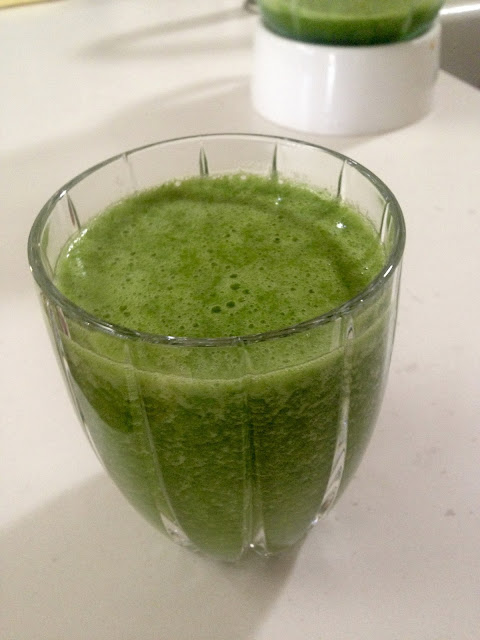 Because our host was so kind to let us stay in her home and use her kitchen, Ashley picked up this pretty bouquet of fall flowers for her and some chocolates.  I just love the colors in this bouquet, especially the deep purple delphinium up against the bright orange daisy. 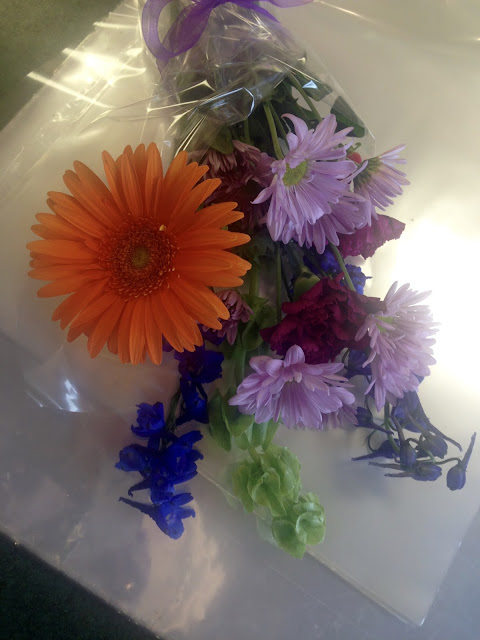 Well I can't conclude this post without telling you how the concert went.   Ashley actually got sick from the airplane five days before the concert and was considering not performing.  Everyone encouraged her to go on, and she did, but it was very stressful.  It ended up being a beautiful concert, and they received a standing ovation.  But she did end up losing her voice after the concert and couldn't even speak for over a week.

I, the proud momma, was surprised and happy to see my little starlet got her own private dressing room, so of course I had to take a picture. 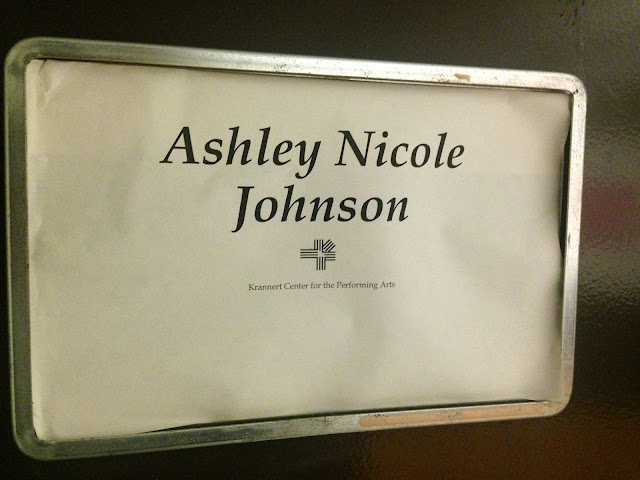 It was really nice for me because it had a seating area so I could be backstage with her before and after her concert.  I've never been permitted to do that at any of her other performances, so it was a real treat. 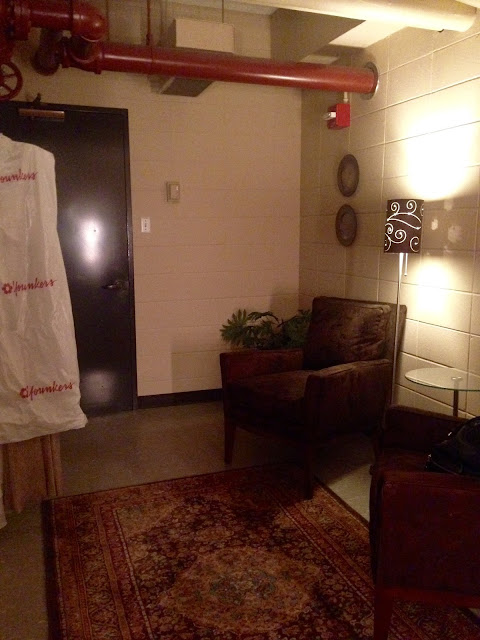 I was not allowed to take any pictures or video of the performance, but I did take this one when it was all over.  The concert was The Creation by Haydn.  Ashley sang the soprano part of Gabriel and Eve. 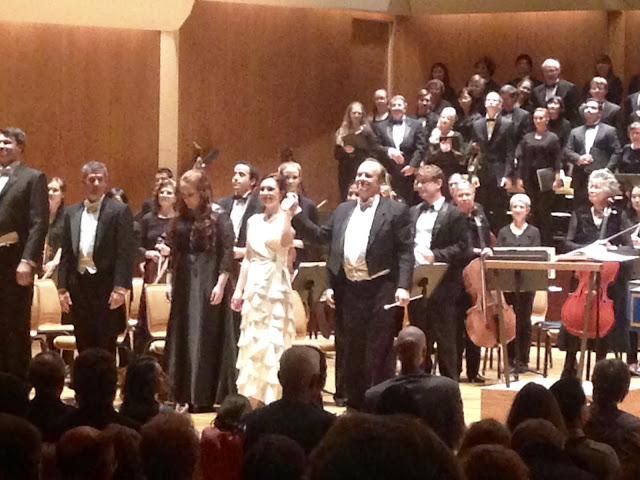 After years of performing, Ashley has a plethora of gowns to choose from and after getting some opinions she decided on this beautiful white gown.  It was a hit with the audience, because it was not only appropriate for the angelic role she sang, but she looked amazing with the orchestra, choir, and her fellow soloists all wearing black and white. 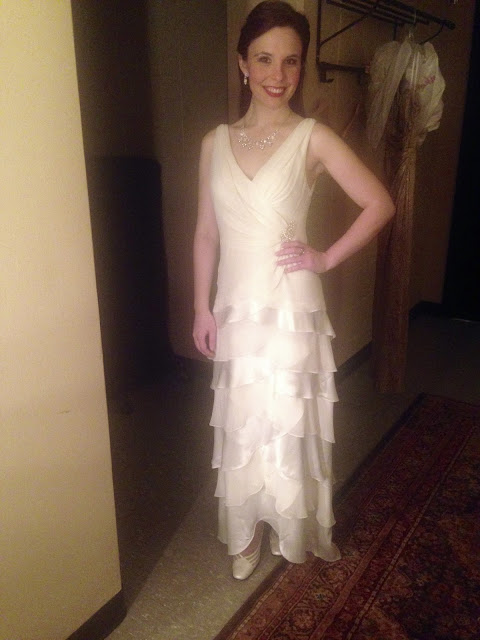 I did get to visit The University of Champaign Arboretum which I wrote about in Sunday's Garden Post HERE if your interested.  And another interesting fact about our weekend was that we were there for Champaign's homecoming game.  Guess who they were playing?  The Wisconsin Badgers!  That made for an interesting weekend.  When the Badgers beat them I said to Ashley "Whatever you do, don't let anyone know that your originally from Wisconsin!"