In last week's craft post I showed you a card I made for my daughter's birthday.  This week's, it's my son-in-law Jason's turn.  His birthday is only two weeks after Ashley and my son Jordan's birthday is August 29th.  Since we had no idea when we would have all three children in the same place again, we decided to celebrate all three of their birthdays at once.

Jason grew up in San Francisco and is a big Disney fan, so I thought he would enjoy this Mickey Mouse card. 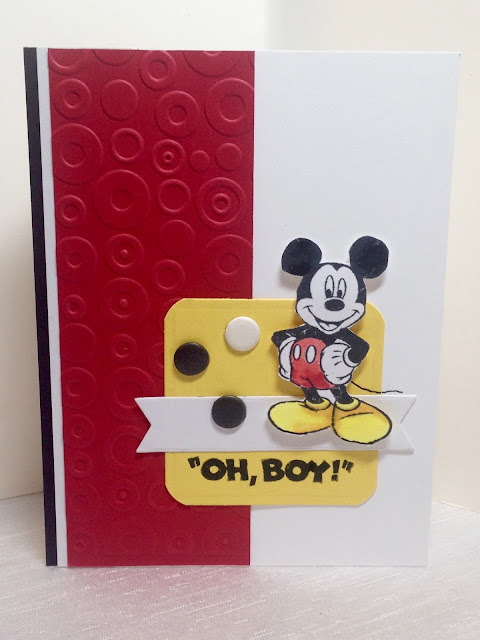 The image and sentiment are from Inkadinkado.  I got the layout for the card from a card on Pinterest. 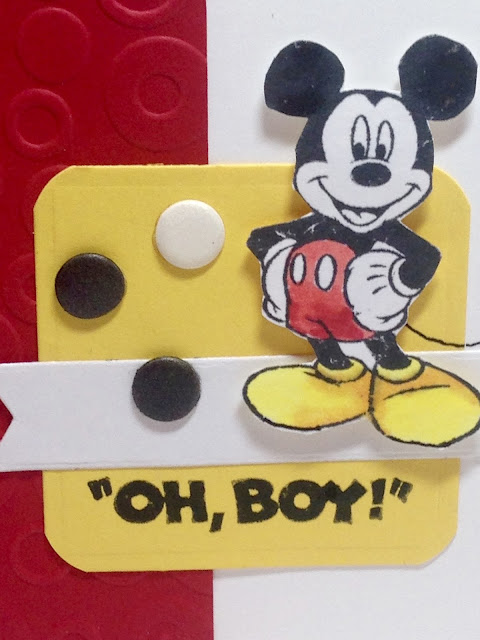 I stamped the Mickey Mouse image on a separate piece of card stock, colored it, cut it out and popped it up on dimensionals.  The red panel was made using a Cuttlebug Embossing Folder.  The banner was cut with a MFT die, and the yellow panel was cut with a Spellbinder Nestability.  I added black and white paper candy dots for embellishment. 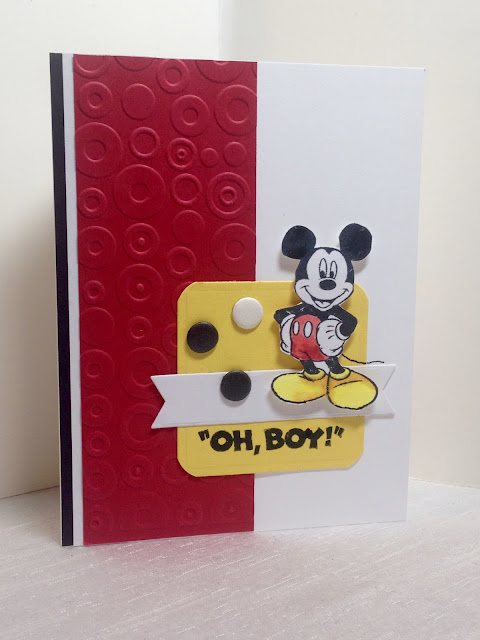 As you can tell by these photos Jason was thrilled with his card.  He even started talking like Mickey Mouse saying "Oh, Boy" over and over again and had me in stitches.  Had I known he was going to do that, I would have video recorded him;  because it was so funny! 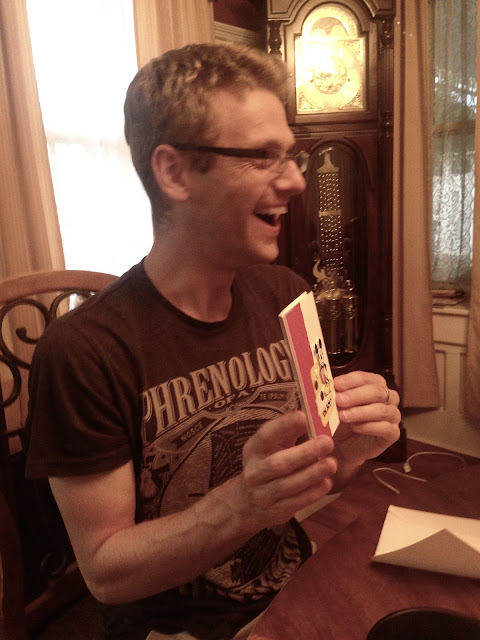 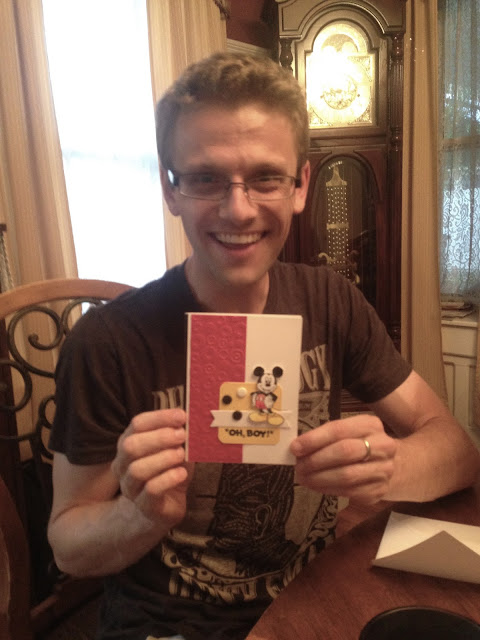 Jason's birthday present from us was this nice athletic wear jacket we picked up on our day trip to Vail, Colorado.  Jason is really into running and we thought he could make good use out of a nice jacket like this.  However, it's such a nice jacket, it's almost too nice to run in and get all sweaty, so he might just be using it as a nice fall coat. 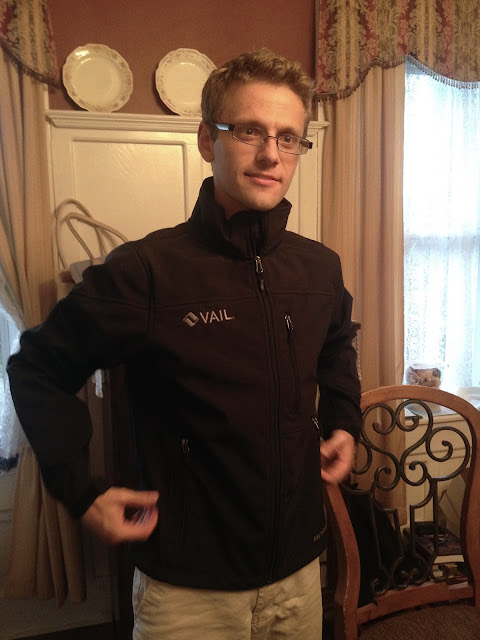