Happy Halloween!  I have been seeing so many fun Halloween photos on Instagram and Blogland.  It seems everyone is planning on having a lot of fun getting dressed up and having a good time today.  I don't plan on doing anything special today, unless you count hiding inside a dark house so the trick-or-treaters think no one is home.  But don't worry.  I did have my husband buy a bag of Reese's in case they find me out!

I did buy candy and gifts, and I made a card for my adult children.  They just texted me today to tell me thank you, so now it's safe to post my Halloween projects since I know they received them.

First up, a scary card!  This was a pre-cut card that I bought in a package of 6 or 8 years ago.  It's just plain white card stock and you can color or decorate it as you wish.  One year, I colored the card.  This year I decided to try glitter.  What a disaster.  It was a reminder to me of how much I hate working with glitter. 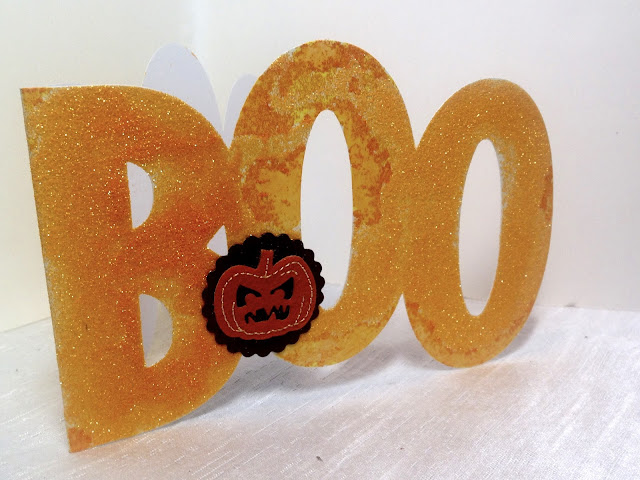 I sprayed the entire card with adhesive spray, but the glitter did not want to stick to all of it evenly.  Rather than throw the card away, I went with it.  I just colored in the bare sections with a marker.  It made it look more spooky that way.

The only other thing I did was add a scary felt pumpkin to the front of the card.  I put the pumpkin over a black, scallop card base to make it pop more. 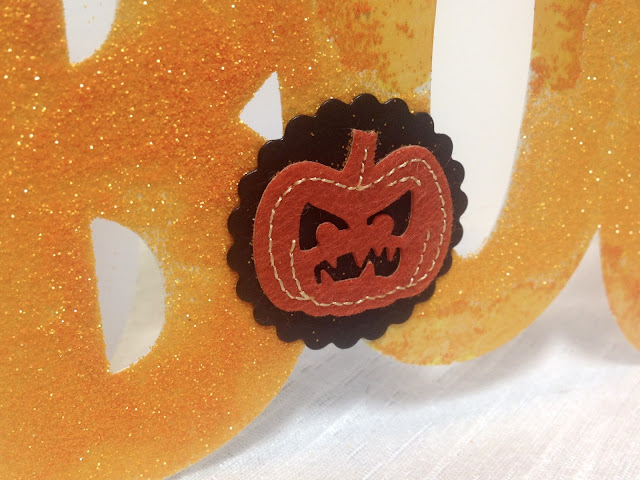 I sent my kids a box filled with different kinds of Halloween candy.  But most of what was in the box was for my son Jordan...who loves candy.  Ashley doesn't eat candy at all so I bought her this pretty journal instead. 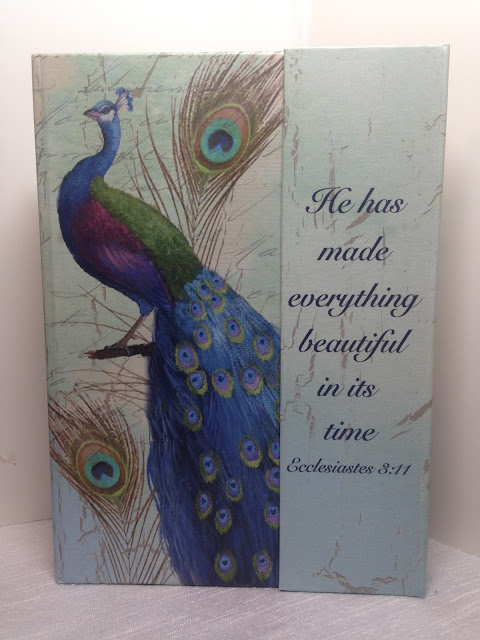 Ashley loves peacocks so I knew she would love this journal. 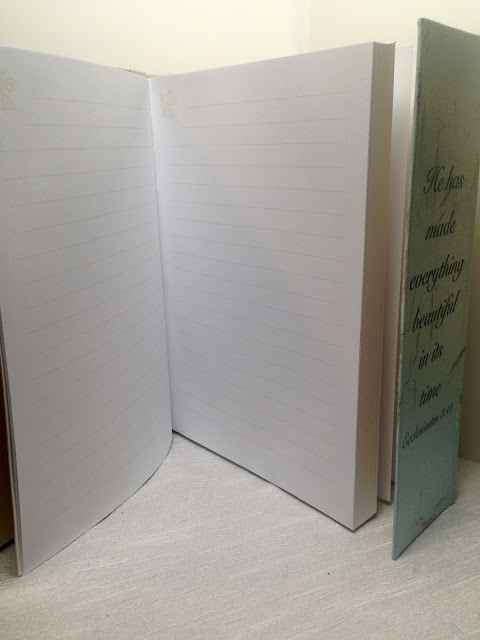 I wrapped the journal with autumn paper from DCWV.  The front has a floral pattern on it, and the back is a coordinating solid. 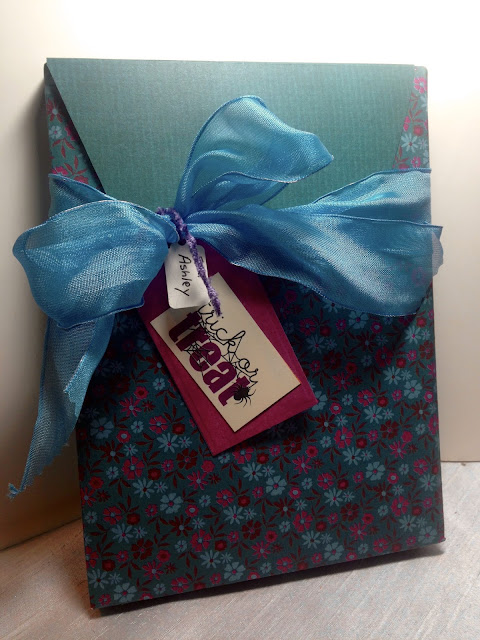 I just laid the book on the paper and scored around it, creating a flap with the solid paper.

I then tied a bow around the book with a pretty ribbon and added a couple of tags.  The little tag was cut with a Martha Stewart Punch and then tied onto the ribbon with a purple piece of fiber.  The bigger tag was made with a Nestie, then I used a sentiment from a Halloween paper stack to attach to the tag. 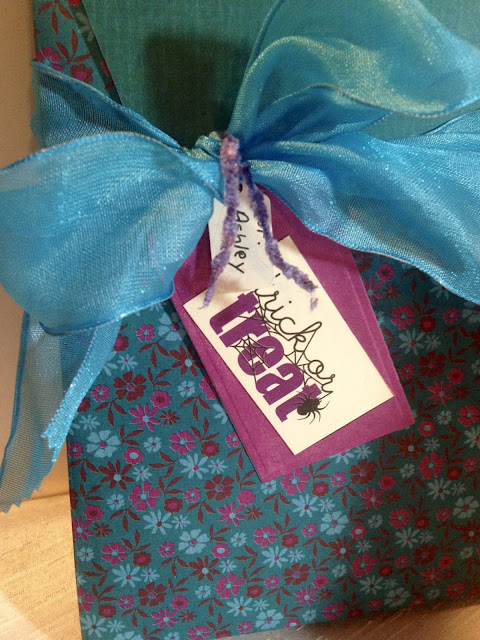 Here is the back of the book. 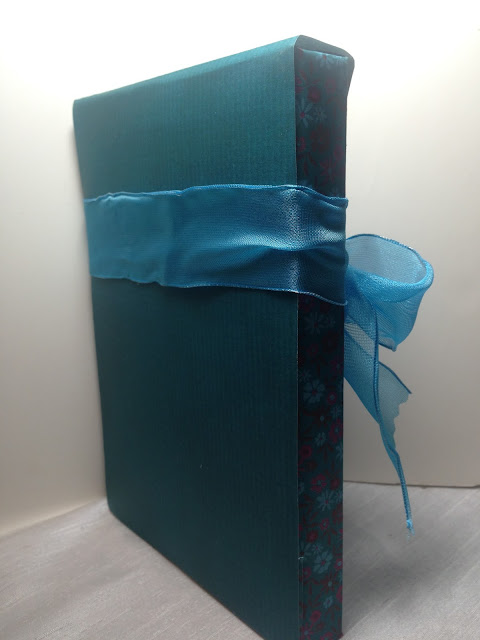 My son-in-law Jason likes candy, but doesn't eat quite as much as Jordan does, so I sent him just two items.  I wrapped them up using autumn paper from the same DCWV stack.

Here's the candy bar before I wrapped it. 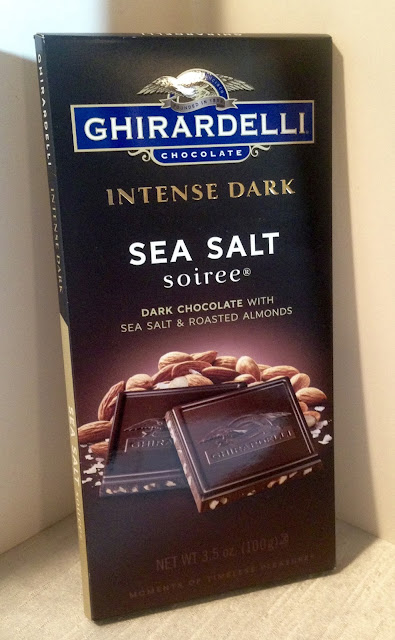 And here it is wrapped.  Again, I just wrapped fall designer paper around the bar, then I added a ribbon.  Raffia and fake leaves were then attached.  The tag was cut with the same Spellbinder's Nestability I used on Ashley's gift.  The pumpkin was made with a CuttleBug Die.  A sentiment was stamped directly on the tag. 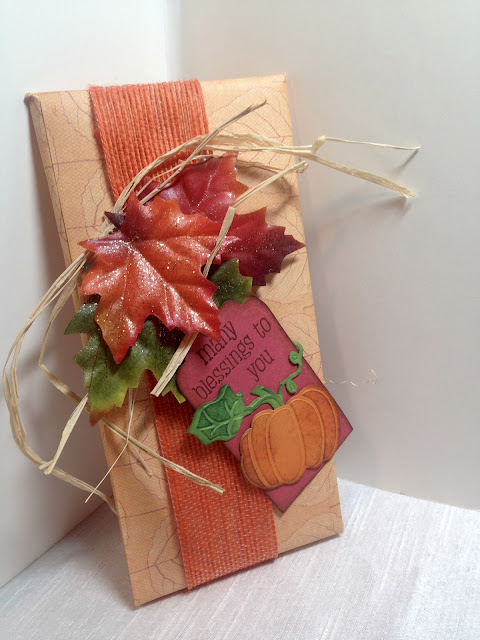 I sponged ink onto the edges of the tag and onto the pumpkin to make everything pop more. 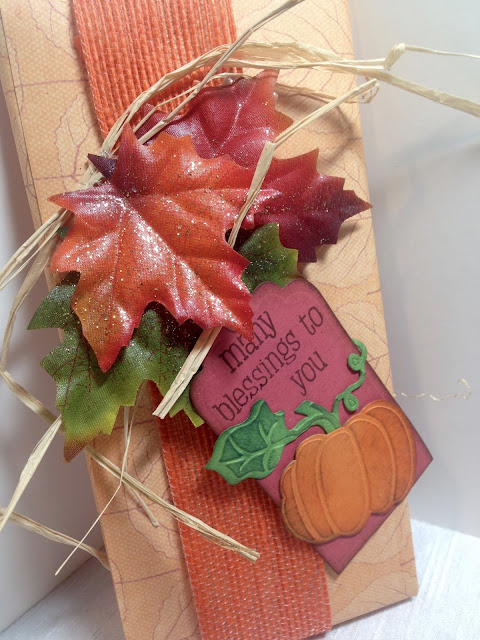 And finally, what would Halloween be without Reese's Peanut Butter Pumpkins???? 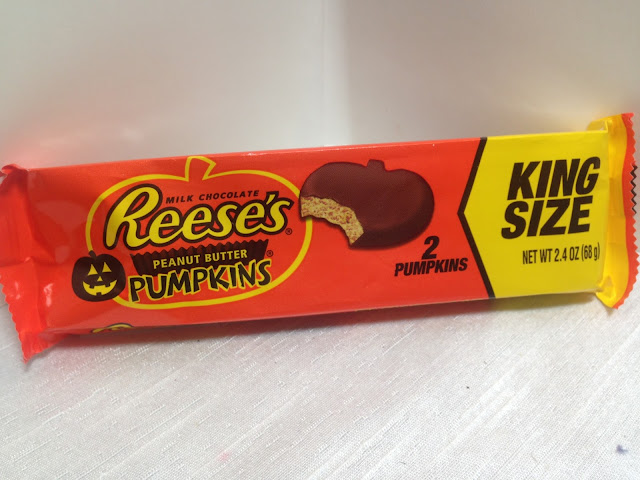 But of course,  a little presentation makes everything more special.  All I did was wrap the bar like a present, but I used fall designer paper instead of gift wrapping paper.  I added some Halloween ribbon and I hand cut a tag from a Halloween paper stack. 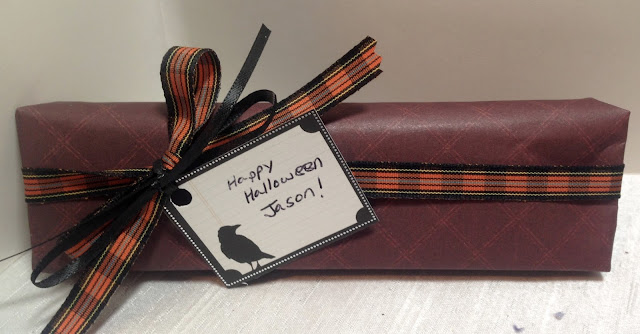 I attached the tag to the ribbon with a separate piece of black ribbon.

Have a safe and Happy Halloween!  Amy