This is a continuation of a travel series to The Great West.  To start at the beginning, go HERE, HERE, and
HERE, HERE, HERE,, HERE, HERE HERE,  HERE, HERE, and HERE
While visiting the sweet little town of Medora, North Dakota I was able to tour two historic homes:  The Von Hoffman House and the Chateau De Mores.  This week I will cover the Von Hoffman House and next week I will show the Chateau.
The Von Hoffman House is located right in the center of town across from the Medora Children's Park on Broadway and 5th.  It was built in 1884 by Peter Brock who owned a brick factory.  The style of the house is "common-bond brick".  I never knew there was such a thing.  Peter also built the Catholic Church:  both the house and church are listed on the National Register of Historic Places. 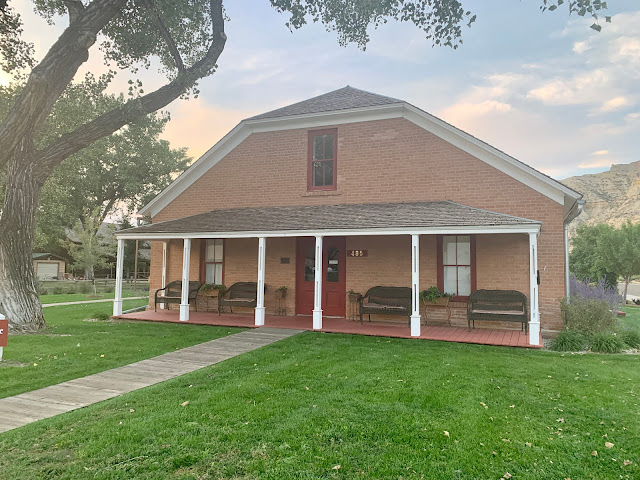 The home was built for the town's founder, Marquis de Mores's in-laws:  Louis and Athenais Von Hoffman.  I guess the Marquis didn't want the in-laws staying in his own house when they visited so he built them their own home.  😀.  JK,  actually it was the Marquis wife who had the home built for her parents as well as the Catholic Church. 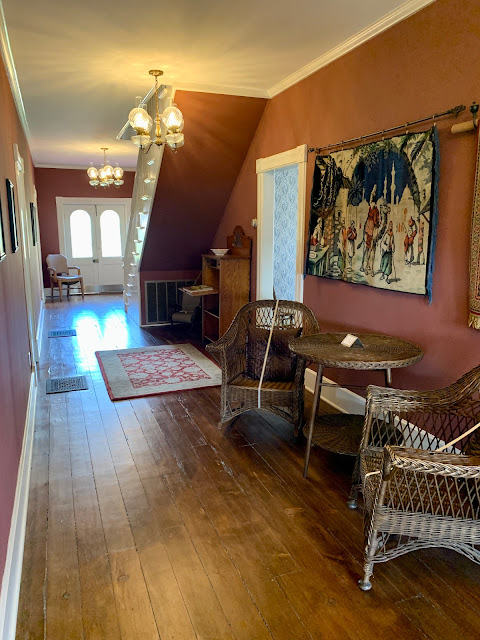 The house was only occupied one summer in 1885 and then never used by the Van Hoffman's again.
In 1890 James Foley moved in after a fire destroyed his home.  The wife of the Marquis, Medora de Mores, transferred ownership of the home to the Foleys in 1914.  Three generations of the Foley family lived in the home and they were servants to the de Mores family.

In 1969 the house was sold to the Harold Schafer Gold Seal Company and turned into a Doll Museum.  Schafer then gave the house to the Theodore Roosevelt Medora Foundation in 1986.  The house was restored in 2012.  Furniture was donated from Foley Family descendant Jim Davis. 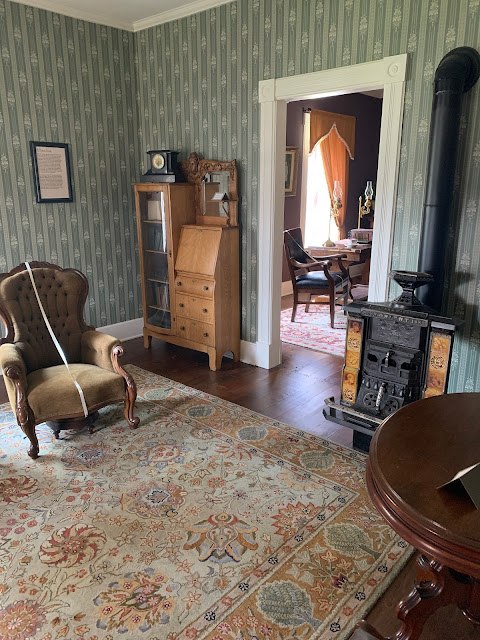 The home features some of the original furnishings and also furniture from the time period.  In addition, correspondence from Theodore Roosevelt to his friend Joe Ferris and his family is also displayed in this home.  If you're wondering who Joe Ferris is, you might want to take a look at last week's post where I walked through the town of Medora and showed the highlights like the "Joe Ferris Grocery Store". 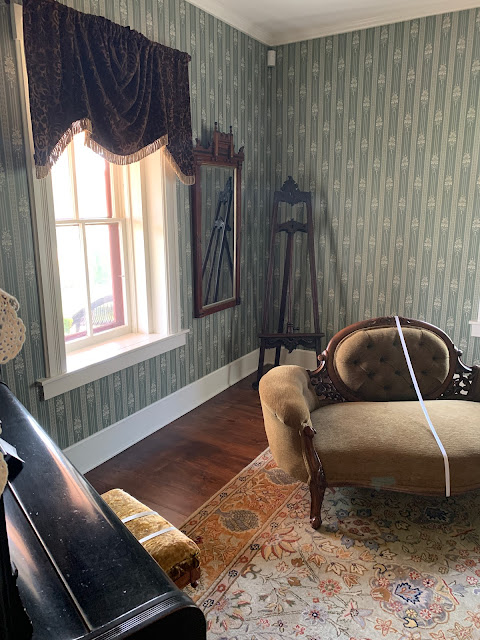 The tour of the home is self guided but there is also someone always on the property to answer any questions you may have. 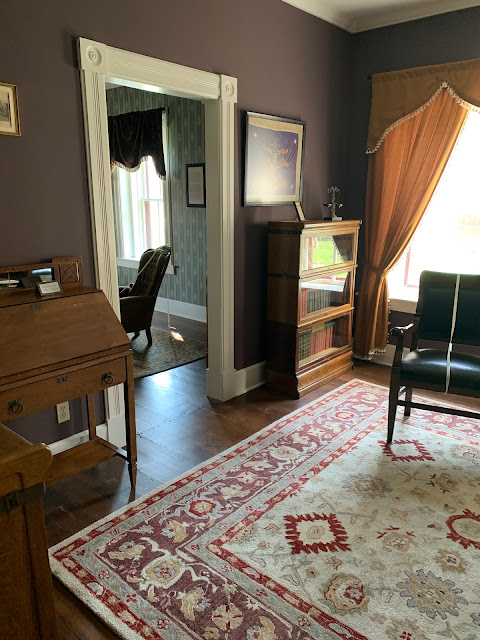 I love old homes, so snooping around one all by myself was a real treat.  There are signs up throughout the home explaining how what rooms and objects were and what they were used for. 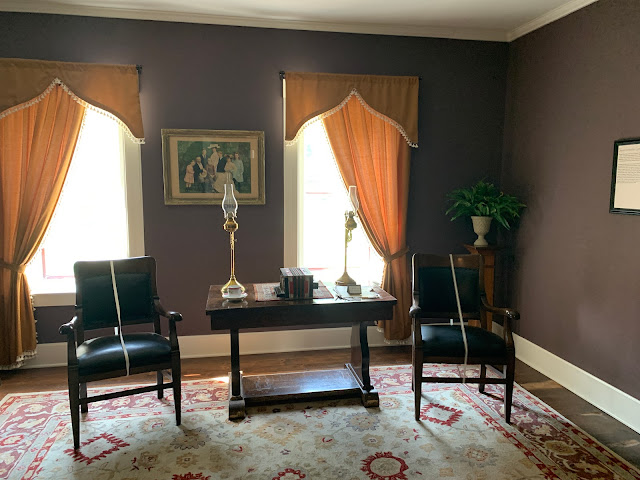 I just loved this old stove in the kitchen! 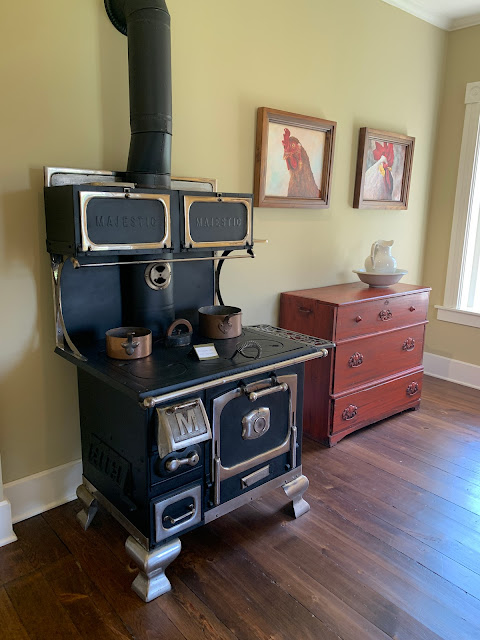 The dining room was so pretty! 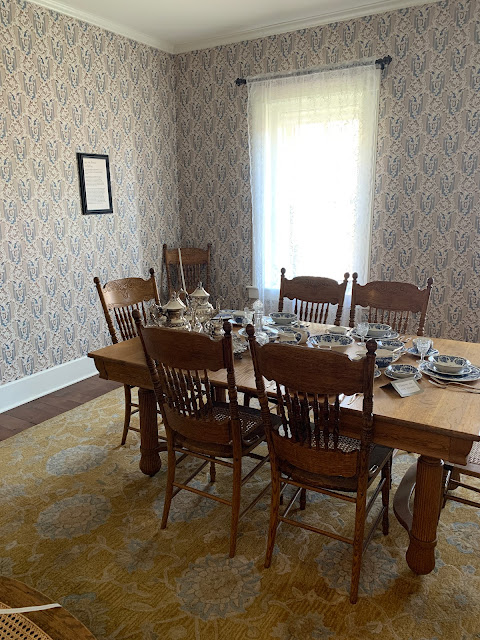 I only took one picture of the upstairs.  I don't remember why. 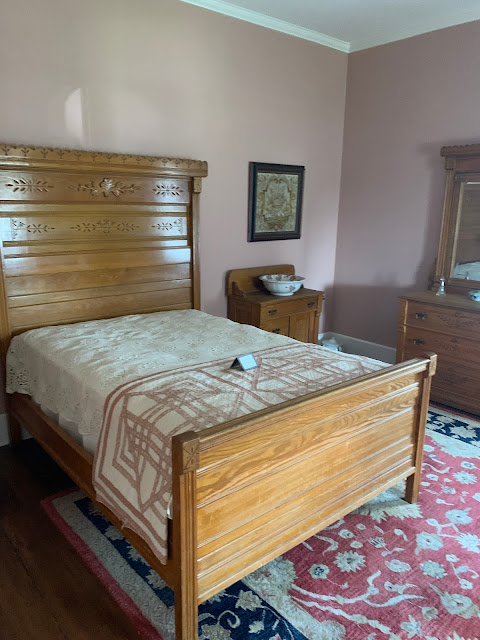 The Von Hoffman House is free to the public but there is a donation box located by the door.  They are open every day 12-5 during the tourist season.
Have a Great Day!  Amy
Linking Up with these Fabulous Blogs HERE!