Hello!  Blue is one of my go- to colors whenever I need a peaceful or serene card.  We recently had a woman at my church who's step daughter lost her very long battle with cancer.  She was only a few years older than me, so it was a very sad occasion, but, expected.   Because the mother and daughter were both Christians,   I chose to do a Christian sympathy card and I used the color blue because I know the daughter finally had comfort from pain and peace of mind and spirit of where she is going.

My main focal point on the card is the cross, which is a Spellbinder's Nestability.  I have it mounted up on dimensionals.  I used a corner rounder on the blue panel underneath the cross so I could add a few pearls.  I put a strip of glittery silver ribbon in between the blue panel and the ivory designer paper.  Everything was then mounted onto another piece of designer paper and then those corners were finished off with some metallic designer papers that I cut with a Sizzix die. 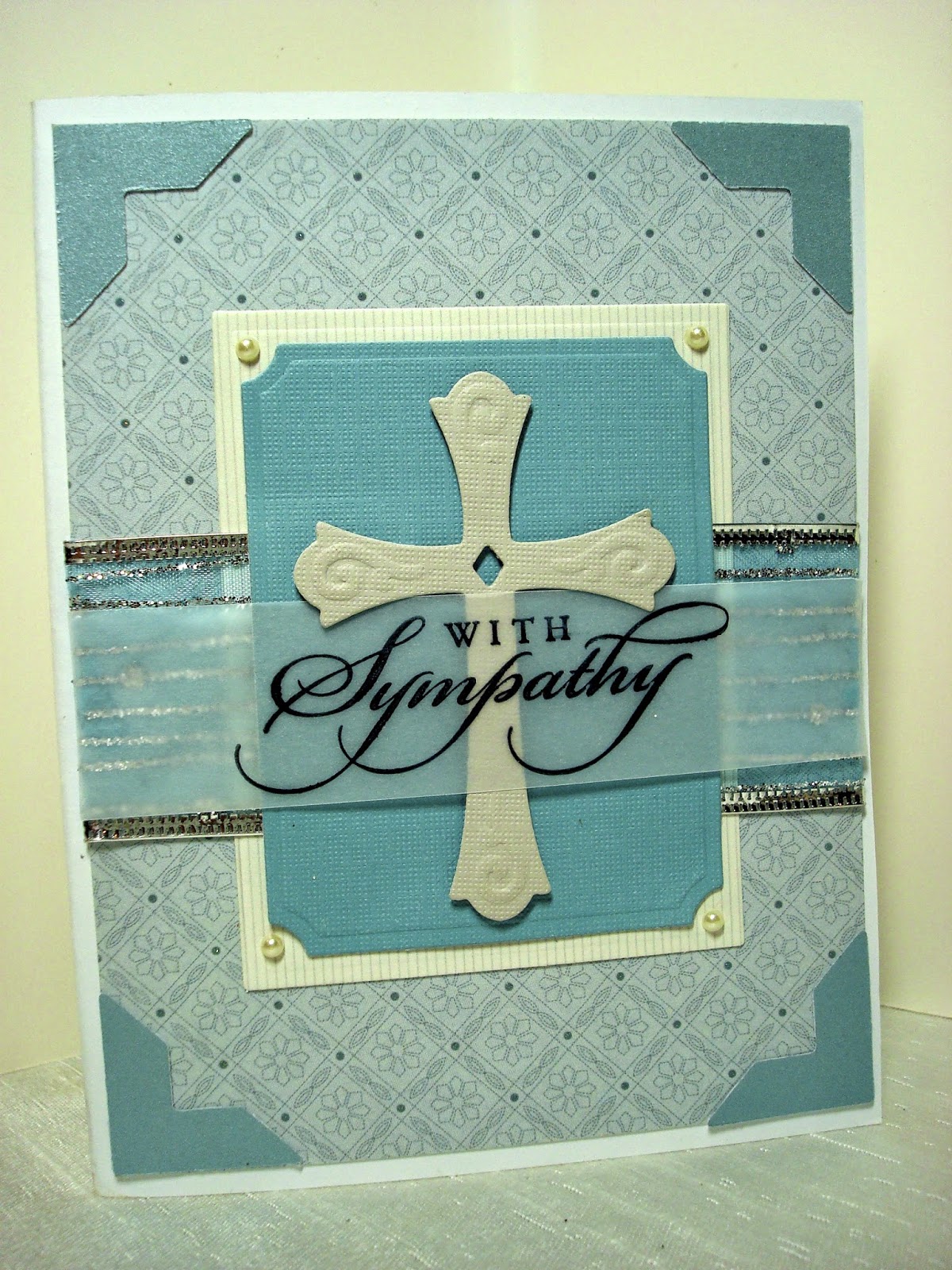 I had a hard time figuring out where to put a sentiment on this card, so I ended up stamping it on vellum and then adhering the strip right over the cross.