While visiting the beautiful city of St. Augustine over Thanksgiving, we took a brief break from the shopping district to explore an old fort right across the street.  We were only in the city for a few hours, so we didn't want to pay the $10.00 admission to see the inside because we felt we didn't have time to get our money's worth.  However, it is free and open to the public to walk around the grounds of the fort and you can still see the war re-enactment from below...which we did.  Because the grounds are now a State Park, they also have a Park Ranger standing at the base of the fort, below the canons,  to explain to tourists what the soldiers are doing are why.  I thought it was nice that they did this, for not everyone can afford to pay the admission price and they can still learn about history. 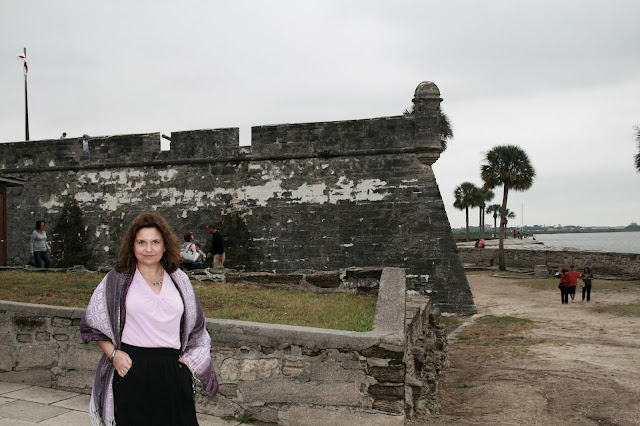 The sand surrounding the fort that you see everyone walking on was actually originally a moat.  The outer rock wall is what separates the fort from the Atlantic Ocean. 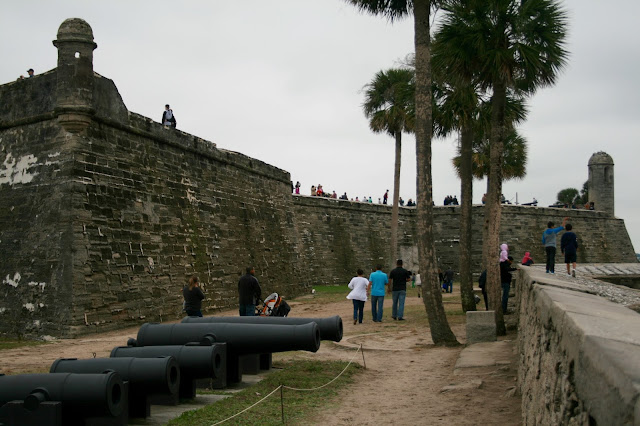 Do you see the man in uniform standing next to the canon?  He is explaining to the crowd how the soldiers of this fort defended themselves from their enemies. 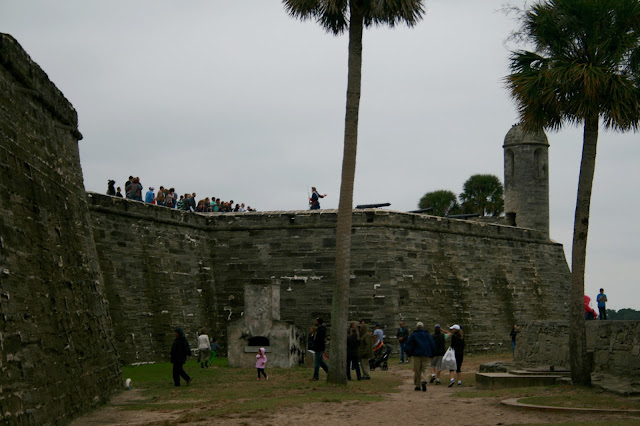 They shot off their canons while we there.  It was fun to watch....especially when a flock of birds suddenly flew into the air from the sound! 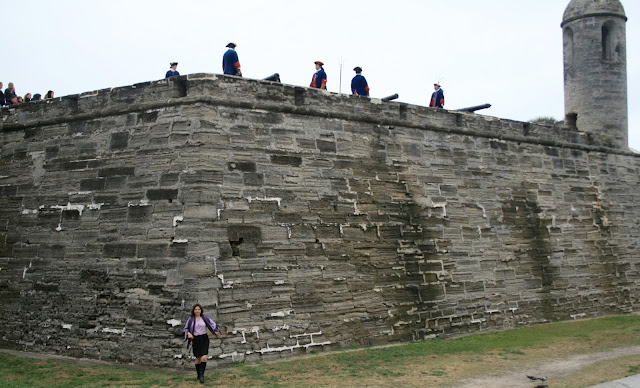 Here the soldiers are preparing to shoot their canons. 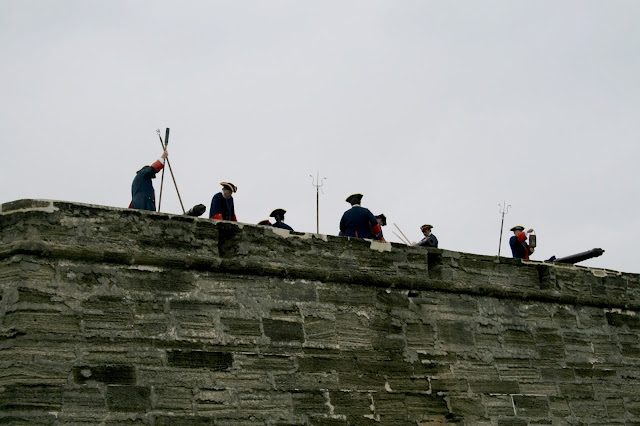 Castillo de San Marcos is the oldest masonry fort in the continental United States.  Construction began in 1672 when Florida was part of the Spanish empire. 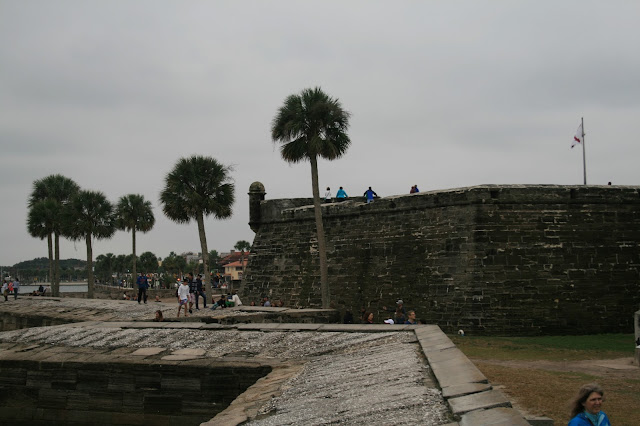 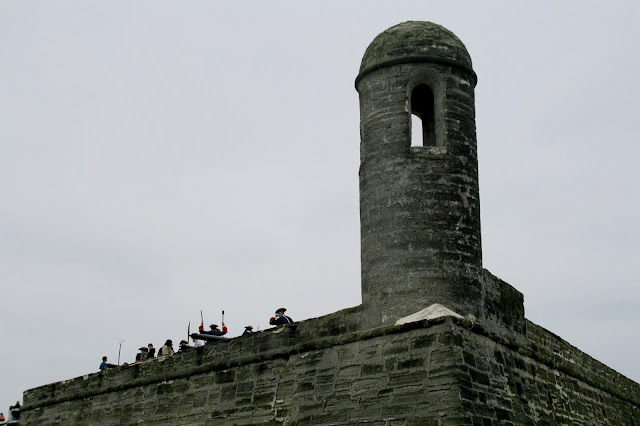 This corner of the fort faces directly out over the Atlantic Ocean.  I can only imagine the views from up there!  They would certainly be able to spot their enemies coming! 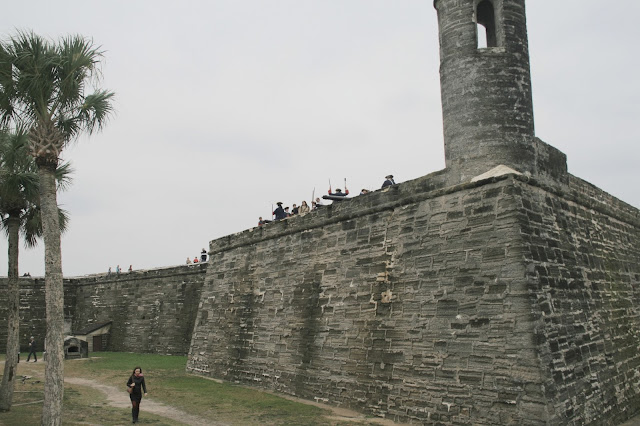 My son-in-law Jason (walking with the umbrella) made me a nervous wreck walking along the stone wall above the ocean waters.  He was even doing hand stands on this wall!  I have lots of fun and interesting pictures to show you of the kids having fun on this wall, but I will save those for another day! 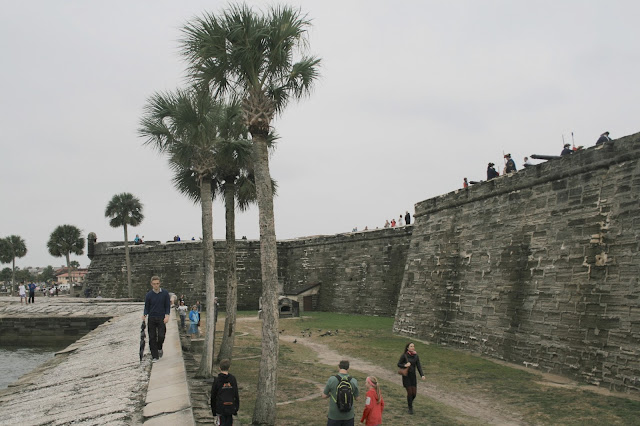 We walked around the entire fort.  I couldn't believe the size of this place! 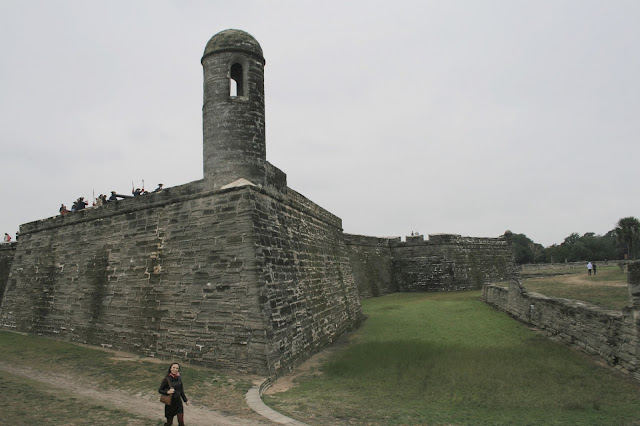 When the United States acquired this fort in the 1800's, it was unfortunately used as prison for Native Americans. 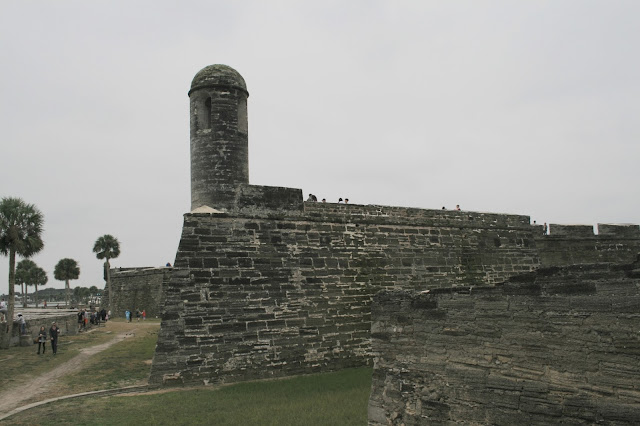 When I walked up close to the fort and examined the rock I saw lots of bullet holes.  The rock also was filled sea shells for it is made of a stone called coquina; which is made of ancient shells which have bonded together to form a type of stone similar to limestone. 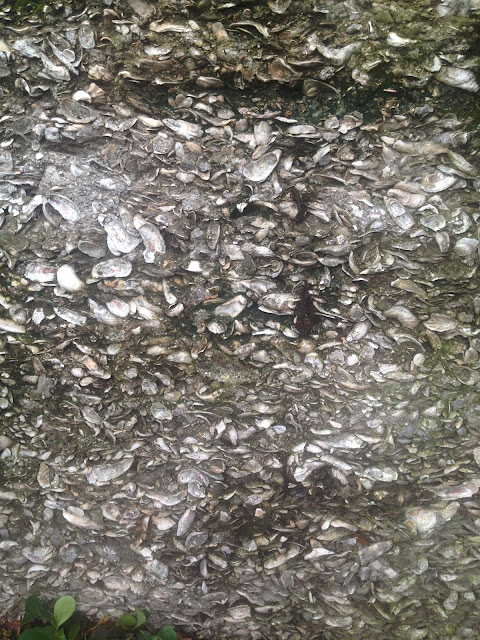 To get an idea of the scale of this fort, the moat, and the shape, here is an antique photo with an aerial view: 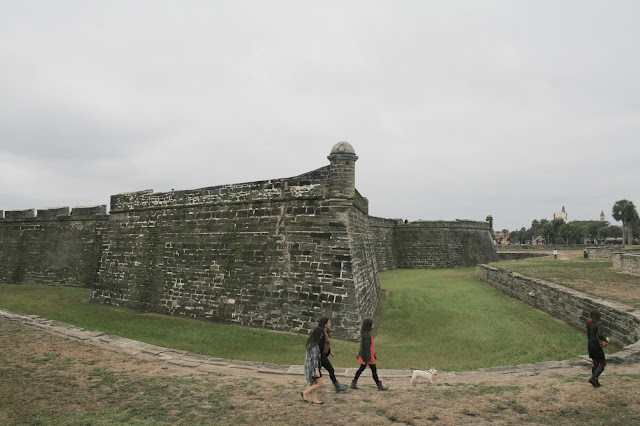 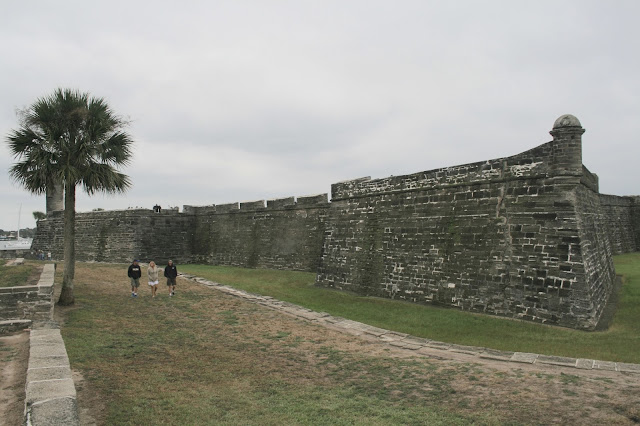 The view of the fort if your back is towards the Atlantic Ocean. 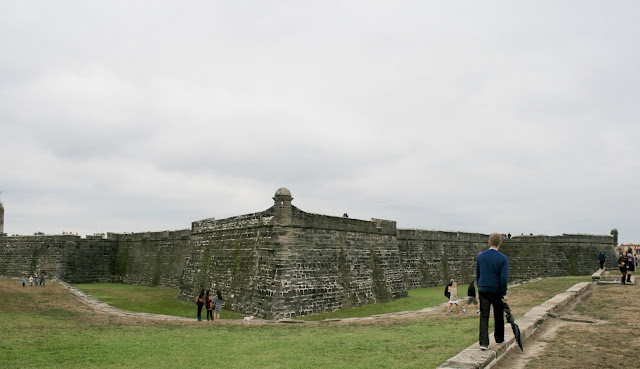 Of course my husband couldn't help but notice that the towers resembled something else and couldn't stop cracking jokes about it.  Oh well, his humor gave me a very big smile for this photograph! 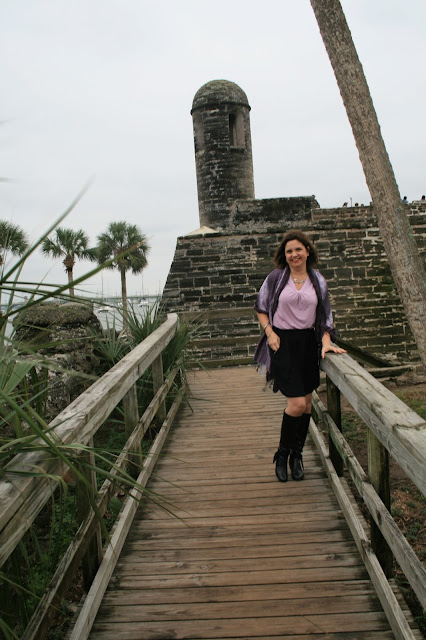 Then of course he had to have his picture taken in front of the tower too as a representation of his manhood!  What a jokester! 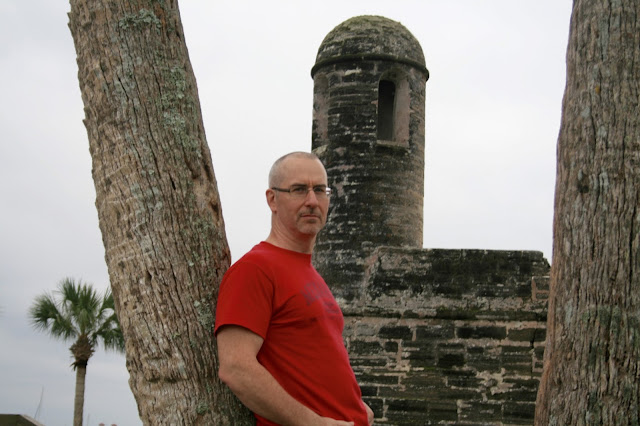 Linking up with these Fabulous Blogs HERE and Travel Tuesday! 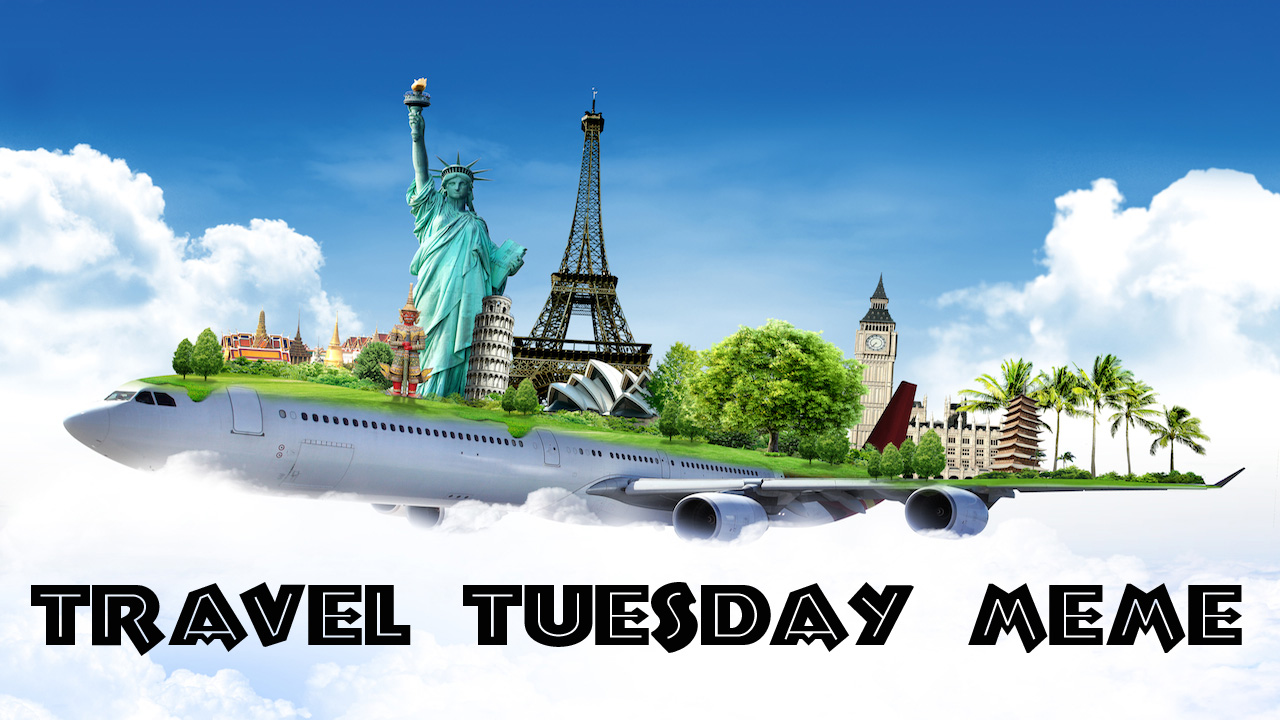