The Last of My February Christmas Cards

The first one uses a digital image by Heather Ellis. I know MFT also sells these images as stamps, but some of them are also available as digitals in Heather's Etsy Store. To make my card, I used JoAnn's 'Peppermint Forest' designer paper. I colored the image with Copic Markers and I added a white gel pen to the berries in the mistletoe. I also added Liquid Applique to the hats, some 'puff balls', and a holiday button. 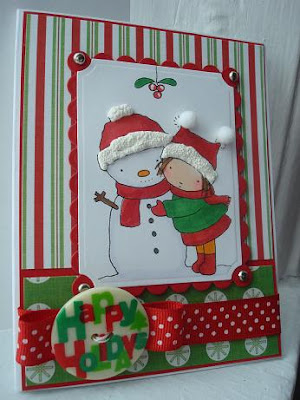 Here is a close up so you can see the detail of the Liquid Applique. 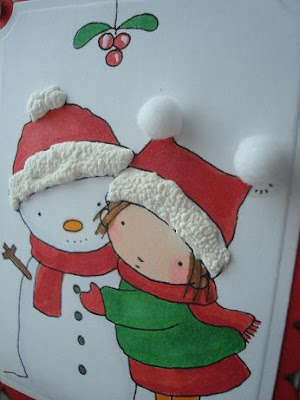 My second card uses last week's sketch from Midnight Madness. This is also another digital image by Heather Ellis. The paper is Cosmo Cricket. I embossed the heart with a Cuttlebug Folder and rubbed some white craft ink over the raised snowflakes. There are Stickles on the Snowflake Die Cuts, the main image is mounted up on dimensionals, and also has Liquid Applique on her fur trim. I love this image. It reminds me so much of how I feel in the winter. UGH! 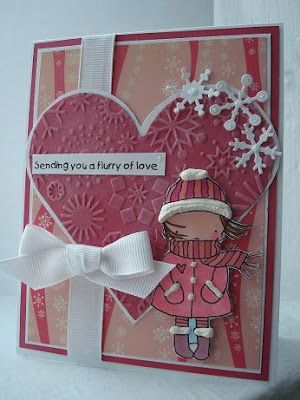 Here is another close-up so you can see the Liquid Applique detail. 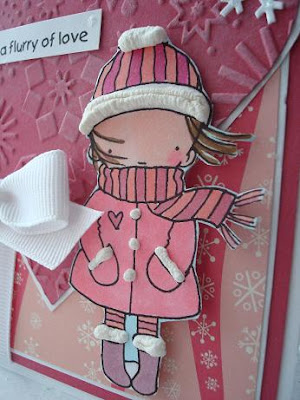 And, my last card, I'm not thrilled with, but I decided to post it anyway. It is another JustRite image embossed in Silver Embossing Powder. The sketch is from a challenge blog, the paper is from My Minds Eye. This card is so much prettier in real life, but is just one of those cards that is really hard to photograph. The designer paper is very glitter IRL, and that is Silver Metallic paper, not grey paper. The ribbon also has lots of metallic/glittery accents in it. 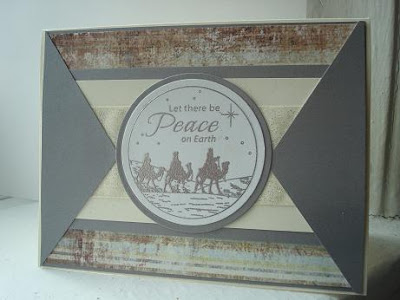