My precious granddaughter Alethea turned two last month.  I wasn't able to make it to her big family and friends birthday party as it was too close to Atticus' due date and I couldn't make the trip twice.  But we did have a smaller, more intimate nuclear family party for her later when I arrived.  So this lucky little girl got two birthday parties and two cakes! 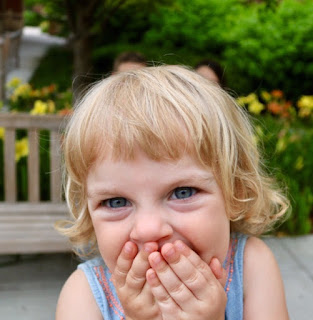 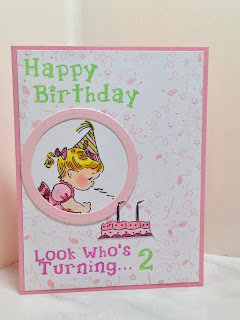 As always, I made her a handmade birthday card.  I used the same Crafty Secrets set "Birthday Kids" that I used last year (you can see last years card in THIS POST).  I think I will use this same set for all my grand children's birthdays.  It's just so cute! I love the vintage images and the numbers. 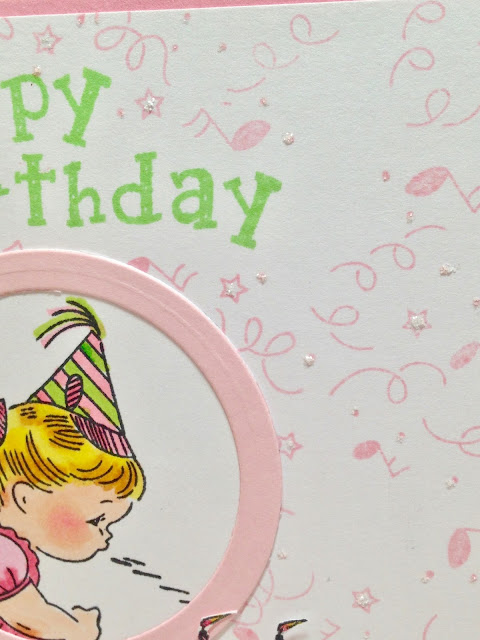 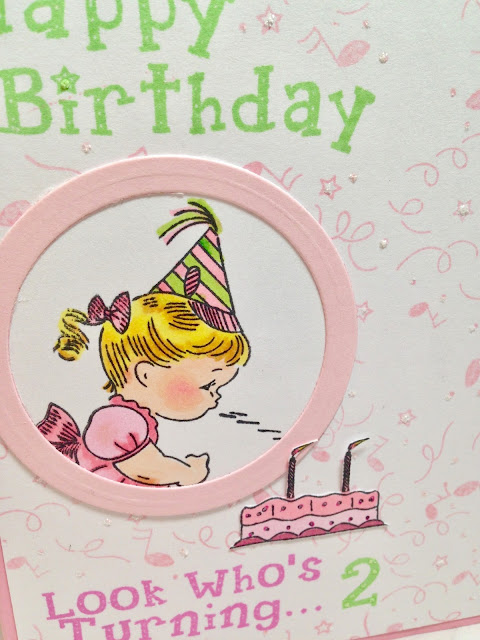 When the card was complete,  I adhered the entire front to a pink card stock base. 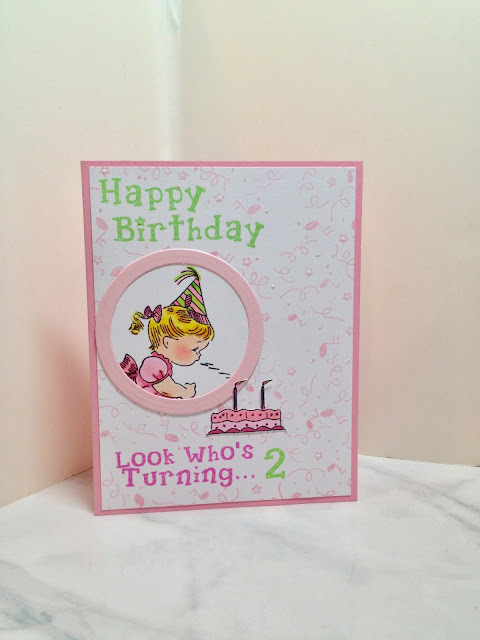 And here are some pictures of Alethea's little birthday party with us and a few of her larger party. 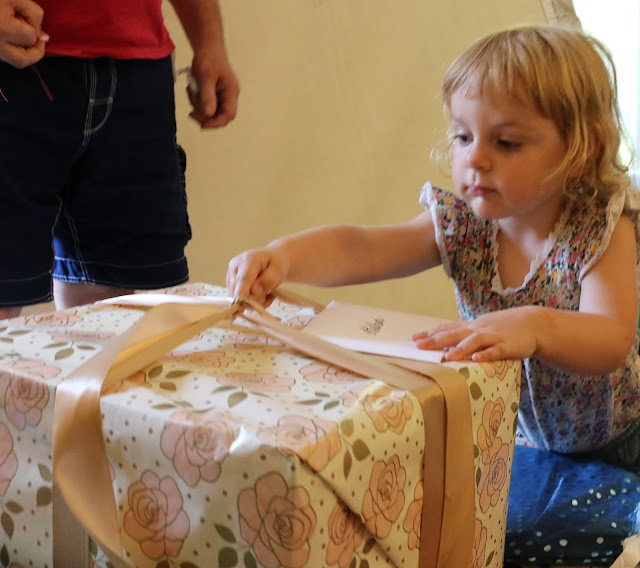 Alethea's mom said Alethea was so excited for her big birthday party.  She loved helping mom in the kitchen making the cupcakes.  She was tickled pink that the party was just for her.  She is use to going to birthday parties for other people, but this was the first year she fully understood the party was for her. 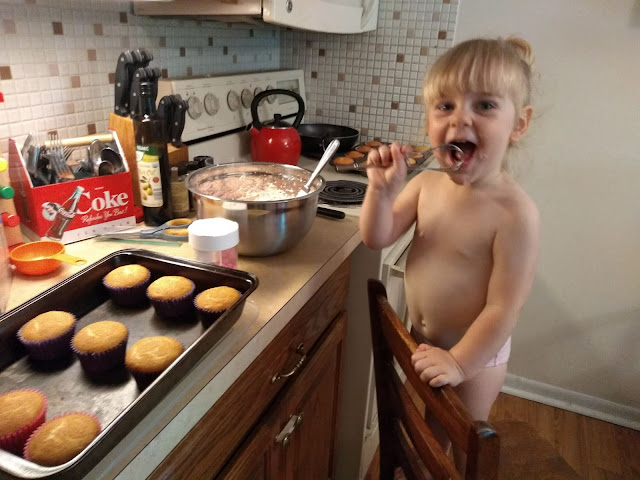 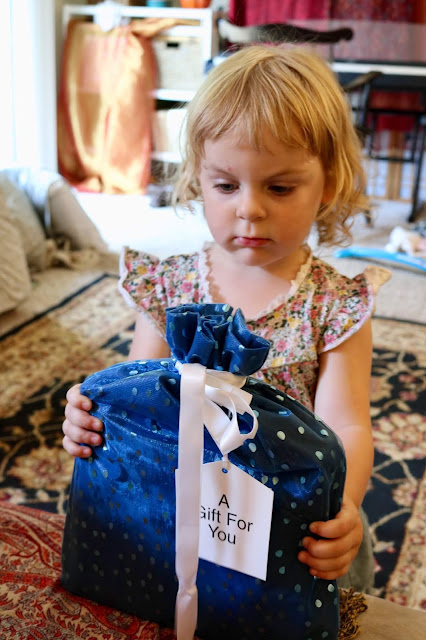 She was so excited to open our gift from her:  a Melissa & Doug Fold and Go Miniature Dollhouse.  Her mom said every time she went to her cousin's house she would fight with her cousin over this dollhouse, so we thought it was about time she got her very own!  And she was excited to get it! 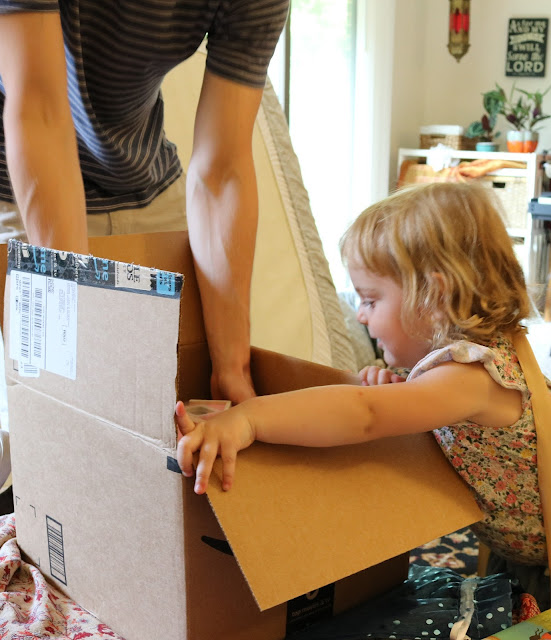 Her mom kept Alethea's party much more simple and low key this year (in comparison to last years😊!) because she was 9 months pregnant at the time.  They had the party in a local park and this was the table Ashley set up for her. 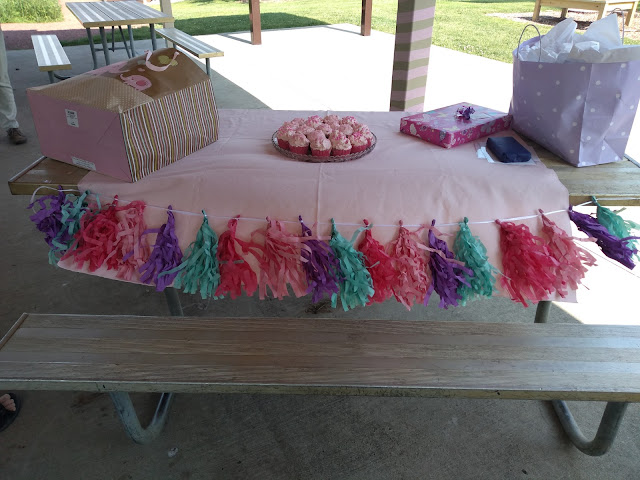 Alethea's mom and snuck out prior to our little nuclear family party to pick up a small cake and a balloon.  When we opened the door to the apartment we sung "Happy Birthday" and showed her the cake and the balloon.  Alethea had no interest in the cake at first, but went ga-ga over the balloon! 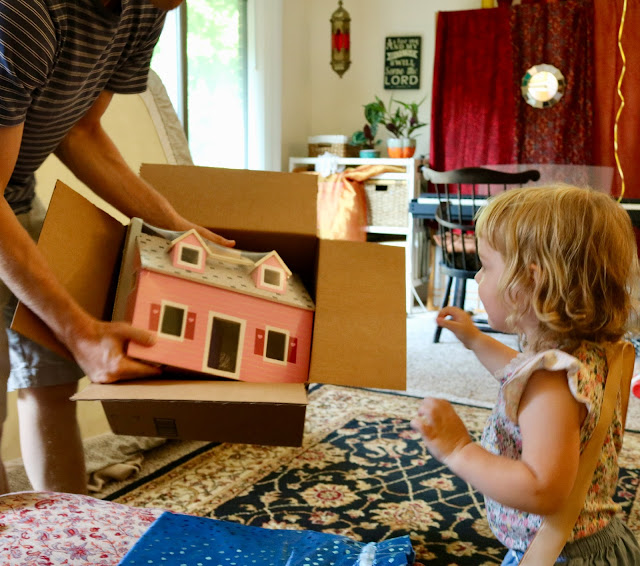 These are the home made cupcakes mom made for Alethea's first party.  Notice her 9 month pregnant belly sticking out on top of the picture?  ha ha! 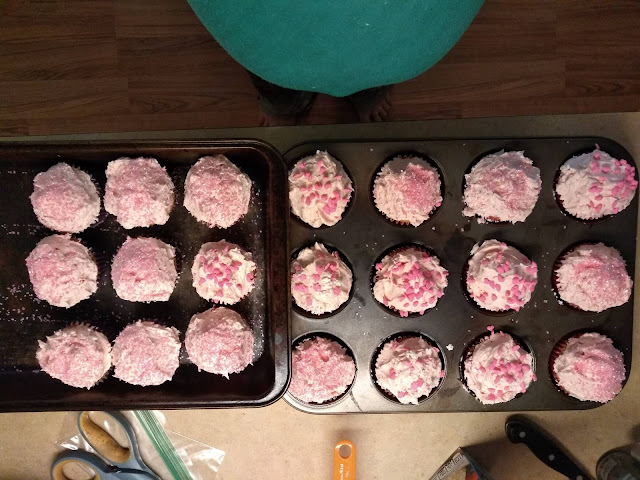 While cleaning out some cupboards I found this cute little sun hat and I had no idea where it came from.  I'm thinking it was probably an adults garden hat that shrunk in the wash.  Good thing I kept it because it's the perfect fit for Alethea! She wore it quite often the few days we were with her. 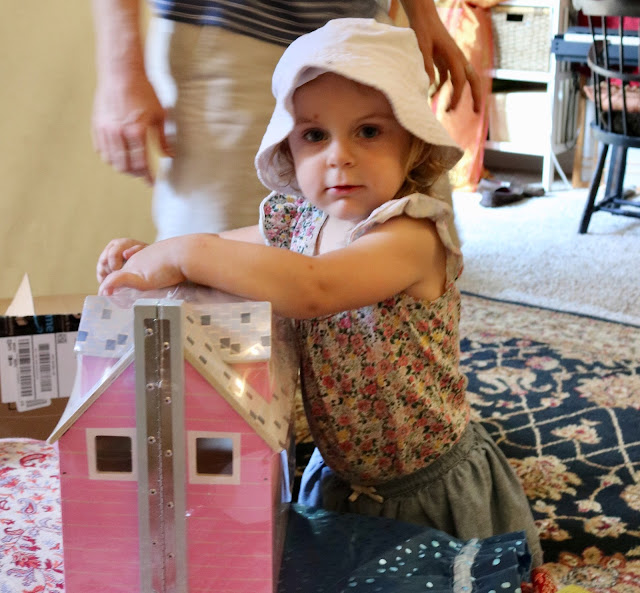 Here Alethea is examining my homemade card.  Dad made sure Alethea took time to open and look at the card before opening the gift.  He knows how hard I work on those cards! 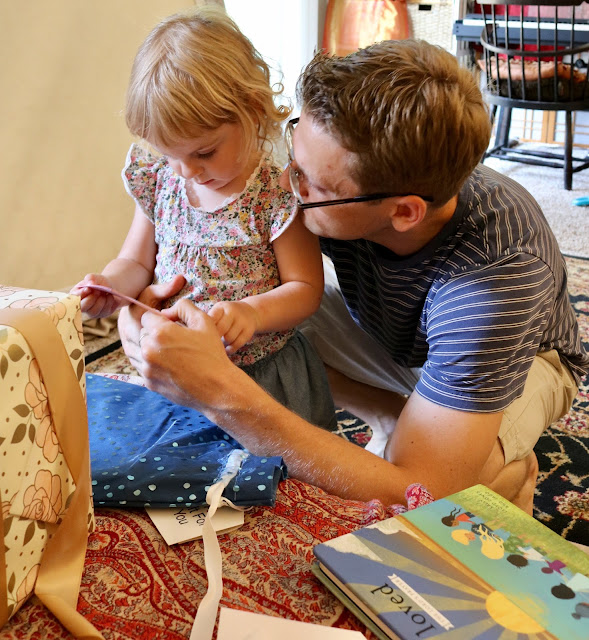 And finally a picture of Grandpa Todd showing Alethea where to put the furniture in the dollhouse.  Hopefully she will have years of fun playing with this dollhouse. 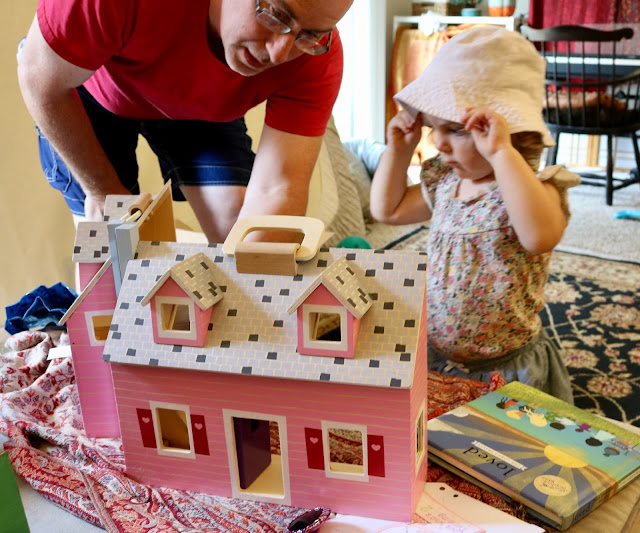