Hello!  Three months ago, I began my journey of writing about our New Hampshire vacation.  In my very first POST I explained that we were in New Hampshire to see my daughter perform in an opera, but since we don't get to the east coast too often, we spent three days sight seeing as well.  My first two days in the area were spent hiking in the White Mountains, but days three and four were 'chick' days. We spent the morning of day three in Hanover, New Hampshire touring the ivy league campus of Dartmouth and visiting the historic downtown.  In the afternoon of that day, we finally did what we came to New Hampshire for:  to see my daughter perform the role of Beth in the opera 'Little Women'.  Now Ashley was in New Hampshire for six weeks, and had done many different performances in  different venues in the area, but this was the only performance we had time to see.  The opera was held in the sweet New England town of Lebanon.  All the towns out east are always so quaint and well maintained, and Lebanon was no exception.  This is the building the opera was held, which also doubles as the City Hall.  It was so fun to see a group of ladies from the local Red Hat Society arrive to see the opera.  Now that I'm over fifty, someday I'll have to join a local chapter.  They seem to have a lot of fun! 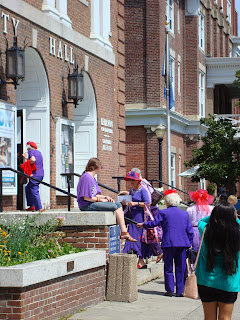 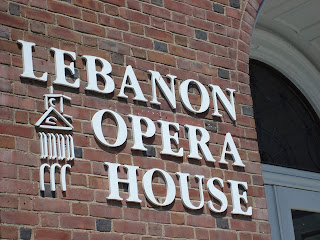 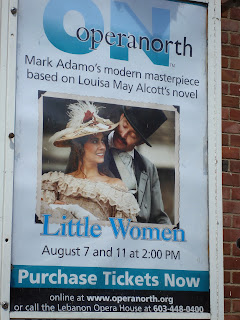 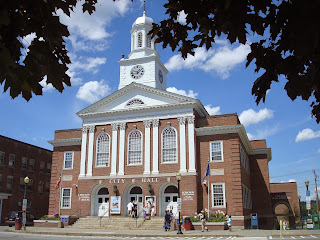 Here is a picture of my daughter (second from left) with her 'sisters' in the cast. 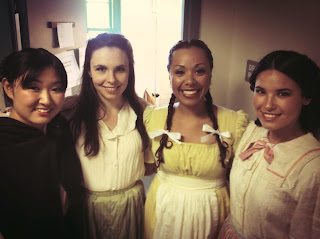 And here she is again (the one in the middle) waiting to sing at another venue.  This one was an evening concert at this beautiful, rustic barn like structure in New Hampshire. 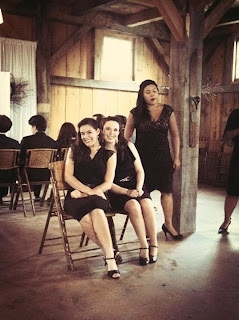 And here is a picture of Ashley in the dressing room area wearing her 'South Pacific' costume. 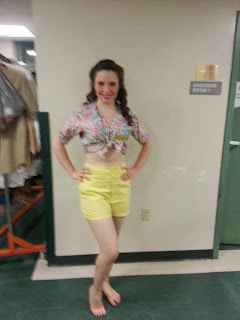 After the opera, which was absolutely AMAZING by the way, we took some family photos in a park across the street. 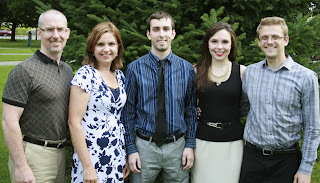 And here are some couple shots; first up my daughter Ashley (our little opera singer) and her husband Jason. 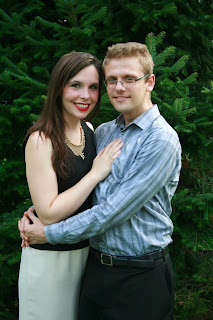 A brother/sister shot:  Ashley, and my son Jordan. 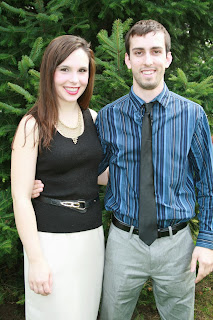 And finally, me and my husband.  I'm wearing my Stitch Fix dress again.  It was so soft, comfortable,  cool, and yet still 'dressy'  for a warm summer day. 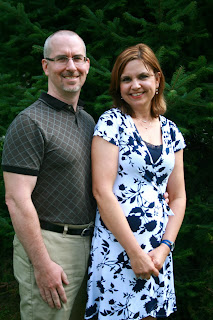