If you've been visiting my blog for awhile, ya'll would know I love making things out of toilet paper rolls. I'm not creative in the process as I get all my ideas from Pinterest.  I don't know why this "almost 60" woman enjoys crafting with toilet paper rolls, I just find it super fun and the creations so CUTE!
Instead of buying more stuffed bunnies to fill my grandchildren's Easter baskets, I made bunnies!  They already have so many stuffed animals as it is, so I made my "save the planet" contribution by using items I already owned rather than buying new stuffed animals. 😆 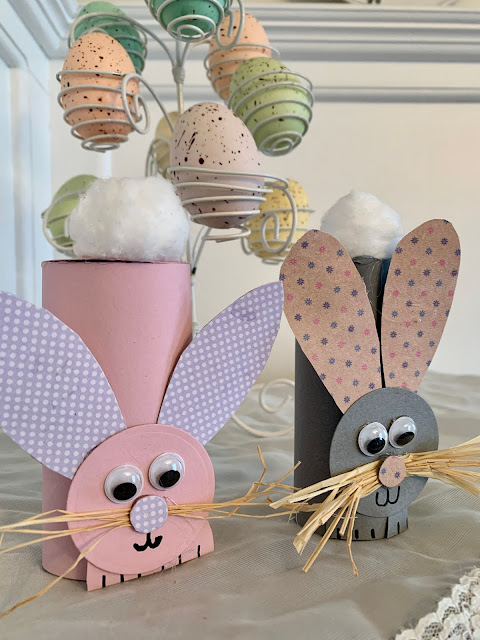 I got my ideas from "One Little Project".    She's got nice instructions and a video if you need it.  I didn't look nor follow either, I can reconstruct my own just by looking at the picture. 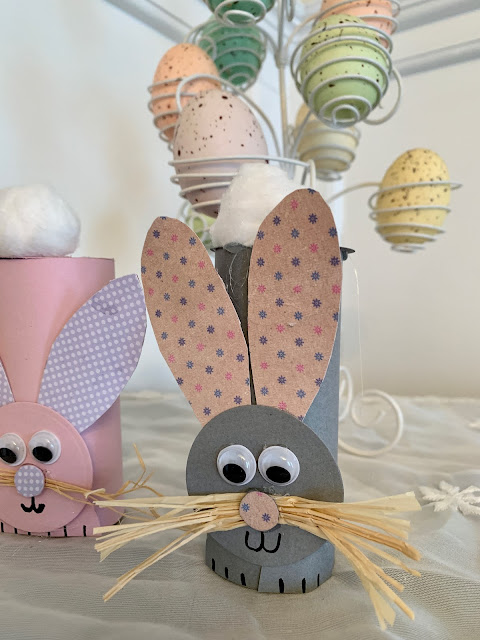 I only made a few changes:  I put a "top" on my toilet paper roll rather than leaving it open, and I also put the cotton ball tail on top rather than between the ears.  It just didn't look right to me the other way. 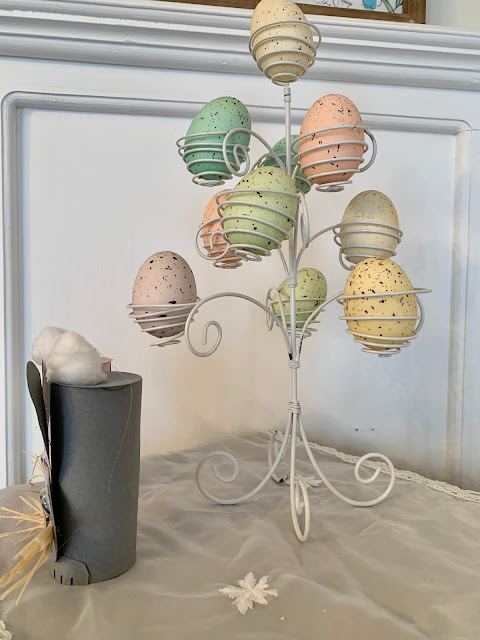 For the face and top I used Spellbinder's circle dies so I could cut a perfect circle.  I also used a small die for the nose.  Debbie suggests drawing around a cup for a circle if you don't have a die. 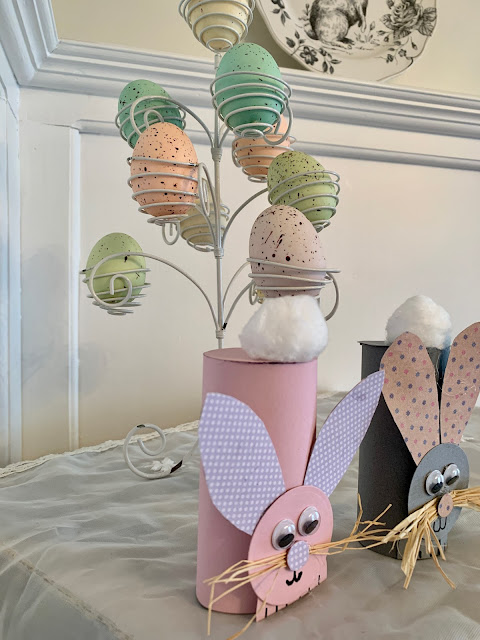 I positioned the ears two different ways, as I wasn't sure which way I liked best.  Google Eyes were used for the eyes and I hand drew the mouth and paws.  Raffia was used for whiskers, I used a little bit more raffia on one bunny than I did on the other.  I think I like the smaller amount of raffia for whiskers better. 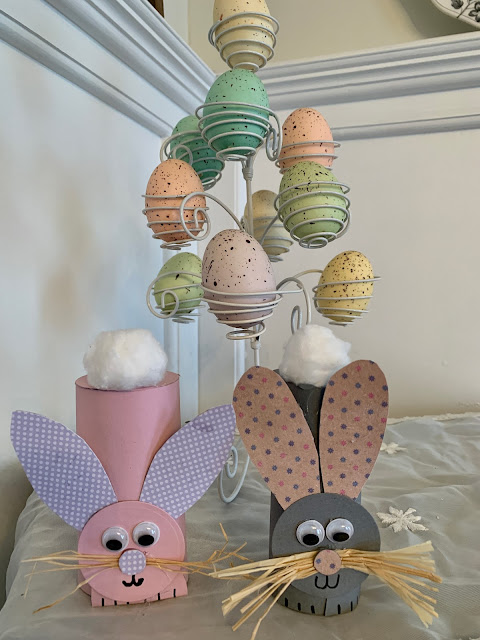 And in case you've missed it, here are some of my other toilet paper roll creations:  Valentine Love Bugs,