The Ark Encounter - Inside the Ark

This week's travel post is part of a travel series of our visit to see our grandchildren in Carmel, Indiana.  If you want to start at the beginning, go HERE. Other posts in chronological order are HERE,  HERE, HERE, HERE, and HERE!
Have you ever read a Bible story and wondered what it would have been like to see that in person?  For me, I would have loved to have seen Moses part the Red Sea, or David slew the giant Goliath, to name just a few.  Well, thanks to some very creative people you can now experience one Bible story yourself:  Noah's Ark!
The Ark Encounter is full size ark built according to the dimensions and description in the Bible.  You can read more about its construction in last week's travel post, plus see pictures of the exterior of the ark and the park grounds.  This week, we are going to explore the INSIDE of the ark!
Below is my husband and I standing in front of the doors of the ark where Noah would have let all the animals in.  They are massive, aren't they? 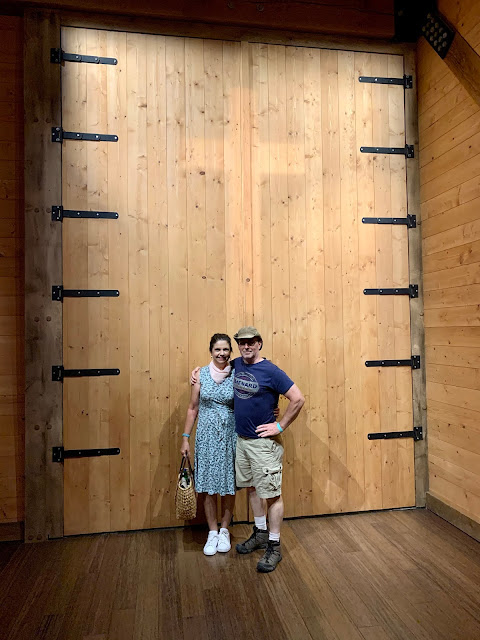 The ark is divided into three levels.  The first level is mostly storage and small animals/reptiles.  When you enter the ark, you hear lots of sound effects of wind, waves hitting the side of the boat, storm sounds, and lots of animal sounds.
In the storage exhibits they explain all the things Noah would have had to brought onto the ark to feed his family and all the animals and how they stored them. 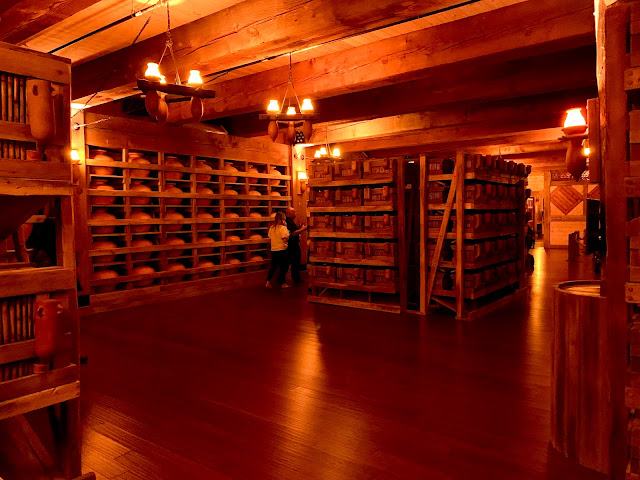 There are many life-like displays of Noah and his family through out the ark, some are animontronic. 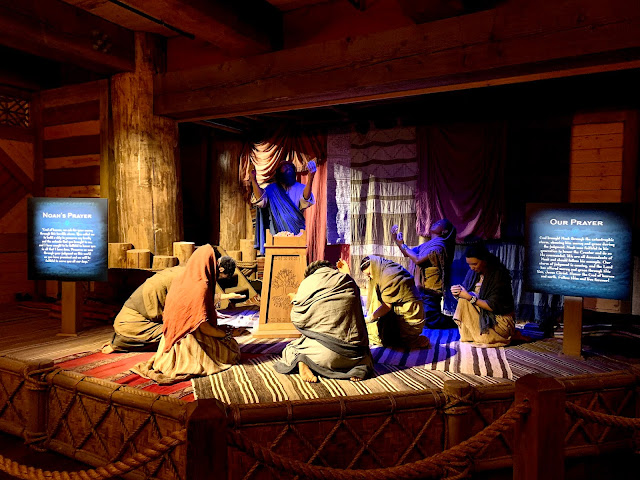 Here is another example of storage.  One thing that amazed me was how they utilized every nook and cranny for storage. 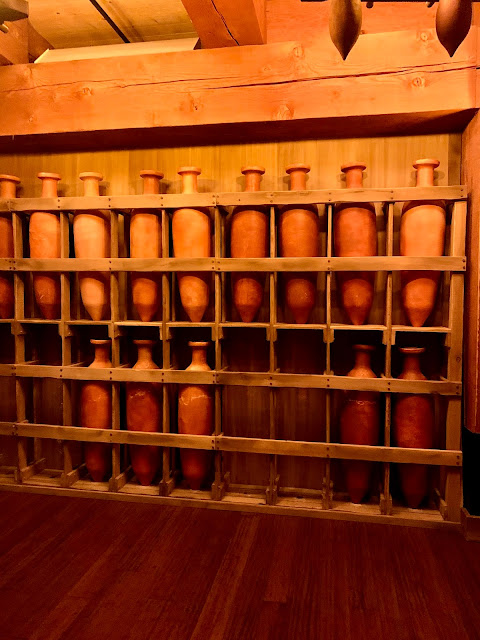 The Ark Encounter showed how animals were probably kept on the ark and also how large animals fit on the ark.  Larger creatures like dinosaurs or elephants were brought in as babies or perhaps even as unhatched eggs. 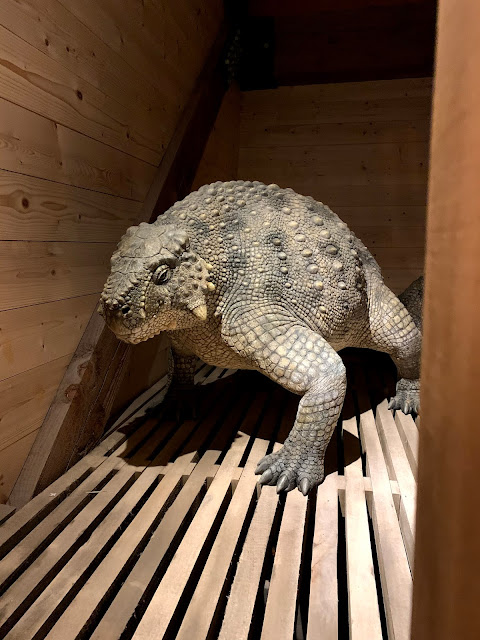 Here we see how the animals were fed. Perhaps the most fascinating thing about being inside the ark is the construction itself.  This is a view from the first floor looking straight up to the top of the ark. 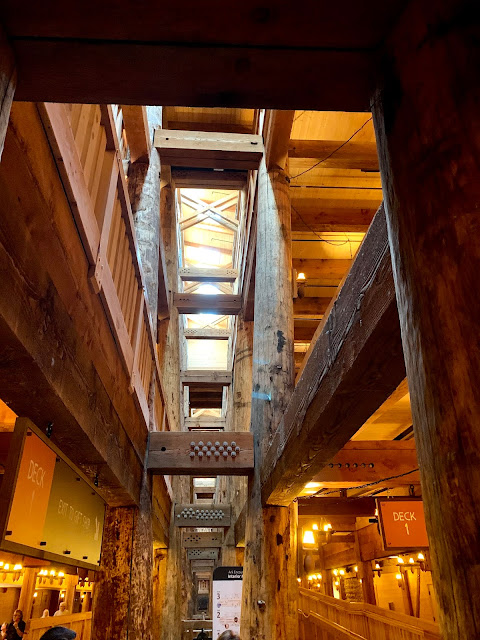 You travel from one floor to another via these long ramps;  very stroller and wheel chair friendly! 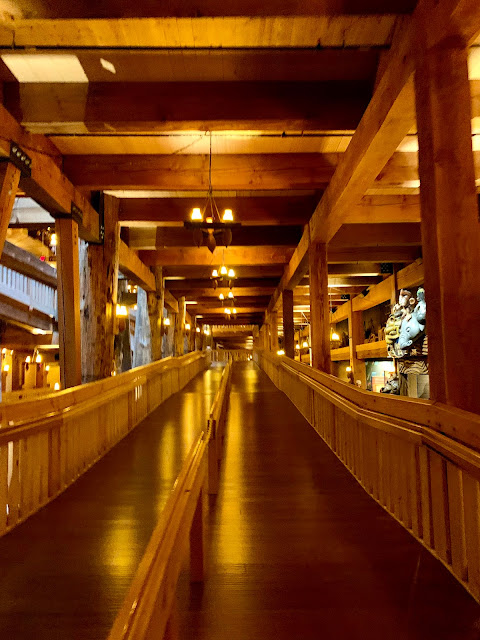 Like the Creation Museum, there are many displays explaining Bible history and what was going on in Noah's time period that God would be so angry to cause a world wide flood. 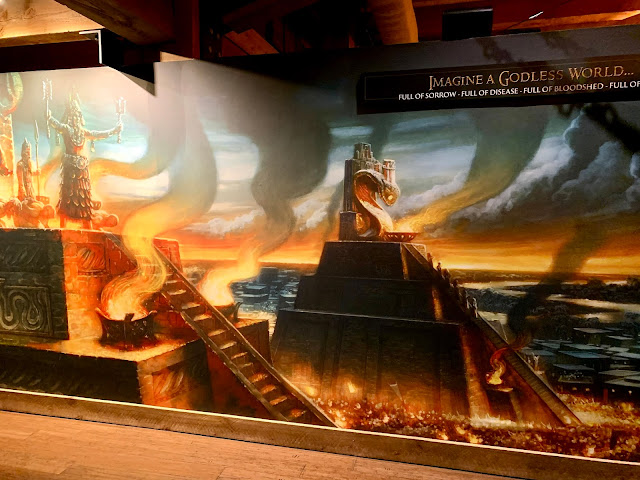 The next two pictures are actually miniature window displays.  Once again, they are "possible" scenes of what the world would have been like before the flood. 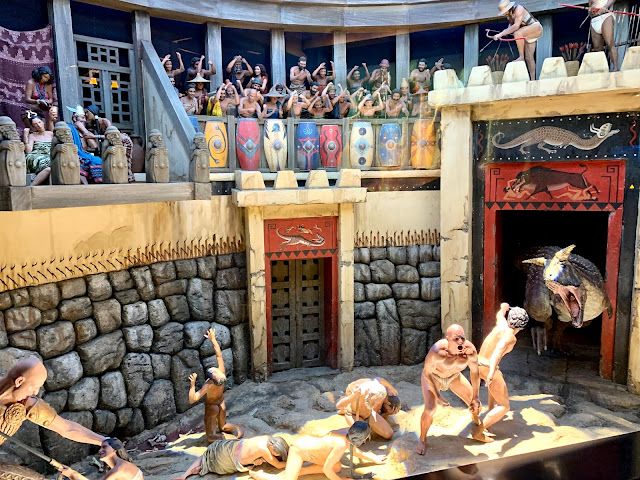 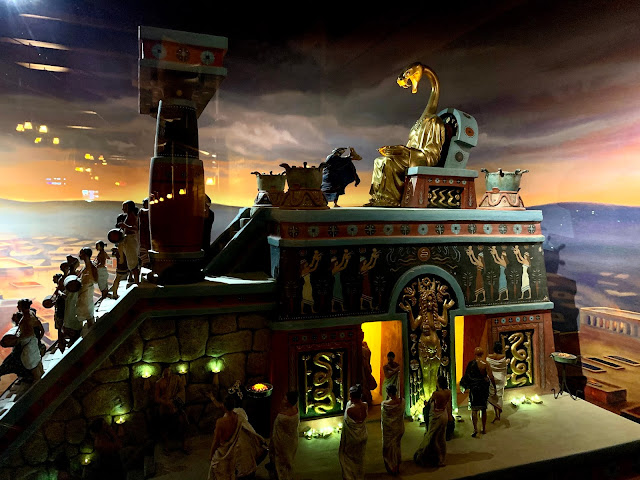 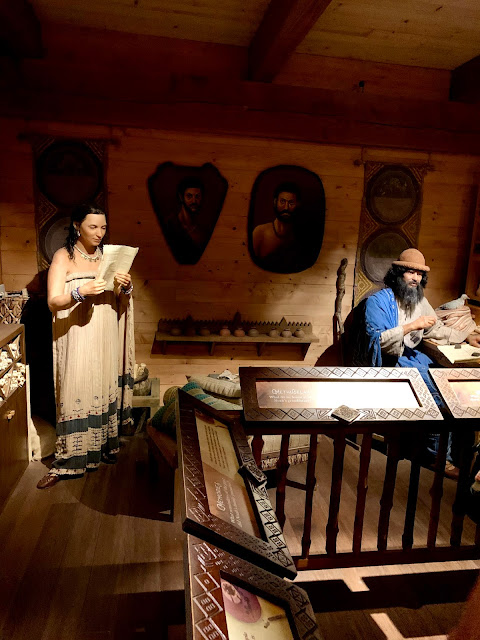 The next two pictures show a "blacksmith shop".  I imagine things were constantly in need of repair on such a busy ark. 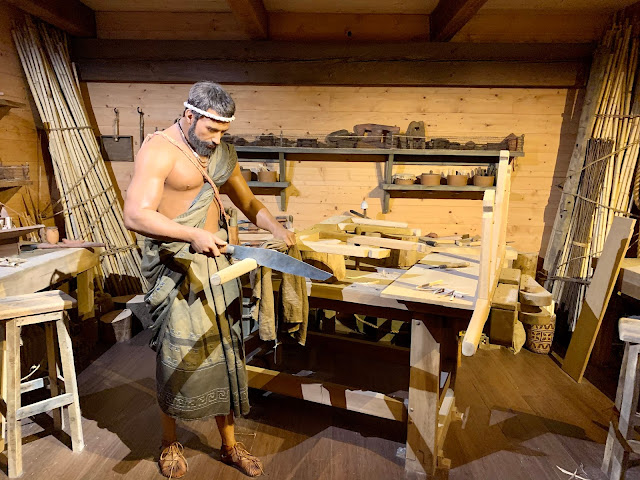 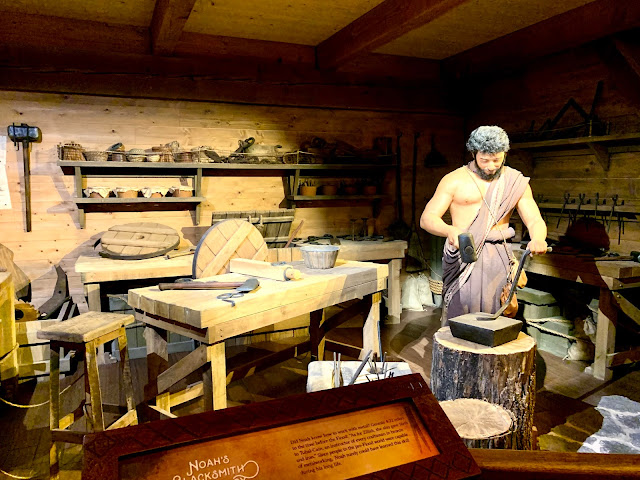 This is the view from the top floor looking straight down. 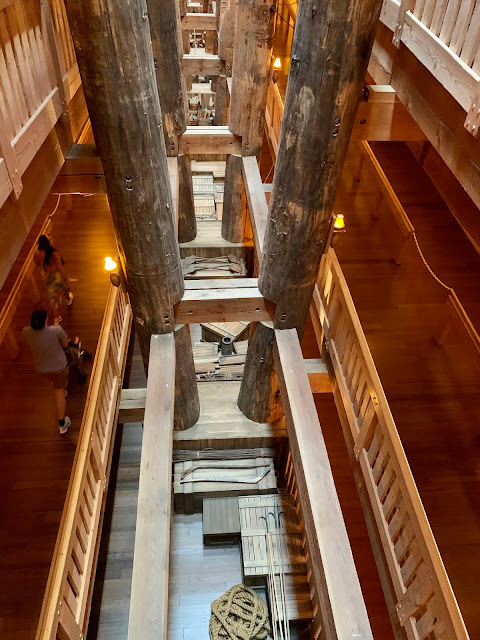 Here's some examples of some creative storage:  where every nook and cranny on the ark is utilized. 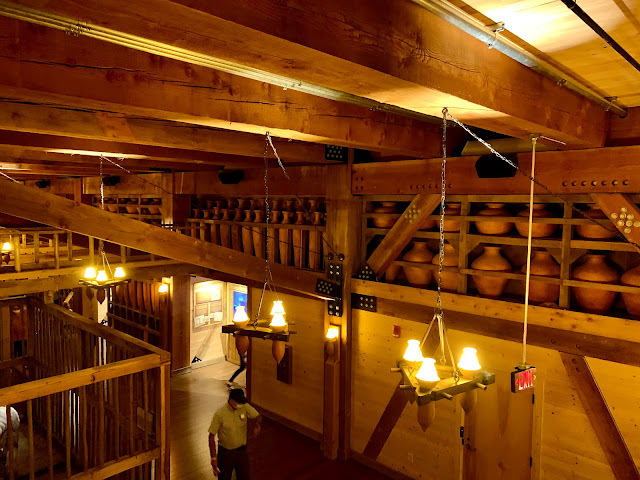 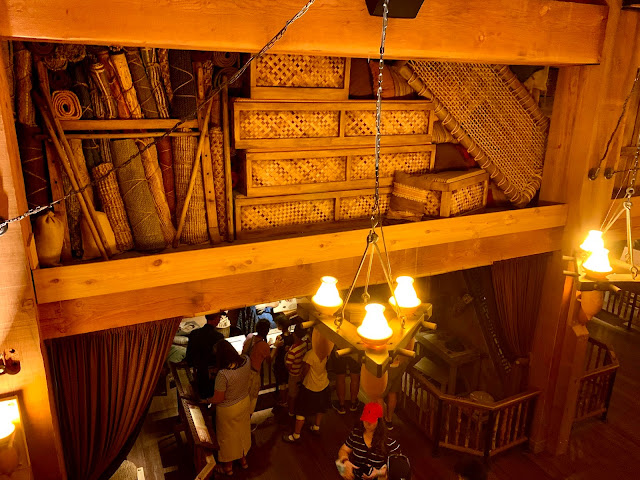 Now, the Ark Encounter does everything it can to make sure its attraction is historically accurate according to the Bible.  But the Bible doesn't tell us everything so many artistic liberties were taken or "imagined" by creation scientists/archeologists of how Noah, his family, and all the animals would have survived so long inside the ark.  Below are some pictures of their possible living quarters. 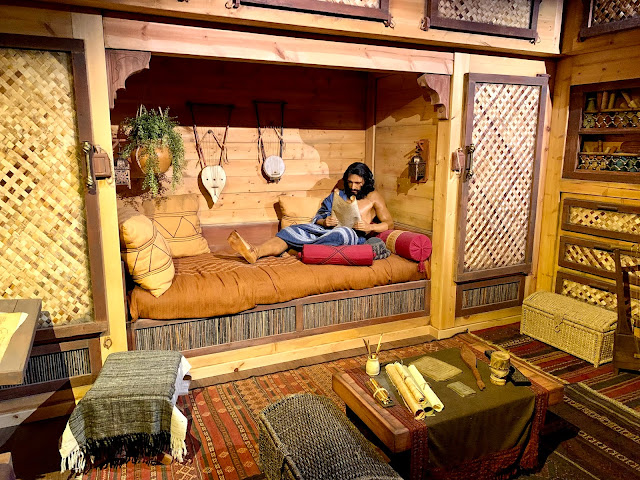 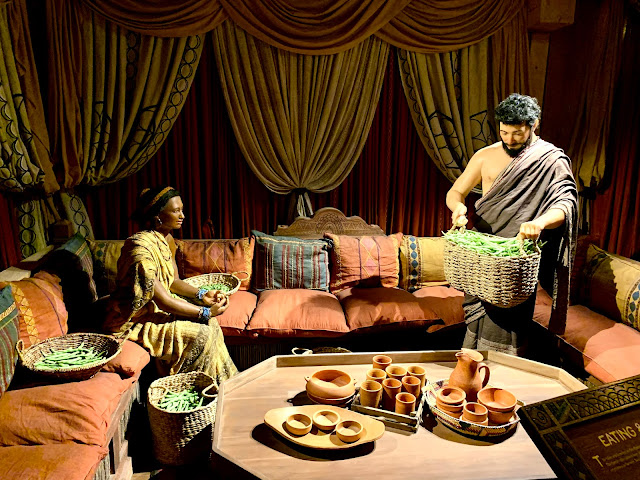 My favorite part of their living quarters was the kitchen.  I'd love to have this kitchen now!  It showed not only how they stored everything and cooked, but also how they grew their own vegetables on the ark. 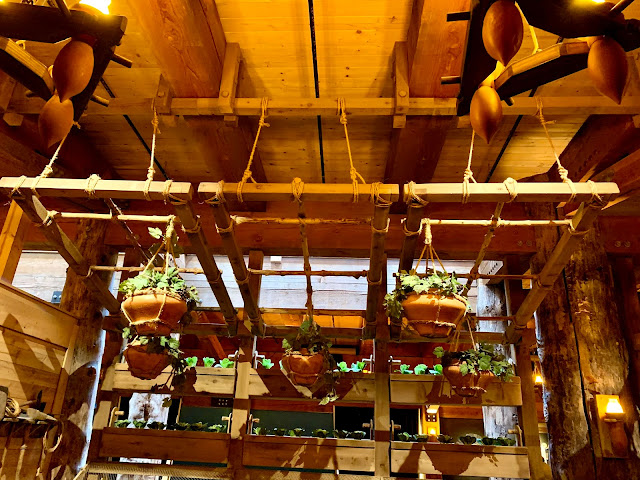 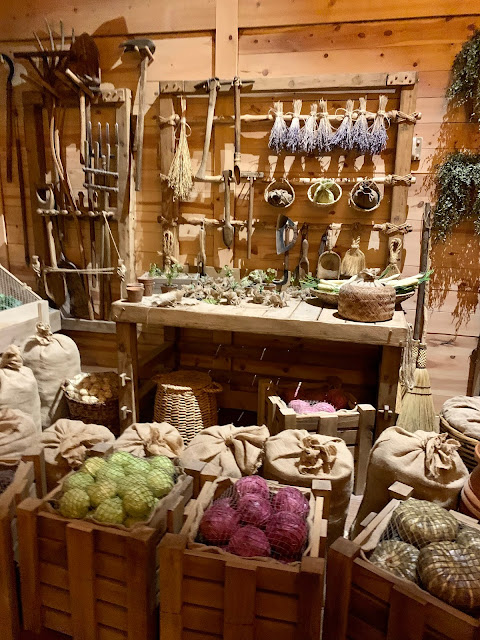 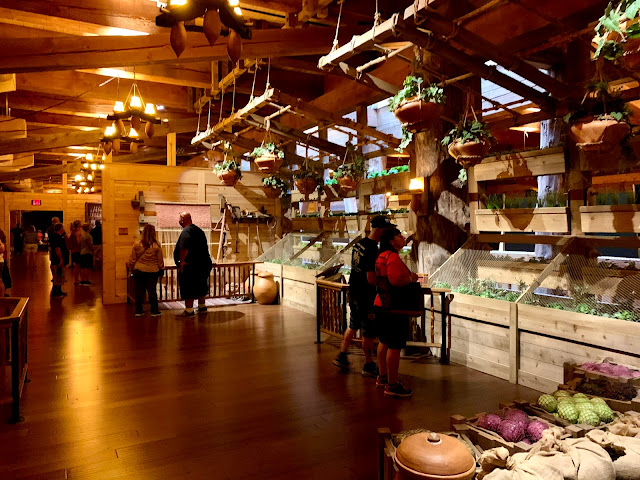 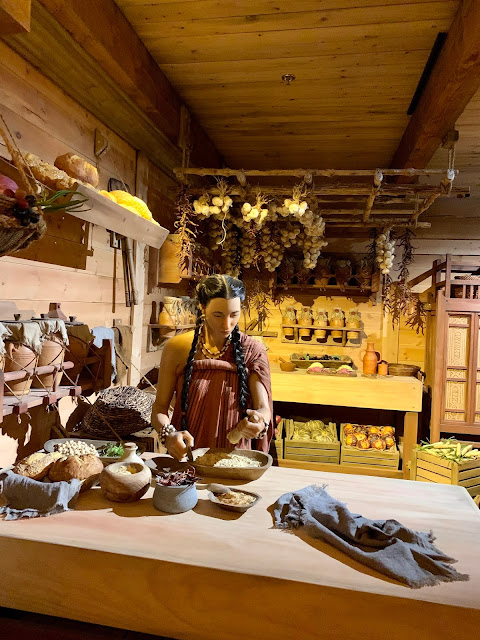 This exhibit shows Noah releasing the dove to look for land. 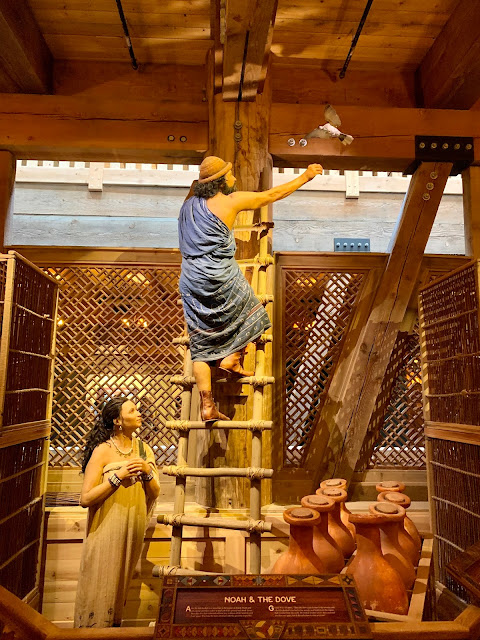 I loved every second of our tour inside the ark.  There is no time limit, you can spend as much time as you want strolling about.  There are many different other exhibits inside the ark that I didn't even show pictures of because I don't have space in one post!  Some other exhibits are:
After we finished touring everything inside of the ark, we headed over to the Answer Center to hear a Southern Gospel Concert and Ken Ham speak.  The concert was such a fun experience and the singers were very good.  It was so fun and spiritually refreshing. 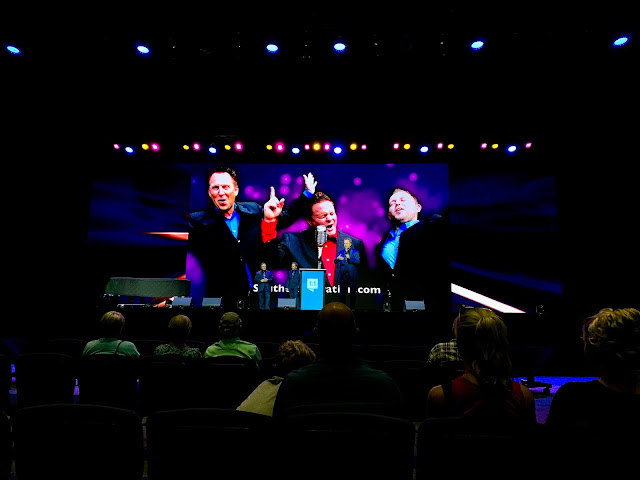 We have listened to Ken Ham speak on tv for years, but to see him in person was a real thrill.  His presentation was amazing!  Neither the concert nor the special presentation cost any extra money.  It was included with the price of admission.

Here is a short video to give you a taste of what the concert is like.

And here is Ken Ham, the inspiration behind both the Creation Museum and the Ark Encounter, speaking himself. 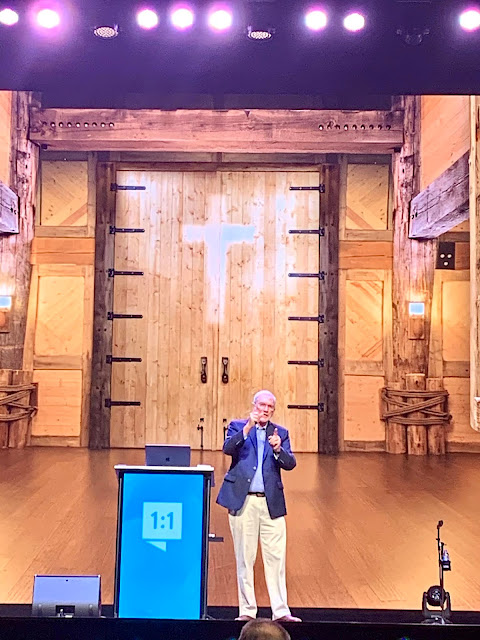 An adult Ark Encounter ticket costs $49.95 and there are discounts for seniors, youth, and kids.  Children under four are FREE!