Being country people, after three days in the city of Savannah, my husband and I were ready to get back to nature.  So we hopped in our car, and drove to Tybee Island for the day.  We spent the morning at Fort Pulaski, had lunch at The Crab Shack, went to Tybee Island Beach, and finished the day with dinner at a local VFW post.  Yes, you heard me correctly.  We had dinner at a VFW post...but more on that in a later travel post.

For today's travel post, I am only going to cover Fort Pulaski and I will cover the rest in future travel posts.

The fort was built on the marshy Cockspur Island near Tybee Island  to guard the river approaches to Savannah.  It was named for Count Casimir Pulaski: the Polish hero of the American Revolution who died during the unsuccessful siege of Savannah in 1779. 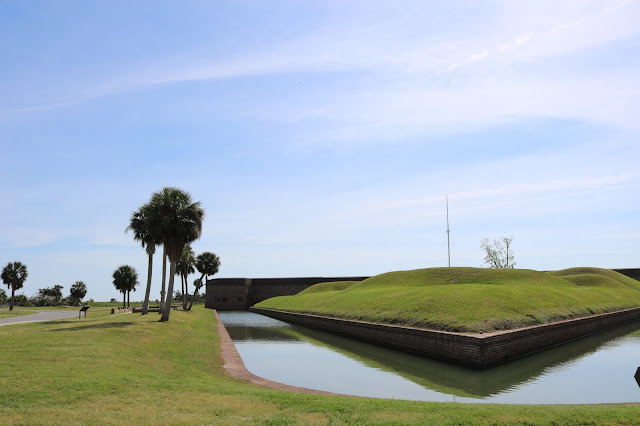 My husband and I have visited a lot of forts in our travels, and this one was perhaps the most well-preserved and impressive fort we have ever seen.  We were really surprised to see the moat was actually filled with water.  Many forts have remnants of a moat or a moat in their description, but not a moat fully intact.  It was really nice not to have to imagine a moat around the fort, and to be able to actually see it.  I also read that alligators will sometimes be seen in the moat when water levels drop elsewhere on the island, but we did not see any this day. 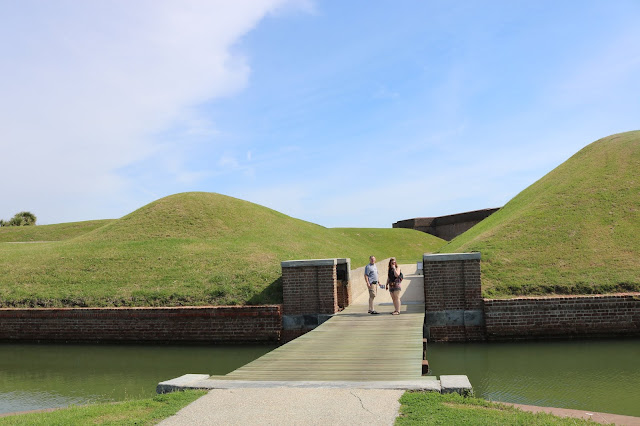 Construction on the fort began in 1829 and cost $1 million dollars, 25 million bricks, and 18 years to finish.  Many people considered it invincible and "as strong as the Rocky Mountains".  But that proved not to be the case, as the fort was conquered by the North in 1862. 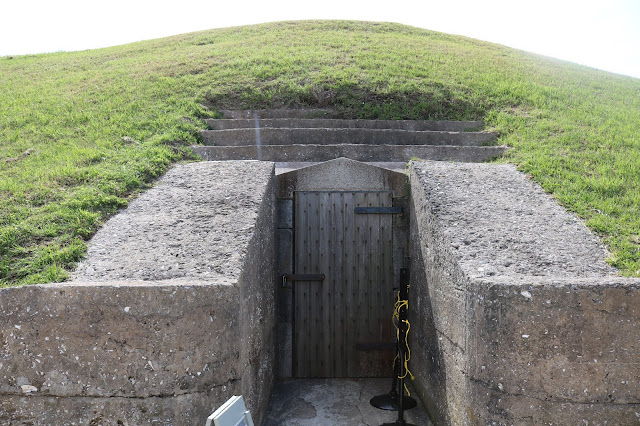 They do have a Visitor's Center where you can watch a video of the fort's history and also read displays and educate yourself before entering the fort.  We did this, and it really enhanced our visit to the fort.

We spent all morning at the fort.  There was so much to see.  We loved exploring the underground areas which held their guns and powder magazines during the Civil War. 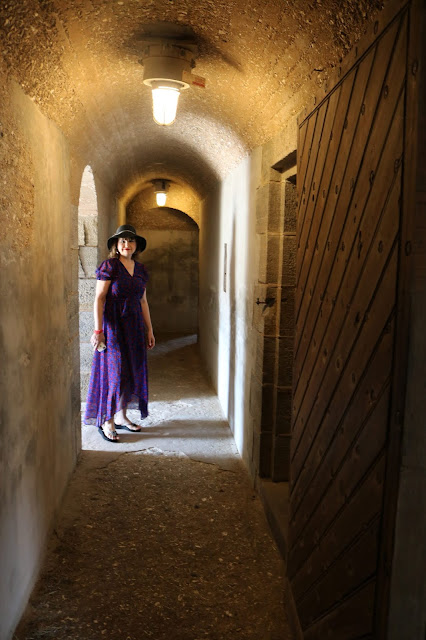 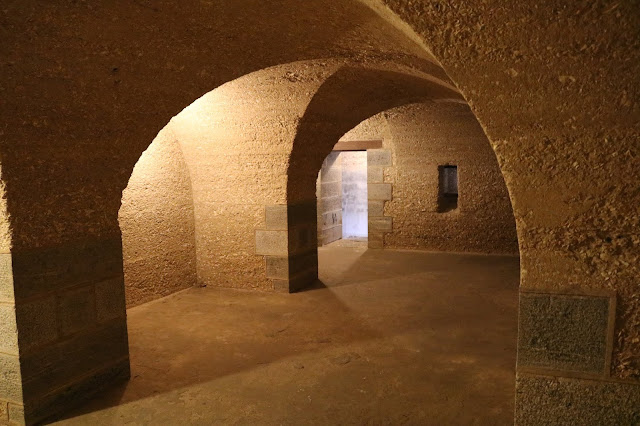 The fort was surrounded by walls and water on all sides and inside was a grassy courtyard.  You could walk inside the walls, and on the grassy grounds, and you could also walk on top of the fort walls and around the moat. 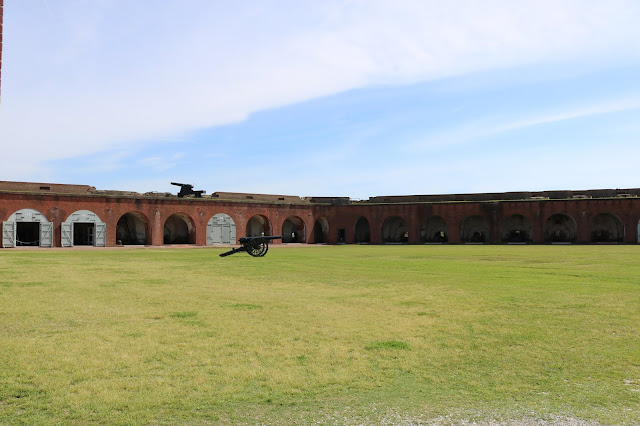 There were a few rooms reconstructed and set up as an example of what an officer's quarters might have looked like.  Not bad, eh? 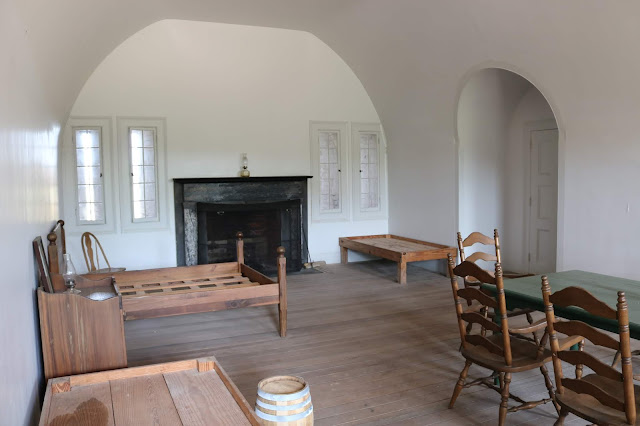 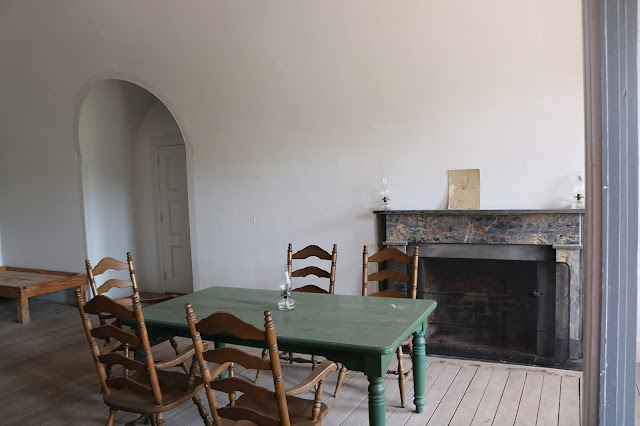 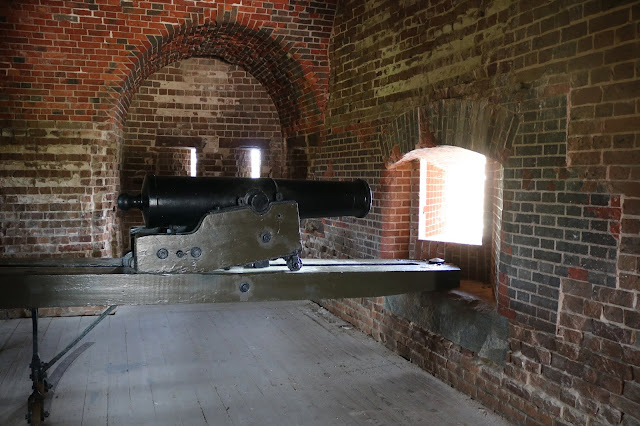 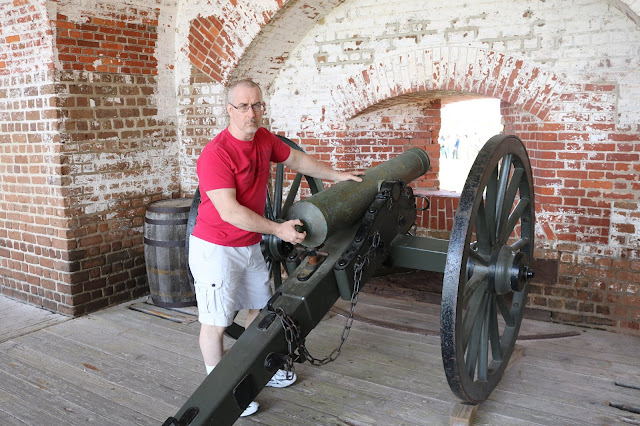 A room which housed gunpowder. 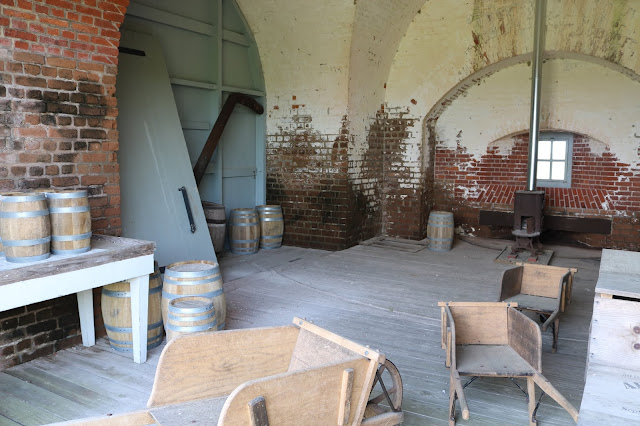 Like most forts,  Fort Pulaski was also used as a prison for both Confederate officers during the war and political prisoners after the war. 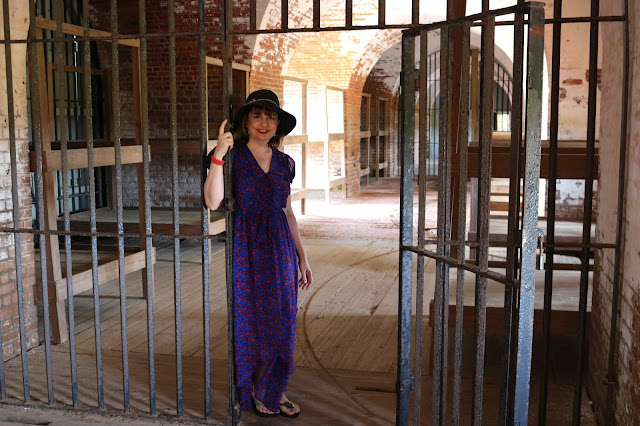 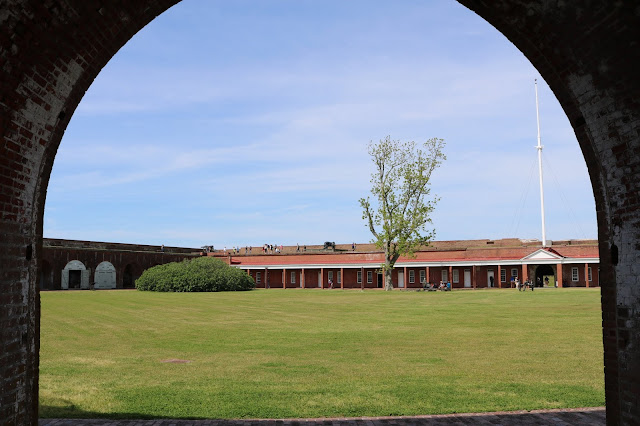 Guard quarters;  not quite as nice as the officer quarters, eh? 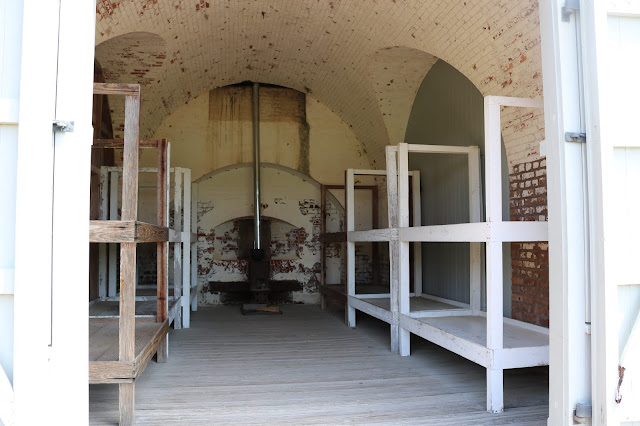 A view of the interior of the fort as seen from the top of the wall. 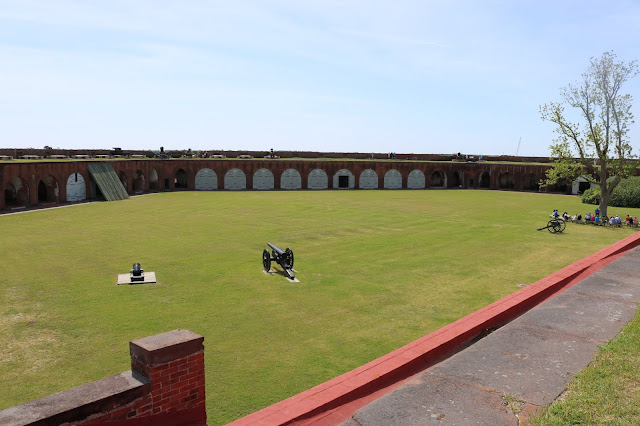 There were cannons on top of the wall too. 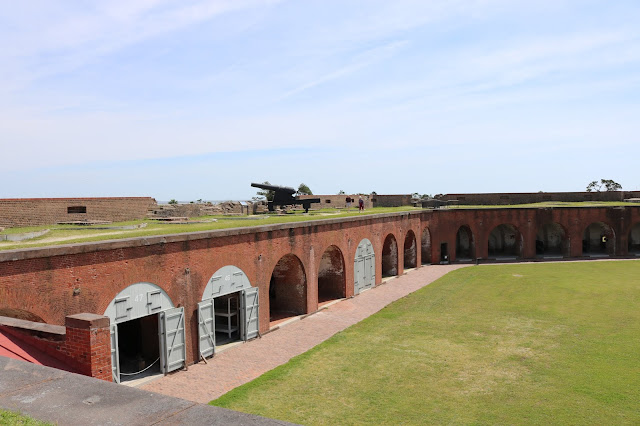 You could see the waterways from the top of the fort. 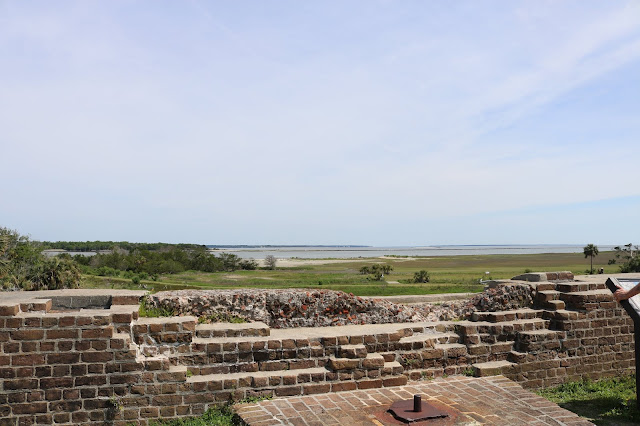 Winding staircase going from top of fort down to lower level. 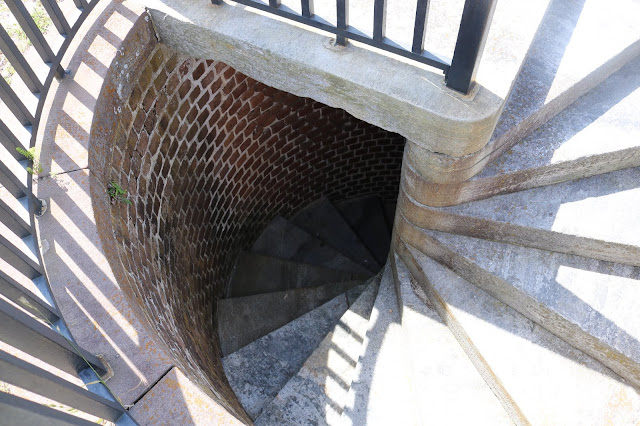 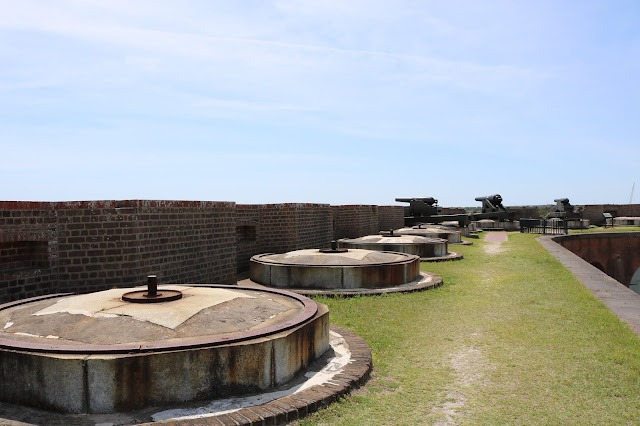 Moat as seen from top of fort wall.  The earthen mound is where the powder magazines and guns were held. 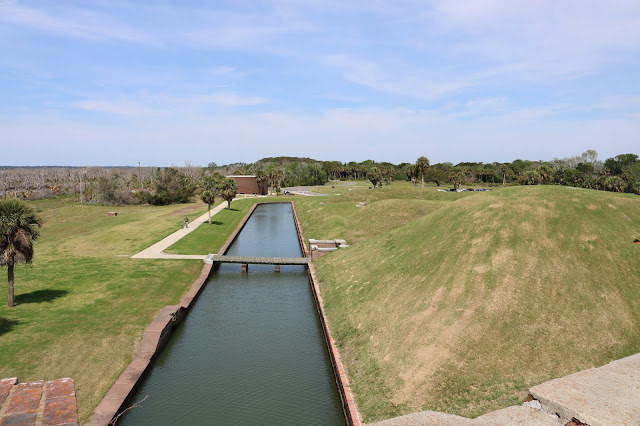 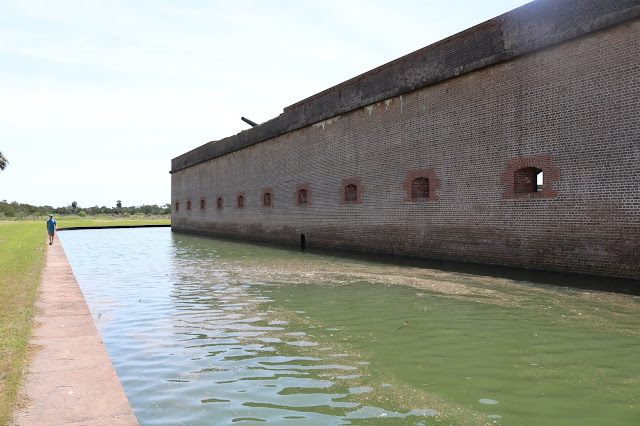 The fort was lost to the North in 1862 when ten new experimental rifled cannons fired from the northwest shore of Tybee Island and shattered Pulaski's walls. You can still see the damage from the cannons in the walls today. 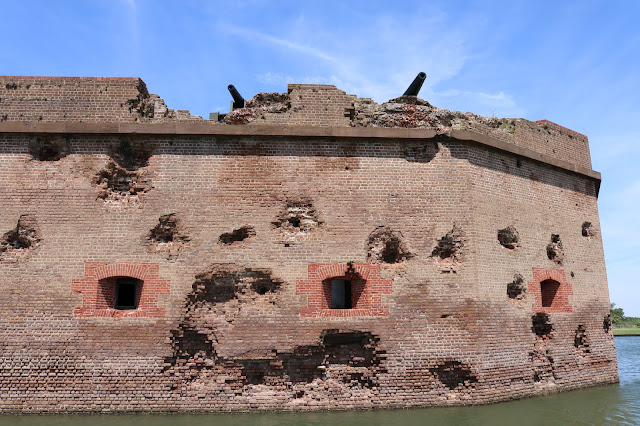 The island was made a national monument in 1924.  Restoration of the fort began in 1933.   Today the fort serves as both a memorial and an educational experience in American history.

Next week, I'll share the fun we had at The Crab Shack!  I'll give you a little hint:  I made some furry friends!