Hello and welcome back to another "Summer Highlights" travel post.  I have been spending the last few weeks highlighting some fun things I did this summer in my own neck of the woods.  Week one I shared "Hiking in the Driftless Region" and week two I wrote about "Celebrating the 4th, Going to the Beach, and Playing on the Porch." This week, I'm sharing about a day trip to Pepin, Wisconsin which is famous for both its gorgeous lake and also for being the birthplace of Laura Ingalls Wilder.
My granddaughter Alethea loves the Little House television series.  Her mom rents the DVDs from their local library.  Alethea is a little young for the books, but she does have one that is for her age group.  Because of Alethea's love for the Little House series, we decided to take her to the "Laura Ingalls Wilder Museum" in Pepin, Wisconsin.  It's only about a thirty minute drive from our house. 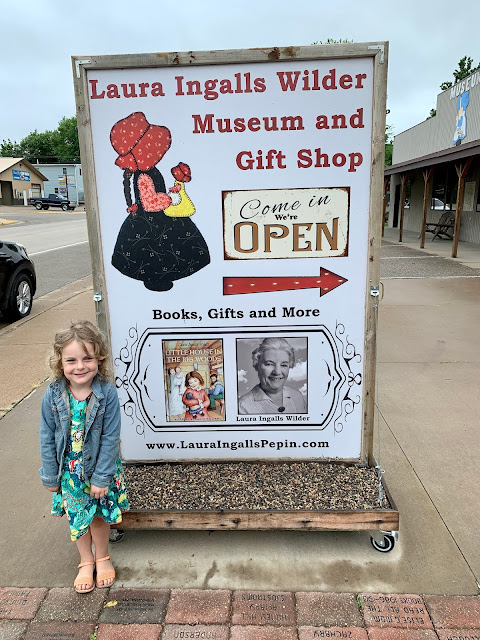 The museum is divided into three sections:  the history of Laura Ingalls Wilder is on one side, and generic Pepin, Wisconsin history on the other side, with a cute gift shop in the middle. 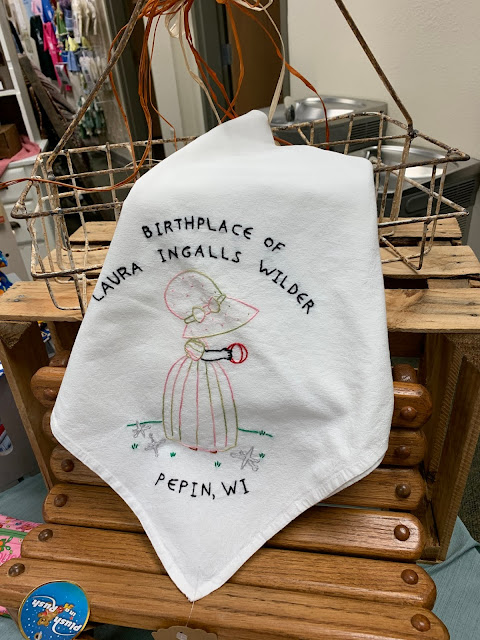 The museum illustrates  the daily life of Laura Ingalls and her pioneer neighbors. 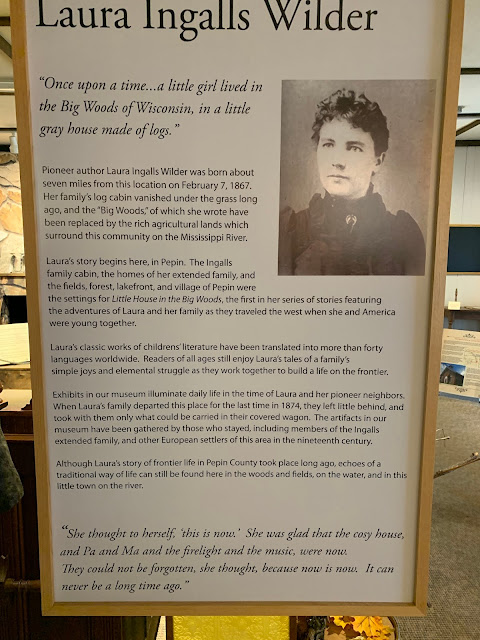 This section of the museum showcased what a typical one room schoolhouse would have looked like. 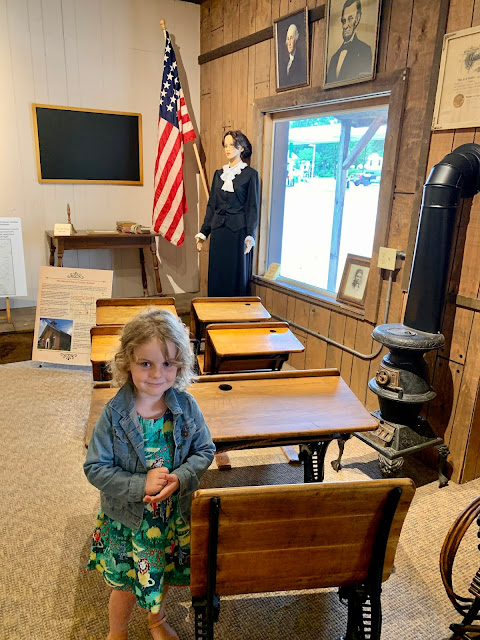 We thought this exhibit explaining how "Pa" made his own bullets was very interesting.  The only thing we couldn't understand was where he got the gun powder from. 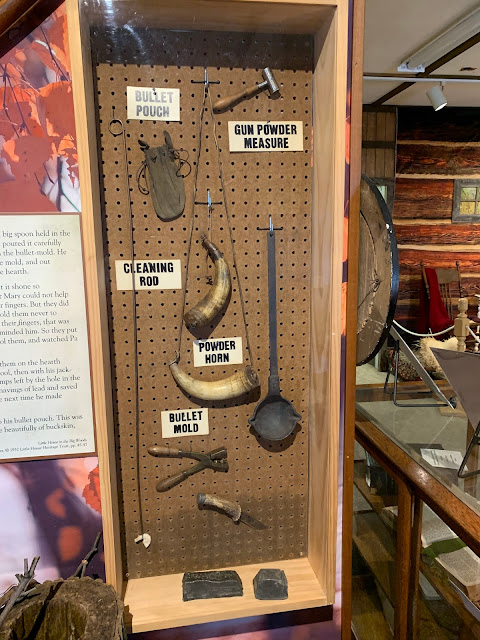 There were lots of old photographs of the Ingalls family members. 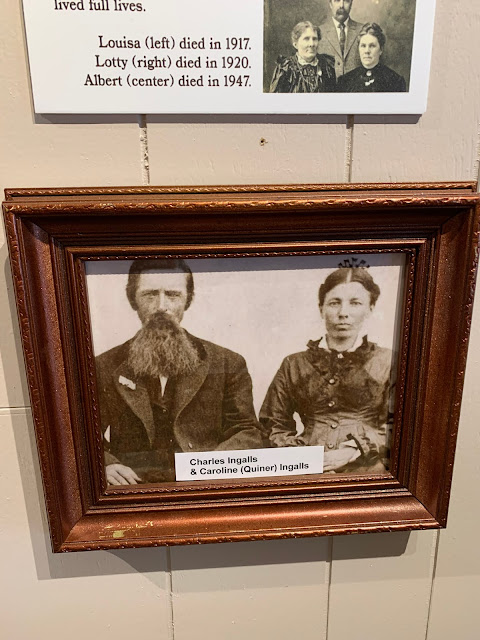 There were not many original items that belonged to the Ingalls family in this museum, as they took a lot of things with them when they moved, but this quilt belonged to Laura Ingalls Wilder. 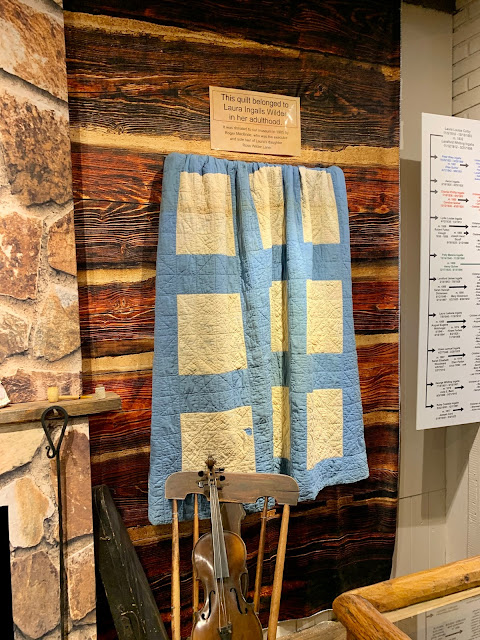 We were very surprised to see how often the Ingalls family had to move in their lives and the reasons why.    They had so many setbacks and tragedies in their lives and reading about their story made us more appreciative of our own lives. 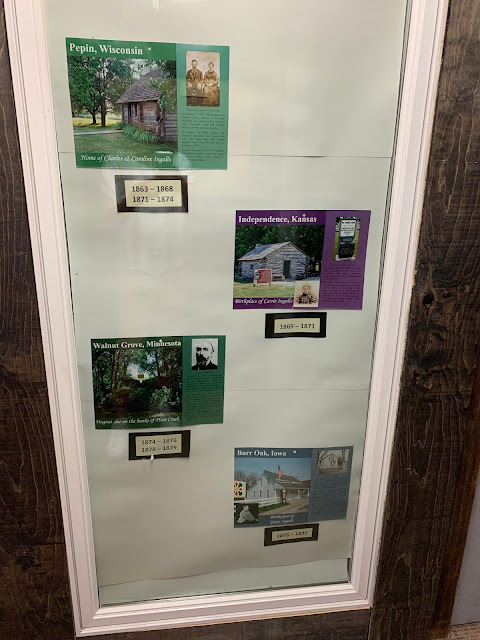 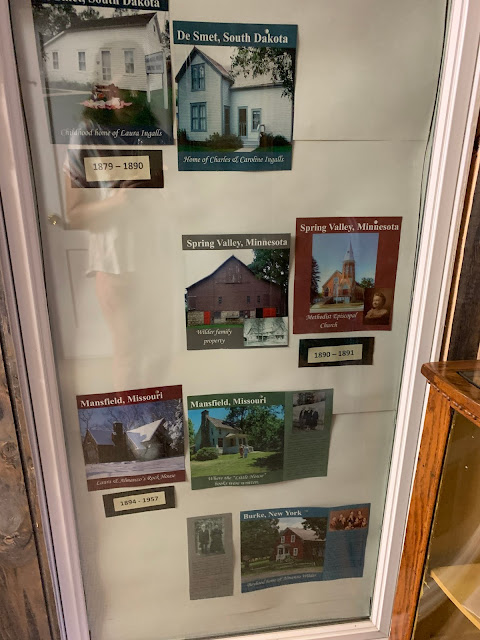 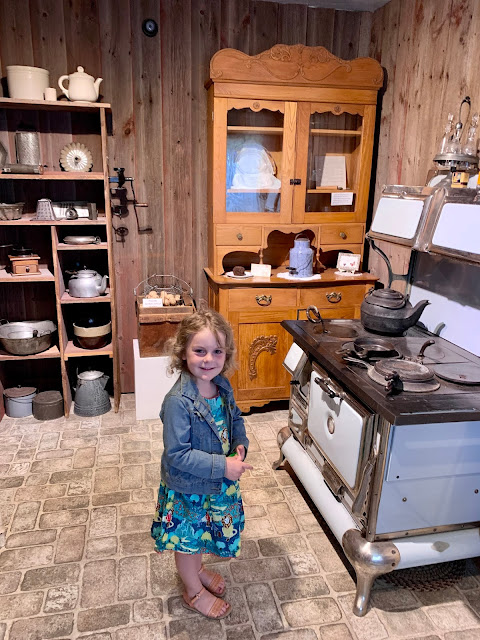 In the gift shop we found these cute little bonnets so of course we had to try them on! 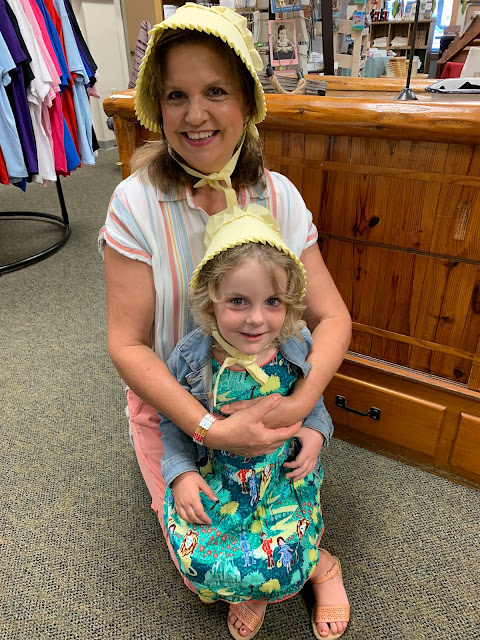 Now on to the other side of the museum, where we learned about the history of Pepin, Wisconsin.  River boats were very popular as they cruised up and down the Mississippi River.  This is a great display for kids, and they are allowed to climb up inside of it. 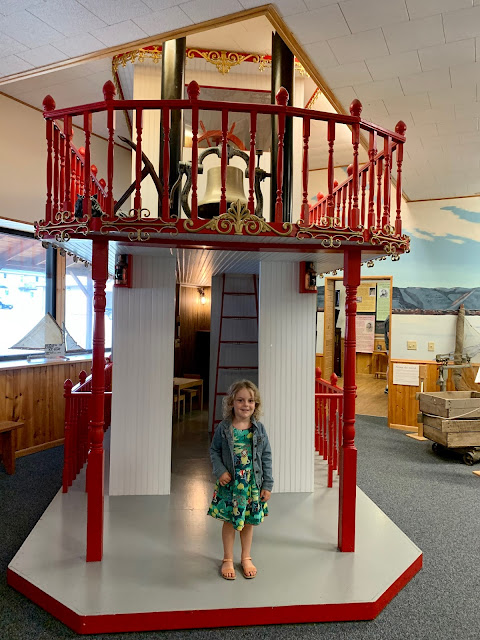 Another huge attraction for the kids is the covered wagon.  The kids can step up and see all the typical items the pioneers would have traveled with. 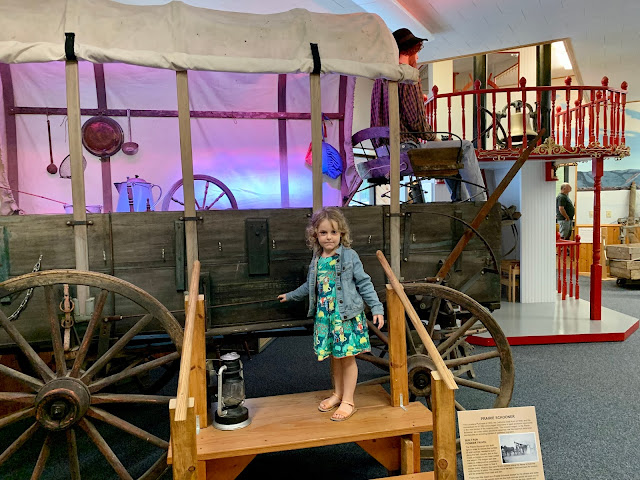 We really enjoyed the museum and we were surprised to see how many other people were there in the middle of a work week.  It is quite the attraction!  The Laura Ingalls Wilder book and tv series is very popular.  Pepin, Wisconsin also has "Laura Ingalls Wilder Days":  "a family-oriented event featuring arts & educational entertainment based on the early American pioneer experience of storybook author Laura Ingalls Wilder.  It's held annually (the second full weekend in September) in the village and surrounding hillsides of her birthplace - Pepin, Wisconsin."

After touring the museum we went to my favorite restaurant in Pepin, the "Garden Pub & Grille".  I just love the food and outdoor atmosphere.  It reminds me of the beach restaurants in Florida.  Of course the kids had to get their picture taken in the gigantic chair first! 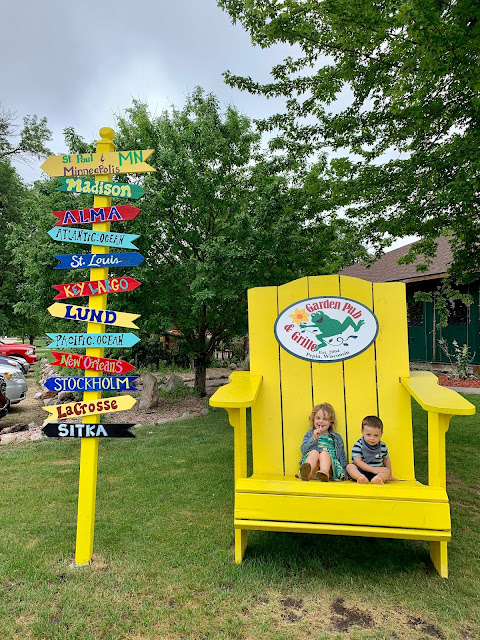 The restaurant is open to the outside, but it has canvas walls that can be rolled down and space heaters for cooler days.  It was a cooler day so the canvas was rolled down. 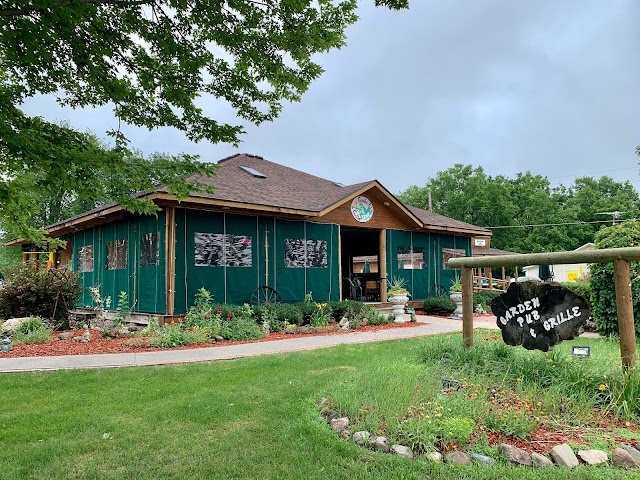 The landscaping around the restaurant is so pretty.  The grandkids loved the little pond and waterfall. 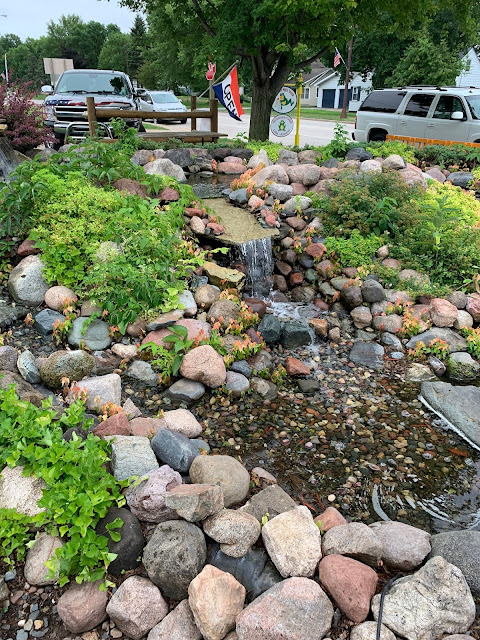 We saw Ellsworth Cheese Curds were on the menu, so of course we ordered those!  Yum!
Ellsworth is another cute little Wisconsin town that has the Ellsworth Creamery in it.  Every year they have a Cheese Curd Festival.  It is so fun, but crazy busy!  You may remember me talking about it before in THIS POST. 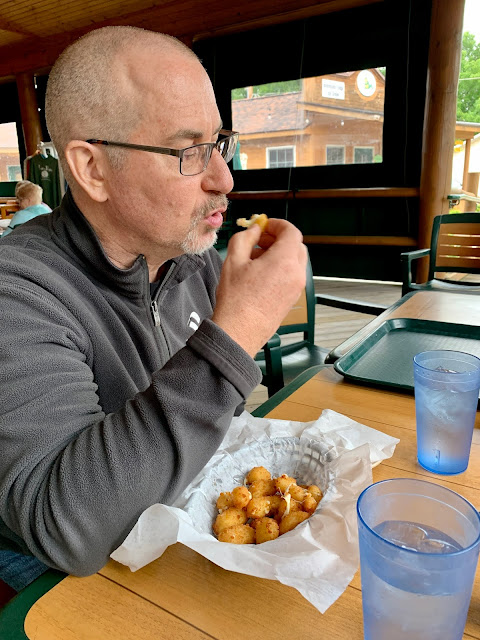 Jason decided "While in Wisconsin eat what the Wisconites Eat" so he ordered the "Wisconsin Cheese Curd Burger".  A burger topped with cheese curds and smothered with Pepperjack and American cheeses".  Ya'll know Wisconsin is known for it's cheese! 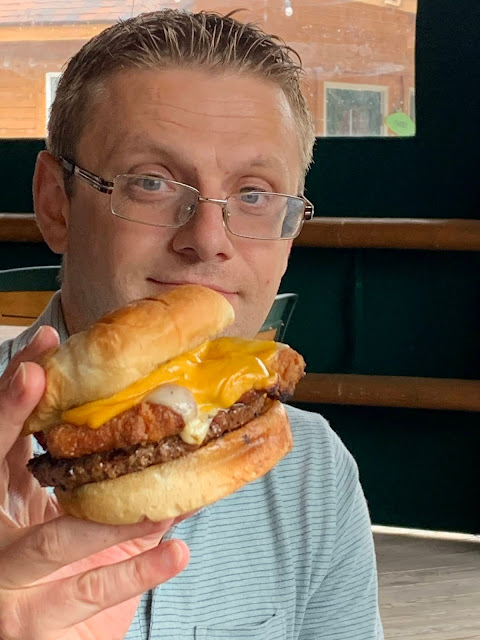 I was the most sensible one in the bunch and I ordered the "Black and Bleu Steak Salad".  It was delicious! 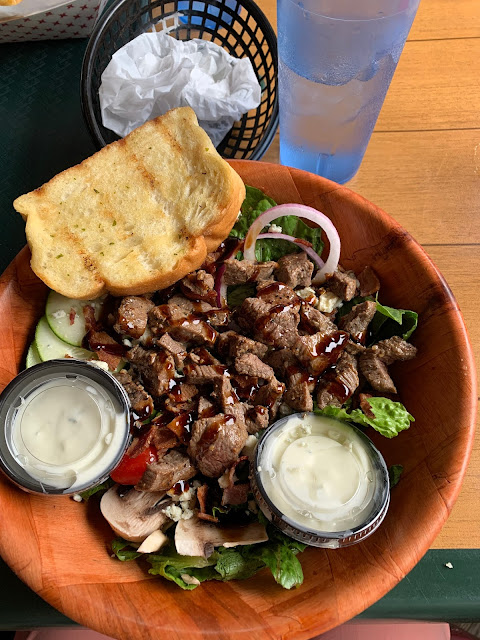 Off to the side of the restaurant is an outdoor bar-type area called the "Tiki Hut".  It wasn't open when we there as we went for lunch.  I believe it is only open at night.  But we snuck in anyway so the grand kids could play a game of "Connect Four". 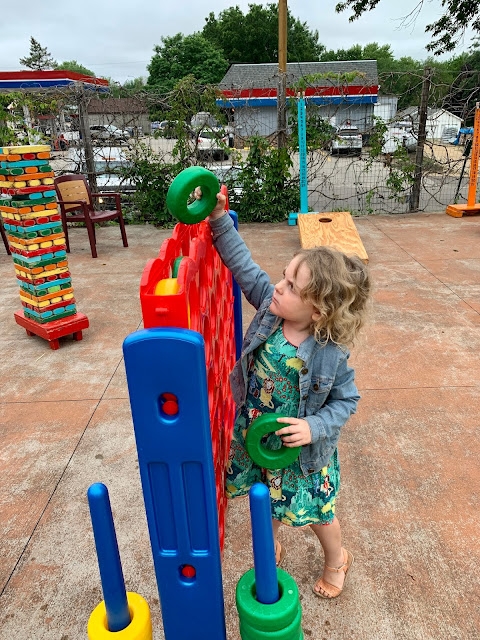 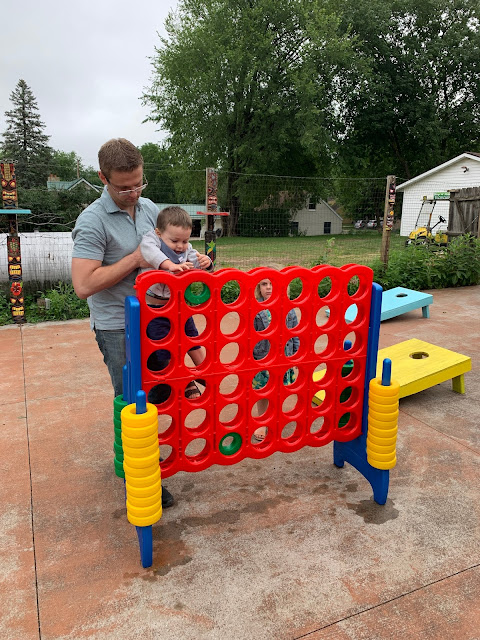 After lunch, we decided to head over to Lake Pepin so Ashley and Jason could see the lake.  They have a beautiful marina. 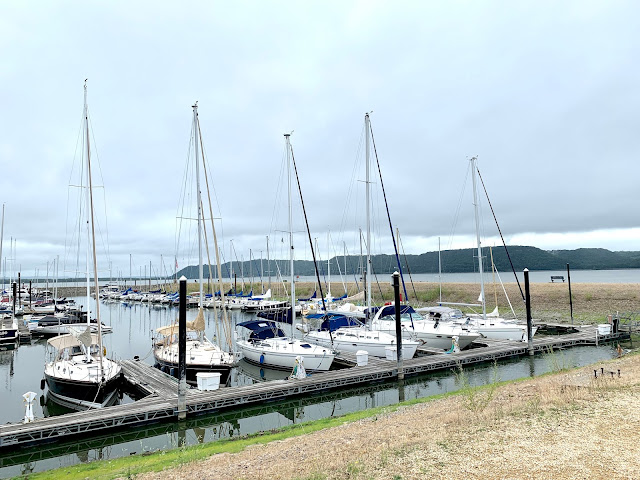 If these pictures look a little familiar it's because we also went here a few weeks later with friends and I wrote about it in my "Hiking in the Driftless Region" post.  The flattened bluffs on the other side of the lake are characteristic of the Driftless Region. 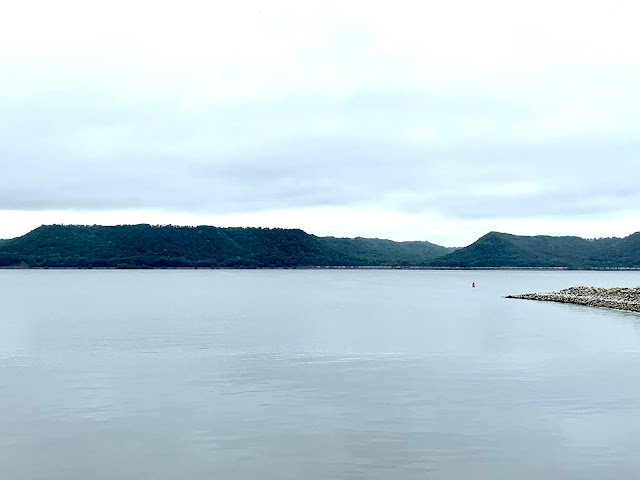 It was too cold to go swimming, but the grand kids enjoyed throwing stones in the water. 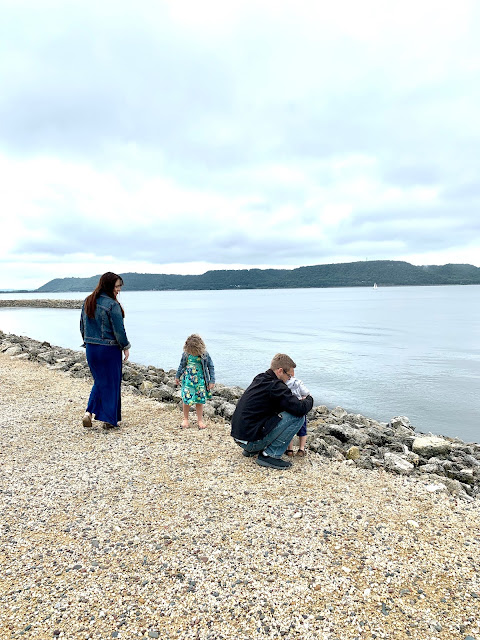 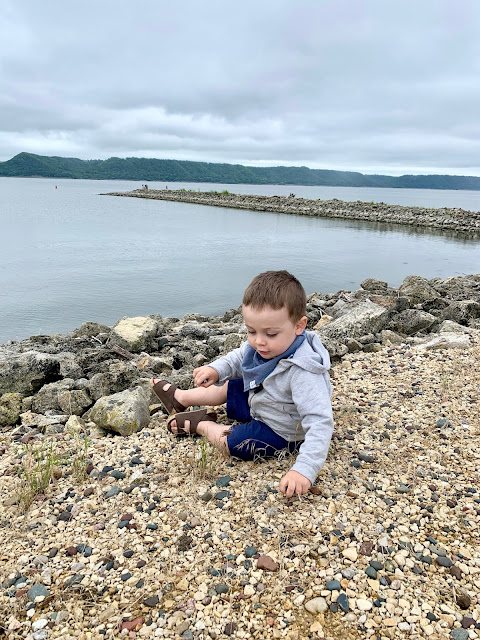 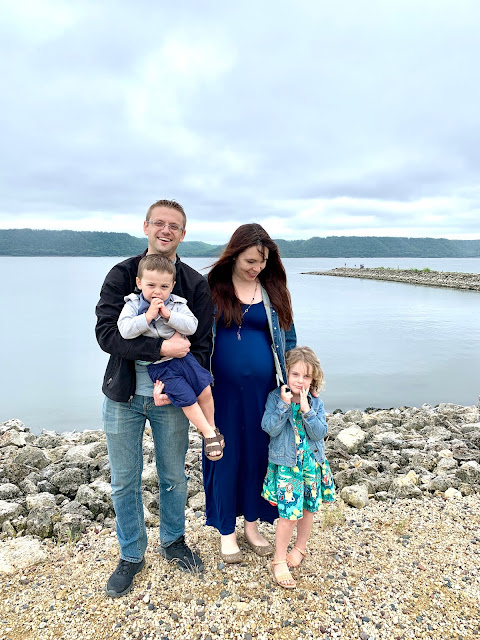 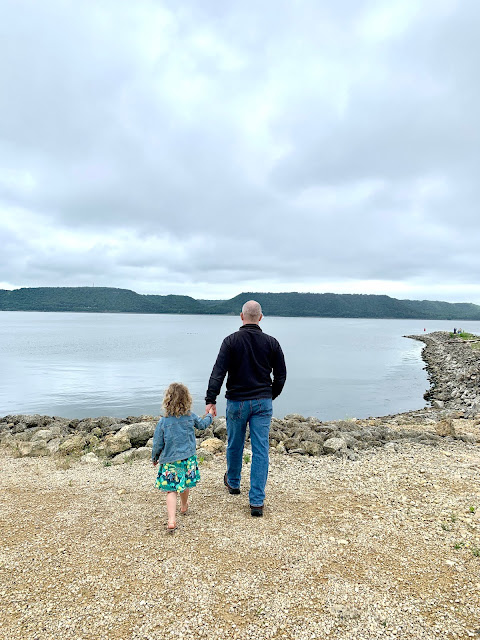 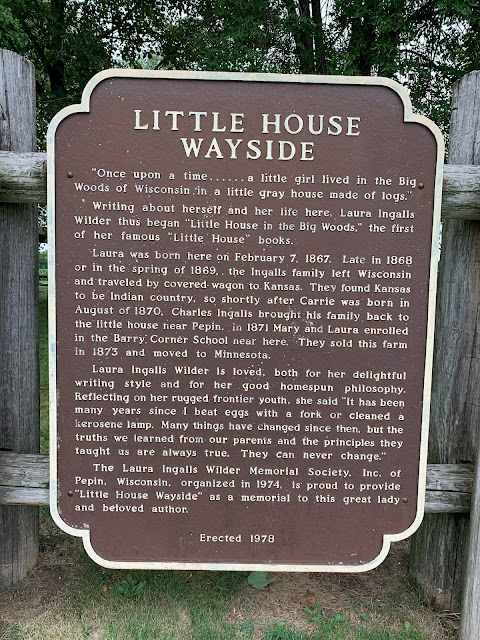 There is a typical log cabin on the property that you can go in and explore, but it is not the original home of Laura Ingalls Wilder. 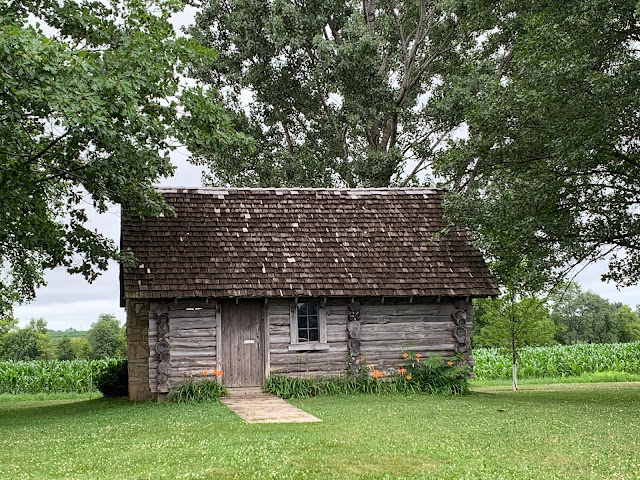 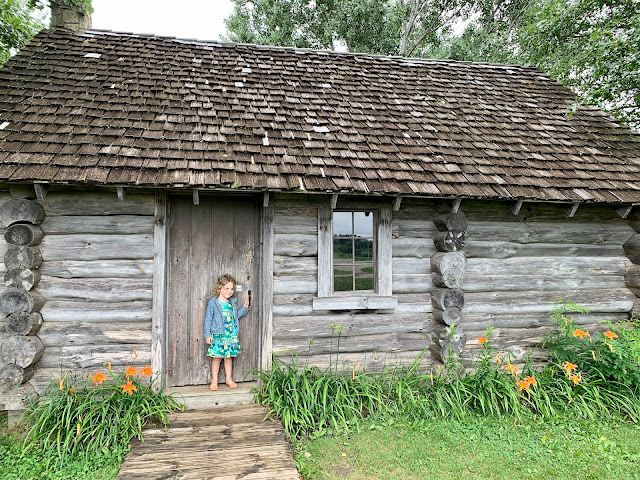