You Make Me So Happy I Could Wag My Tail

This is a birthday card I made for my son.  He loves all animals, but he is actually a cat person.  I knew when I made this card that he would say something about the doggie image, but I loved the sentiment so much I used it anyway.  So sure enough, when he opened his present and saw the card, he said "Cute, but you know I'm a cat person".  I replied "I KNEW you were going to say that!  I made it for the sentiment!".

Speaking of wagging tails, cats also wag their tails when happy and content...though not quite so vivaciously as a dog.  I just returned home from an eleven day trip and I had to board my cat while I was away.  Putting him in a kennel for that long was the hardest thing I ever had to do.  When I dropped him off at the vet and saw him in the kennel cage he was trembling.  It made me so sad I cried myself to sleep that night.  I just returned home yesterday and when I picked up him up and brought him home he was quite traumatized.  I don't want to get into all the details, but it wasn't good.  Later that day, after a few hours at home, I noticed his personality was slowly starting to return to normal.  He was laying on top of the stone fireplace, and I walked into the room and sweetly started to talk to him...and his tail started wagging!  I knew then he was starting to feel better, and eventually, he accepted my affection and even came and laid down with me and cuddled.  Oh, it was such a relief.  I'm not planning another vacation until spring, and hopefully I can figure something else to do with him, because I don't know if I want to board him again! 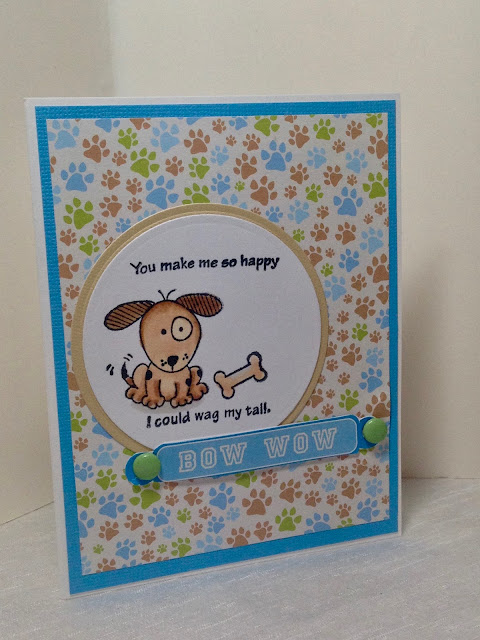 I made this card with one of those $1.00 stamps you will find in the dollar bins at JoAnn's Fabrics and Crafts.  The paper and "Bow Wow" sentiment came from a DCWV stack called "Pets".  I cut the circles out with a Spellbinders Nestabilities Die and I adhered the "Bow Wow" sentiment with brads. 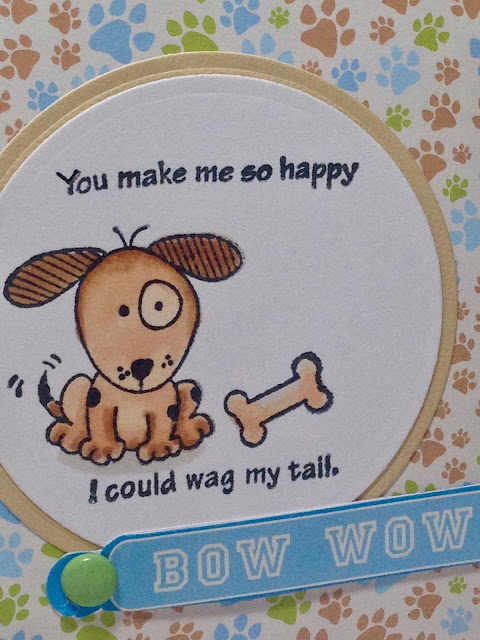 I colored the image with Copic Markers. 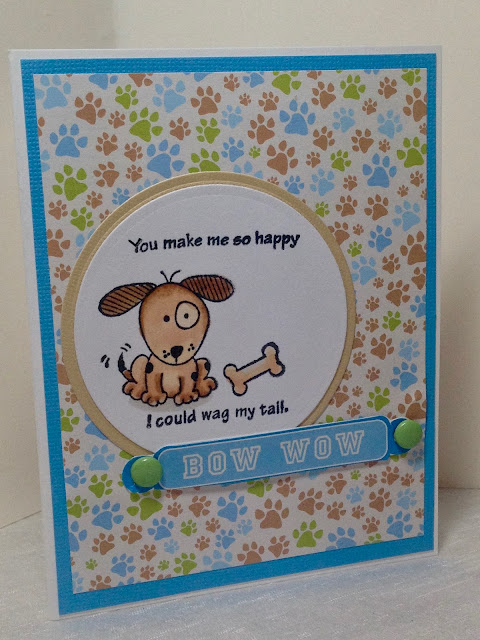 And here is a picture of the birthday boy!  I couldn't be there on his actual birthday but I was so happy he received so much attention from his church family.  They threw him a party, bought him presents, and took him out to dinner.  It's so nice to know that other people are loving your child when you are living far apart from one another. 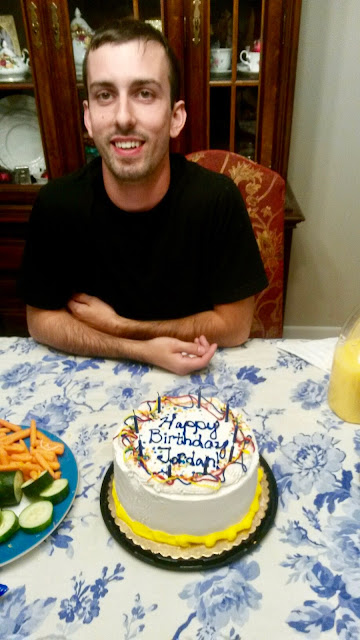 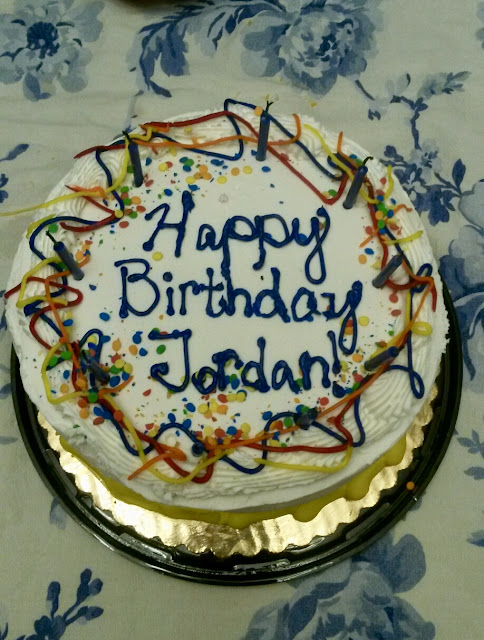 Are you a cat lover, dog lover, or both?  I'd love to hear from you!