Back In the Kitchen Again

Well it's fall so I'm back in the kitchen again!  Ha-ha!  In the summer months I tend to grill or have a lot of salads because I'm too busy in the garden or out having fun to cook.  But once things slow down a bit in the fall, I start scouring Pinterest and Blogs for new recipes to try.  I've discovered something about myself recently:  I don't really enjoy cooking, but I love to try new recipes.  If I've made it a dozen times before, it's not fun;  but there is a sense of adventure in trying a new recipe.

If you read any of my recipe posts before, I don't create the recipe myself (sometimes I make modifications) I just make the recipe and tell you what my husband (the pickiest eater ever!) and I thought of it.  I always link back to the original recipe too!

The past two weeks I tried four new recipes.  We liked two of them, disliked one of them, and LOVED one recipe in particular!

Here is one recipe we liked: 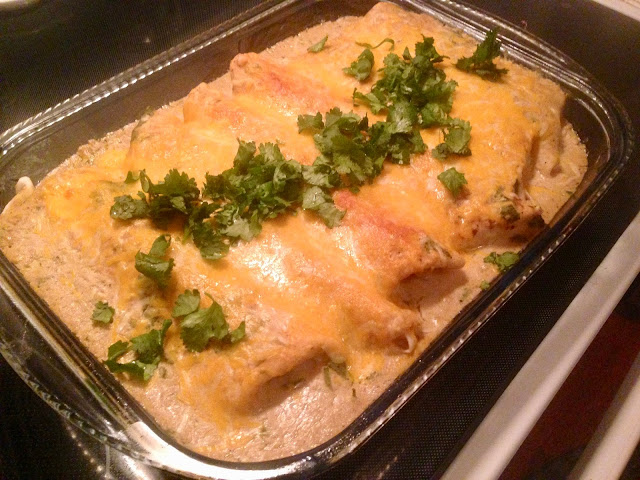 This is a vegetarian recipe so I was really worried my meat-and-potatoes loving husband wouldn't like it.  But to my surprise, it was quite tasty and my husband liked it!  It's mostly just corn and black beans inside.  I never had a burrito or enchilada with corn inside before, but it tasted really good.  It's quite spicy, so if you don't like spicy foods you might want to give this one a pass.  We just ate ours with lots of sour cream and tortilla chips to offset the spiciness!  It was very easy to make too!  There was a suggestion on the website to add shredded chicken for the meat lovers in your family.  I think I will try that next time I make it! 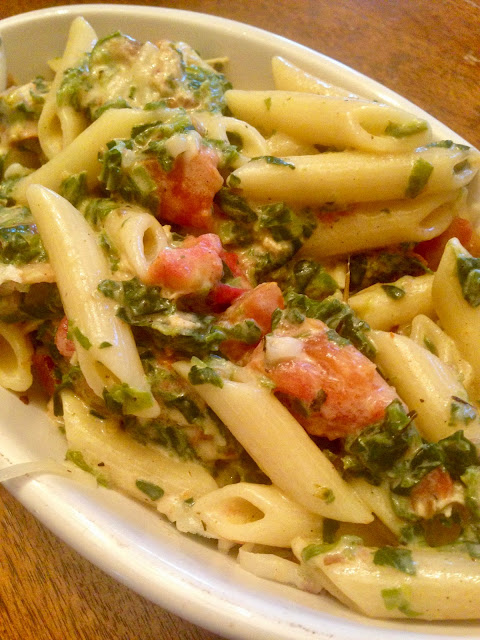 You're probably thinking "with a name like that, what's not to like?".  Well first of all, it was a lot of work.  I don't mind putting a lot of work into a recipe if it tastes amazing, but this one was just "eh".  We ate it, but the flavor just didn't thrill us.  I was surprised so many people on Pinterest liked this recipe and had nothing but wonderful things to say.  I couldn't figure out if it was a hot dish or a cold dish at first, so I tried it both ways.  It doesn't taste good cold at all.  You have to eat it as a hot dish.  I tried eating it cold for leftovers and let's just say it wasn't easy.  I wouldn't recommend this dish, but if you want to try it and don't mind all the work and all the dishes...go for it!  Everyone on Pinterest seemed to love it!

Now my next recipe was a huge hit, so much so that my husband ate all the leftovers!  That's always a good sign in my house cause he normally doesn't like to eat leftovers. 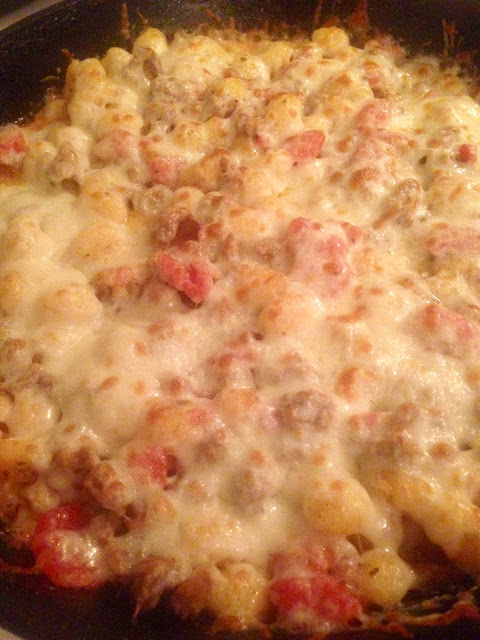 My husband took one bite of this dish and said "I have no idea what this is, but it tastes like pizza so I love it.  No, I take that back, it tastes better than pizza!".  He was so funny!  You should have seen him devour this dish.  It's super easy to make because it's cooked and baked in one pan.  I did make a couple of modifications.  I didn't have heavy cream, so I used half and half with a pat of melted butter.  I also added a lot more cheese to the top than the recipe called for.  This recipe was so good, it will be inducted into the Johnson Family Recipe book now and become a regular at the dinner table.

My final recipe we also loved a lot, but I made a lot of modifications to the original recipe. 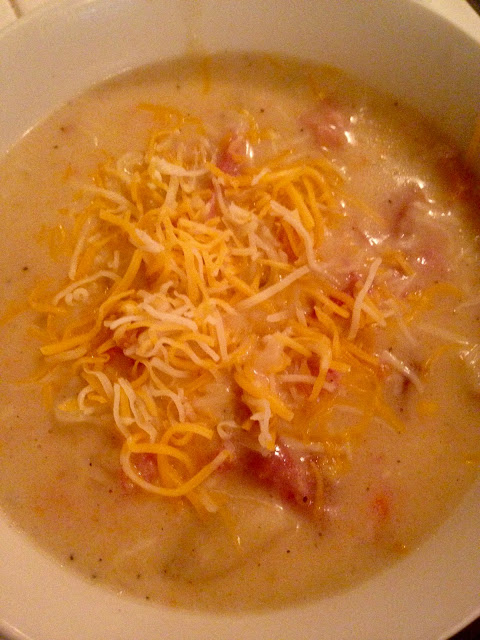 This was absolutely delicious and another hit with my meat-and-potatoes husband.  I did make some modifications, which I think probably made it more delicious than the original recipe.  First of all, I used a meaty ham bone instead of just throwing diced ham in the pot.  I also used vegetable stock instead of water and chicken bouillon.  While I was busy dicing up all my vegetables, I cooked my ham bone in the vegetable stock (probably 20-30 minutes).  Then I added my vegetables (I also added two chopped up carrots which were not in the original recipe).  After the vegetables were tender, I pulled out the ham bone to cool.  While it was cooling I worked on the rue and the milk portion of the soup.  I used 2% milk because that is what I had on hand, plus, skim milk from my experience doesn't work well in cream soups.  I added the milk mixture to the soup and set it on low while I worked on cutting the ham meat off the bone.  I then added all the ham to the soup and scattered shredded cheese on top.  I did not add bacon because I didn't think it was necessary since I already had ham in the soup.  It was so, so good!  I think cooking with meat bones is just so important when making soups, they add so much flavor!  Most butcher shops sell meat bones for just a couple of dollars.  They are great ways to make inexpensive meals.

Let me know if you try any of these recipes.  I'd love to hear what you think!

Linking Up with these Fabulous Blogs HERE.
SaveSaveSaveSave
Posted by Amy Johnson at 12:00:00 AM