Hello!  Today I have another post on our New Hampshire Vacation.  This is the third and final post of Day One.  In one day we drove to the top of Mount Washington, visited Glen Ellis Falls, and hiked to Diana's Baths.

Diana's Baths is described in New Hampshire's Summer Guide as 'One of the most romantic places in the world', and I couldn't agree more!  The half mile walk in to see the falls and water pools is very shaded and reminded me of a magical forest where I expected to see woodland fairies fly about at any moment.  You can get a glimpse of the forest trail in the picture of my son in law Jason leaning against one of the many trees.  The site is very aptly named 'Diana's Baths', because it isn't a huge waterfall, but a series of small falls and shallow pools and lots and lots of giant rocks.  It's the perfect place to cool off, especially for small children because you can wade with no fear of drowning. 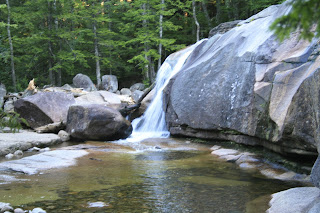 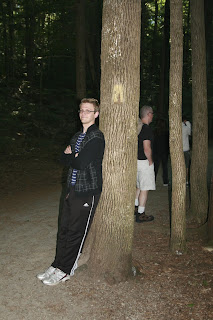 For those who love to rock jump/climb like my son in the picture below, Diana's Baths is the ideal place for that activity! 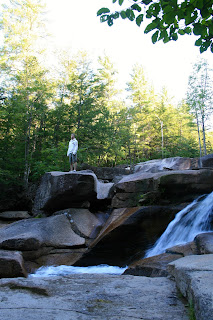 There are a multitude of small waterfalls like this one everywhere in Diana's Baths.  Wouldn't you love to have this little fall in your backyard garden? 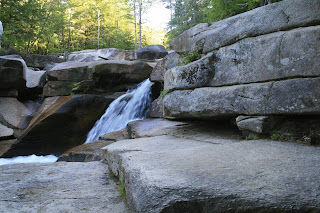 My husband standing above one of the larger waterfalls. 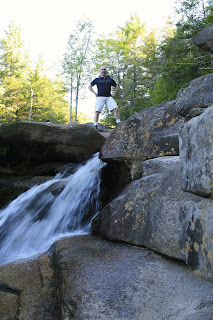 My son Jordan sitting on one of the many, many boulders above a waterfall. 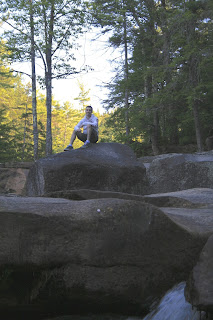 This waterfall was the perfect spot to take pictures.  That is me in the picture below. 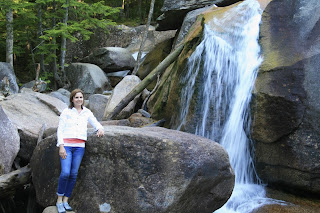 Just look at the mammoth size of this boulder! 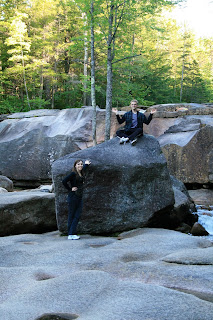 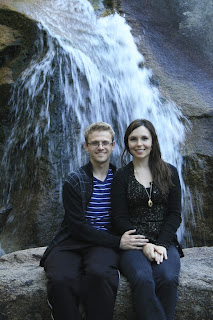 This picture gives you some idea of the many series of waterfalls this area has. 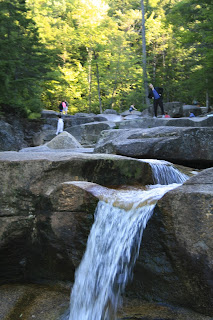 My husband and son in law exploring the water way and rocks. 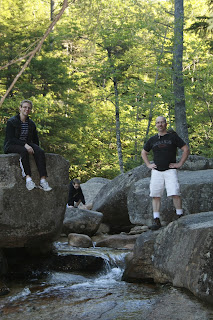 A beautiful couple's portrait of 'one of the most romantic places in the world'. 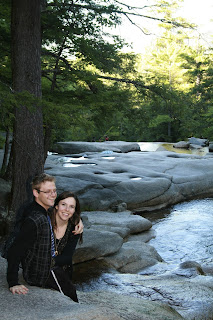