On Day Five of our Missouri Vacation we went to Ha Ha Tonka State Park.  This park ended up being our absolute favorite park of the six Missouri state parks we visited.  Because it is so huge, and we took so many pictures, I am going to divide this park into two separate posts.  The first part will cover the castle ruins, the castle ruins trail and the Dells Rim Trail. 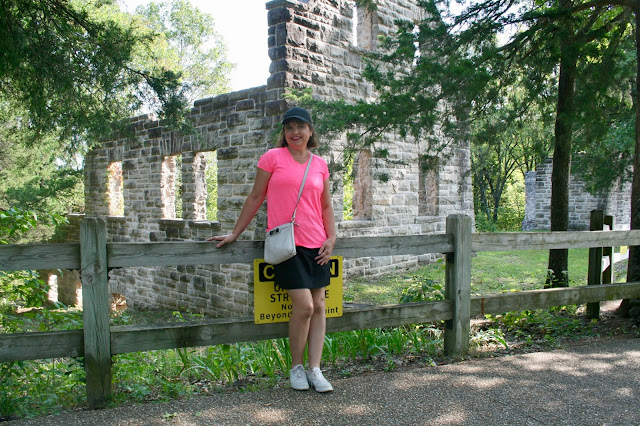 In 1903 a wealthy businessman named Robert M. Synder fell in love with the area and began purchasing land to build a private retreat.  Construction began in 1905, but a year later Synder died in an automobile accident and he failed to realize his dream.  His sons however, finished the project in 1922, although not as elaborate as originally planned.  In 1942, after the castle was turned into a hotel, a chimney fire ignited the roof and destroyed the castle.  The carriage house also burned.  All that remained intact was the water tower which vandals burned in 1976.  All that remains are ruins and the gorgeous view the inhabitants once enjoyed. 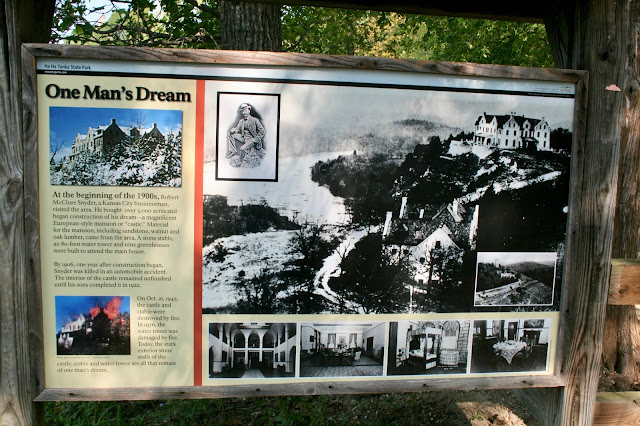 The remains of the carriage house. 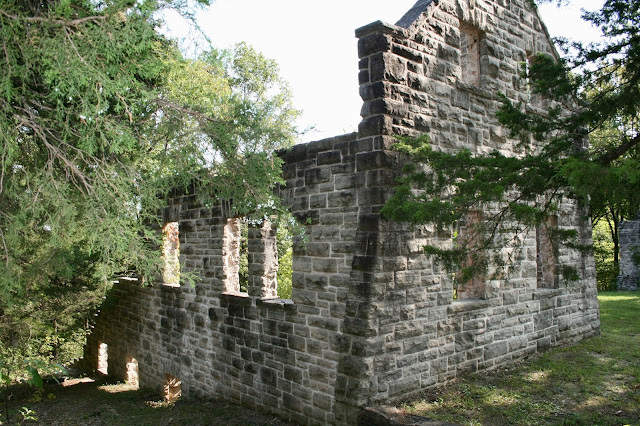 It is a short walk from the parking lot to the castle ruins.  Along this walk you see the carriage house, and these gorgeous views from a lookout point.  The trail is paved so it is wheelchair and stroller accessible.  It is 0.40 miles one way. 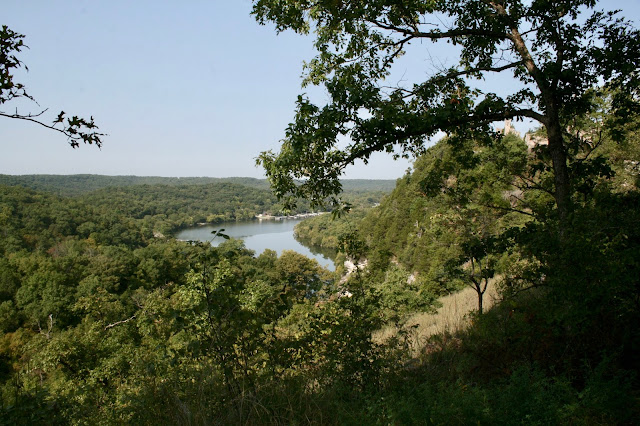 I must say the views from the lookouts and top of the castle ruins was incredible.  I can't even imagine what the view must have been like from the top floors of the castle. 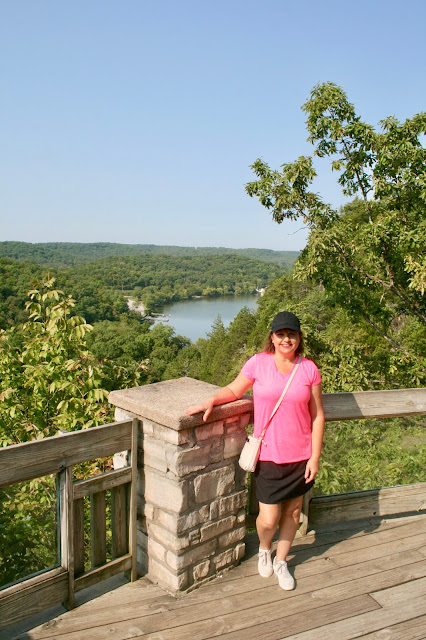 You can walk completely around the castle, but you can't go inside due to instability of the castle walls.  It is fenced off to the public and there are warning signs everywhere. 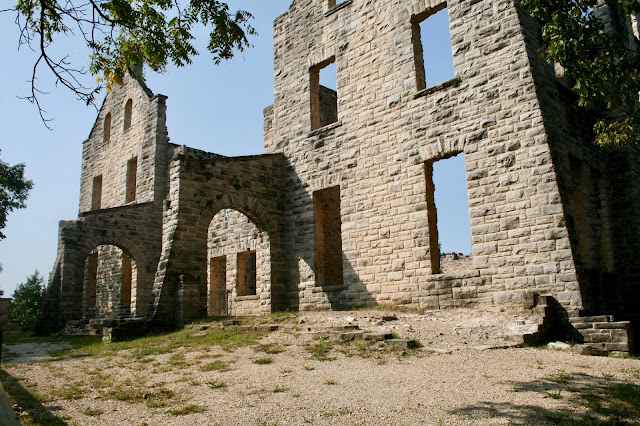 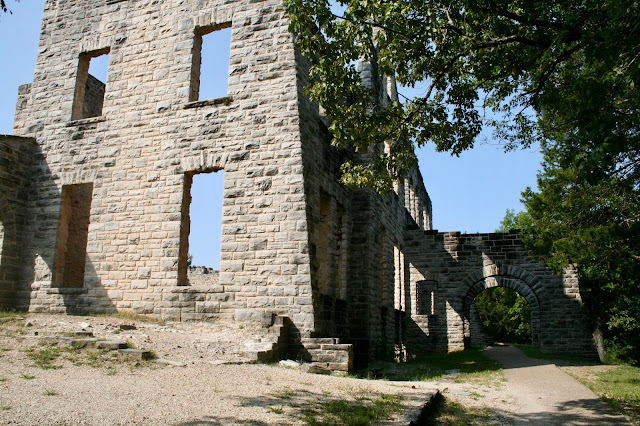 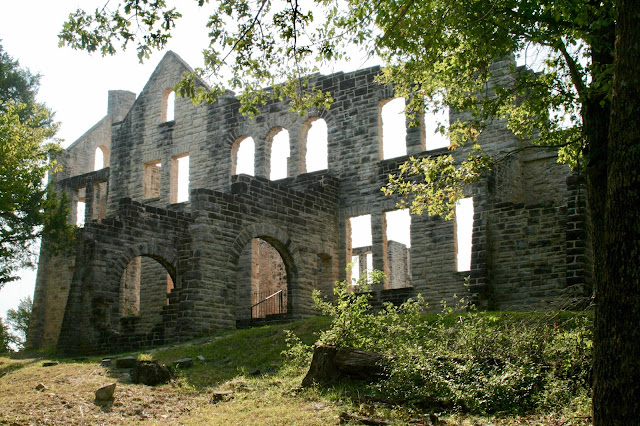 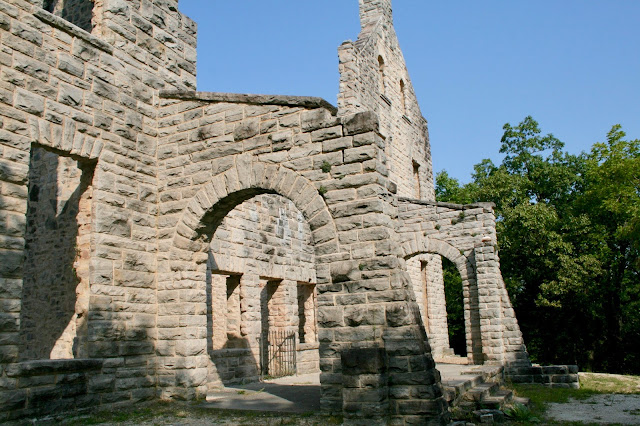 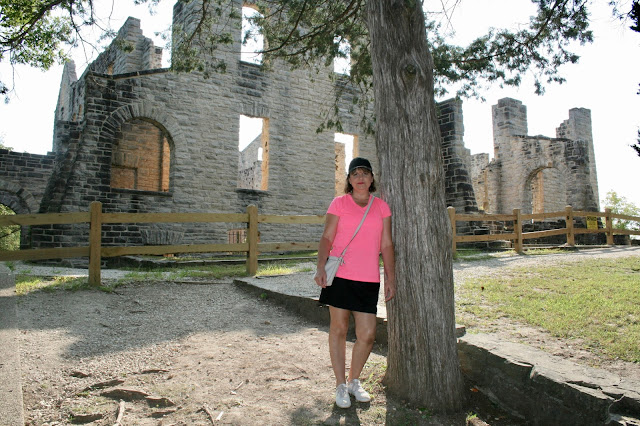 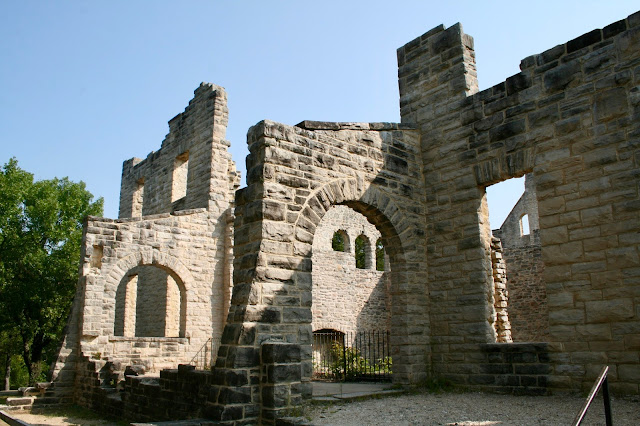 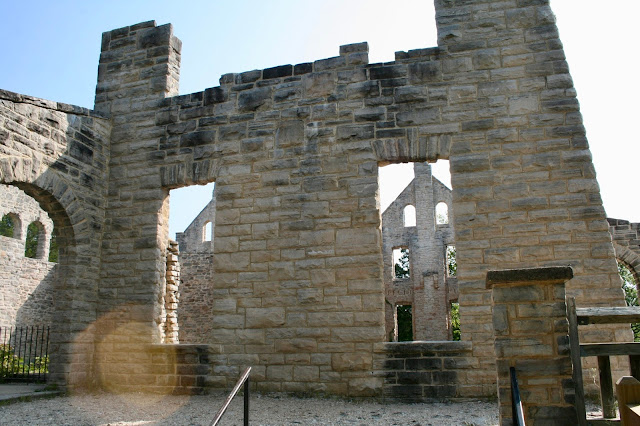 View from Castle Ruins.  How would you like to look out your window and see this every morning? 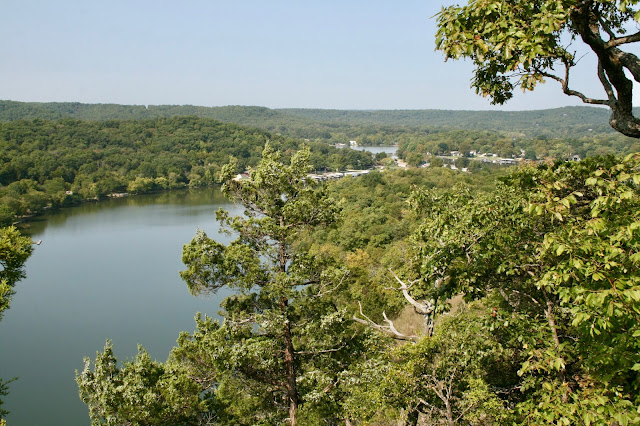 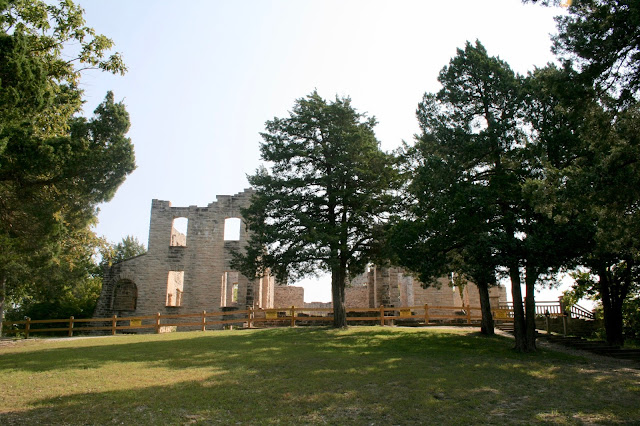 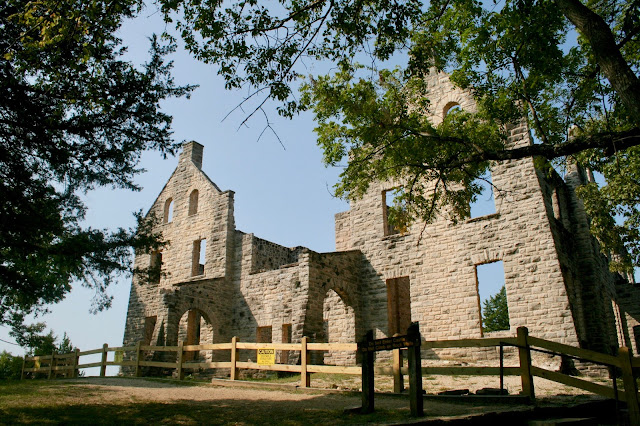 After touring the castle ruins, we headed back to the parking lot and onto the Dell Rim trail to check out the water tower.  This trail was a boardwalk with a lot of steps.  It is only 0.30 miles one way, but we used this trail to connect to other trails which I will talk about in next week's travel post. 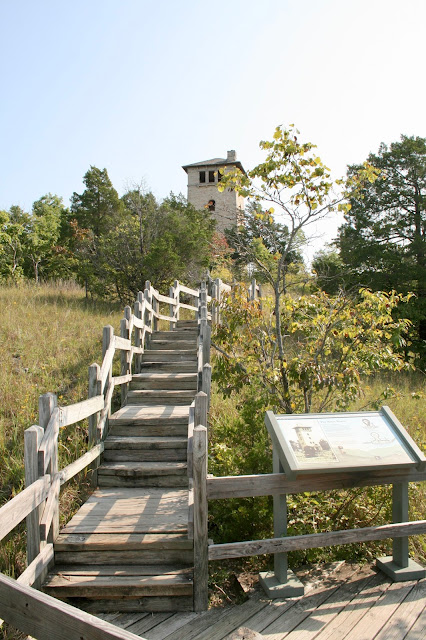 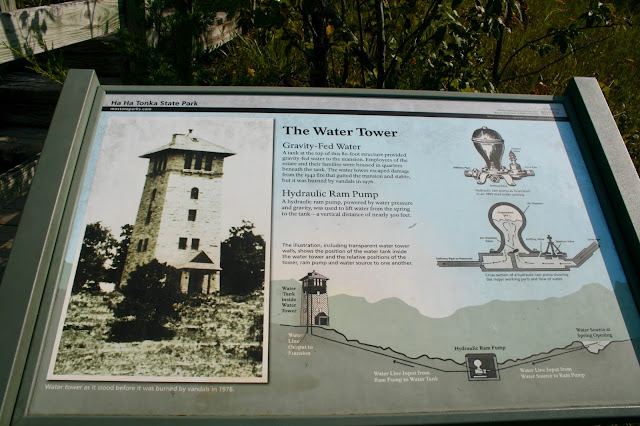 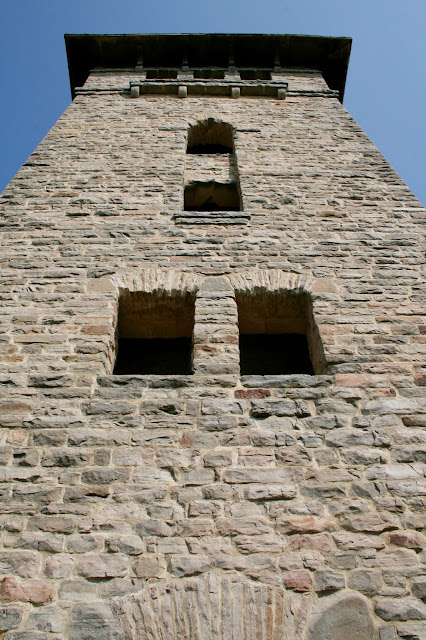 The Dells Rim Trail was such a beautiful trail.  It runs along the top of a cliff (Don't worry, it's safe.  You have this nice boardwalk with a hand rail on either side to walk on) with views of the water below on one side and a lovely wildflower prairie on the other. 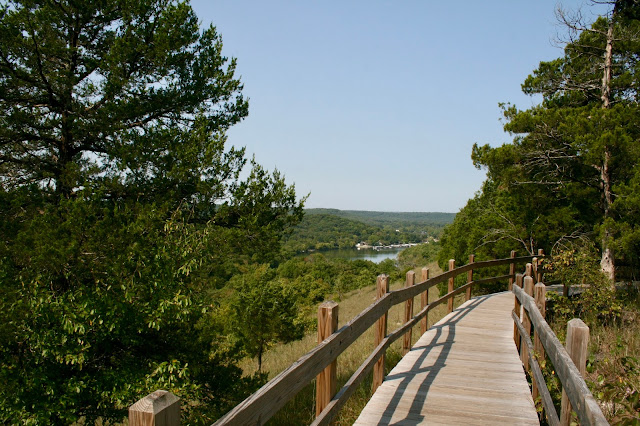 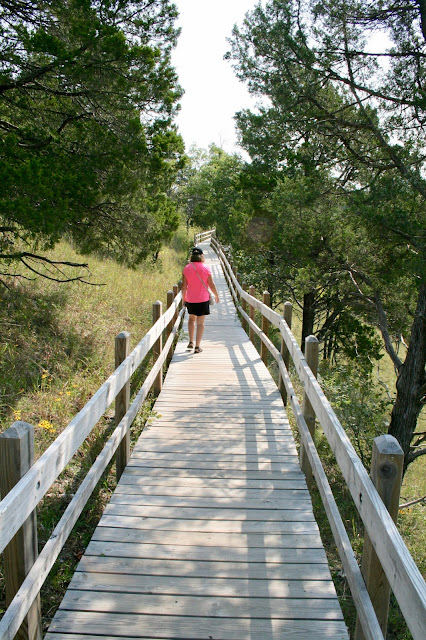 The boardwalk leads to a overlook above the 150 feet deep Whispering Dell Sinkhole. 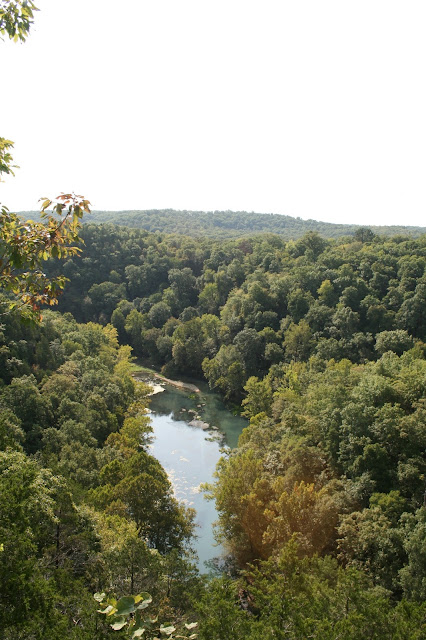 From this trail we then connected to the Colosseum Trail...but more on that next week!