Happiness is a Grateful Heart

"Happiness is a Grateful Heart".  Today, those words are especially meaningful to me,  for last night we had a bit of scare.  Even though we were unhappy about the situation, I am grateful because it could have been so much worse.  My son is home for the summer and we just gave him the second best car we own as a graduation present.  He was driving home from work in the dark, his very first shift, and he hit a deer that was already laying dead in the middle of the road.  He never saw the deer until it was too late.  There was another car coming towards him in the opposite lane so he had to turn his brights off.  By the time he saw the obstacle in the road, it was too late to brake, and he couldn't swerve or he would have hit the other car.  So he drove right over the deer, and damaged the car.  Were not sure exactly what is wrong with the car right now.   It appears to still be running, but it's making a squeaking noise when you turn the wheel, and some piece of metal became unattached and was dragging by the tire.  My husband was up till 12:00 a.m. trying to fix the car so my son could get back to work today.  We won't be able to take it in to a shop till he has a day off.

Where we live, driving is always dangerous.  We don't have to worry too much about other crazy drivers, but we have to worry all the time about poor road conditions due to snow, and wild animals running into the road.  Even though I'm upset about the car, and worried that now Jordan won't have reliable transportation when he moves, I'm so grateful he is all right.  It could have been so much worse.  He could have swerved into the other lane and killed himself and/or anyone in the other car.  It would be so easy to whine and moan right now because of the situation, but all I can do is thank God it wasn't worse.

So I am so pleased to show you my card this morning, and truly say "Happiness is a Grateful Heart". 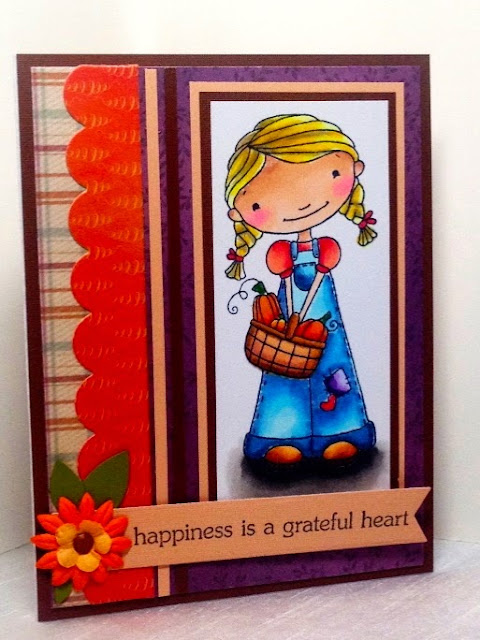 I made the card with the MFT image 'Happy Harvest'.  I used MFT dies for the scallop, banner, and leaves. 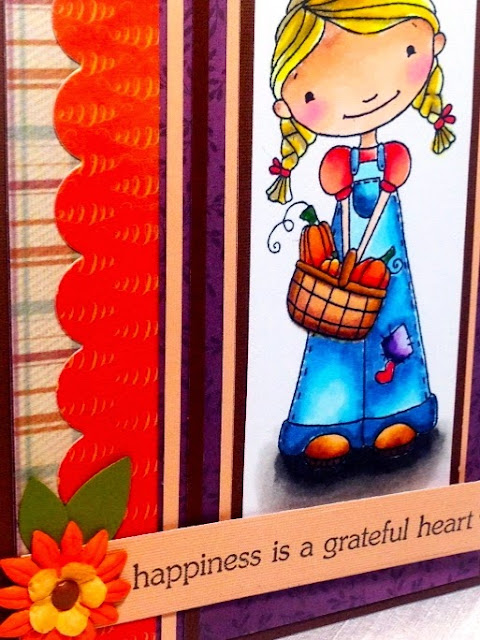 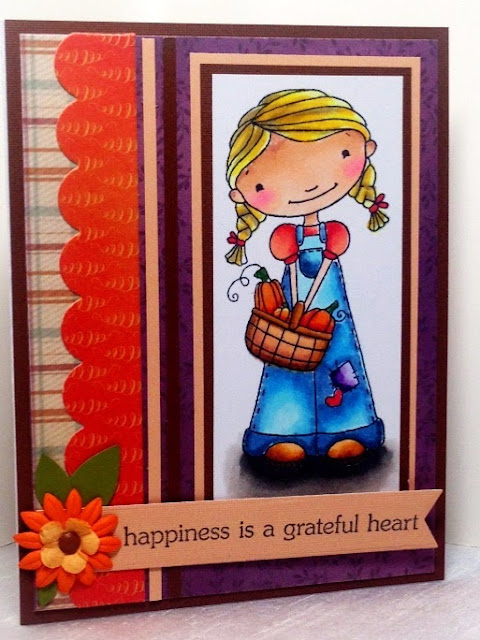 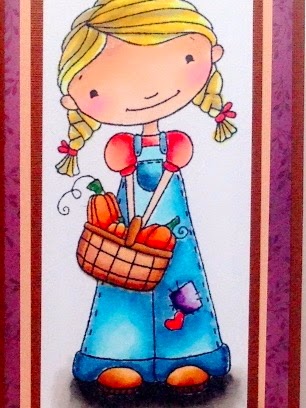 Being grateful for what you have, it truly is happiness.