Hello!  It's the first month of the new 2014 Christmas Card Challenge on Splitcoaststampers.  For this challenge, all the participants commit to making a certain amount of Christmas Cards each month so that they are not frantically making cards during the busy holiday season.  I have been playing this challenge for years, but this year I made some changes.  My first change was to commit to making five cards per month instead of four, since I was short of the amount of cards I needed this year.  I also decided to change the size of my cards from the traditional A2 size, to a long, narrow card so that I can fit a photo collage inside the card.  In addition, I wanted  to make less bulky cards so that I wouldn't have to pay a fortune to mail them. And finally, because I am always short of time, I decided that instead of making five different cards every month, that I would pick one design per month, and duplicate it five times. 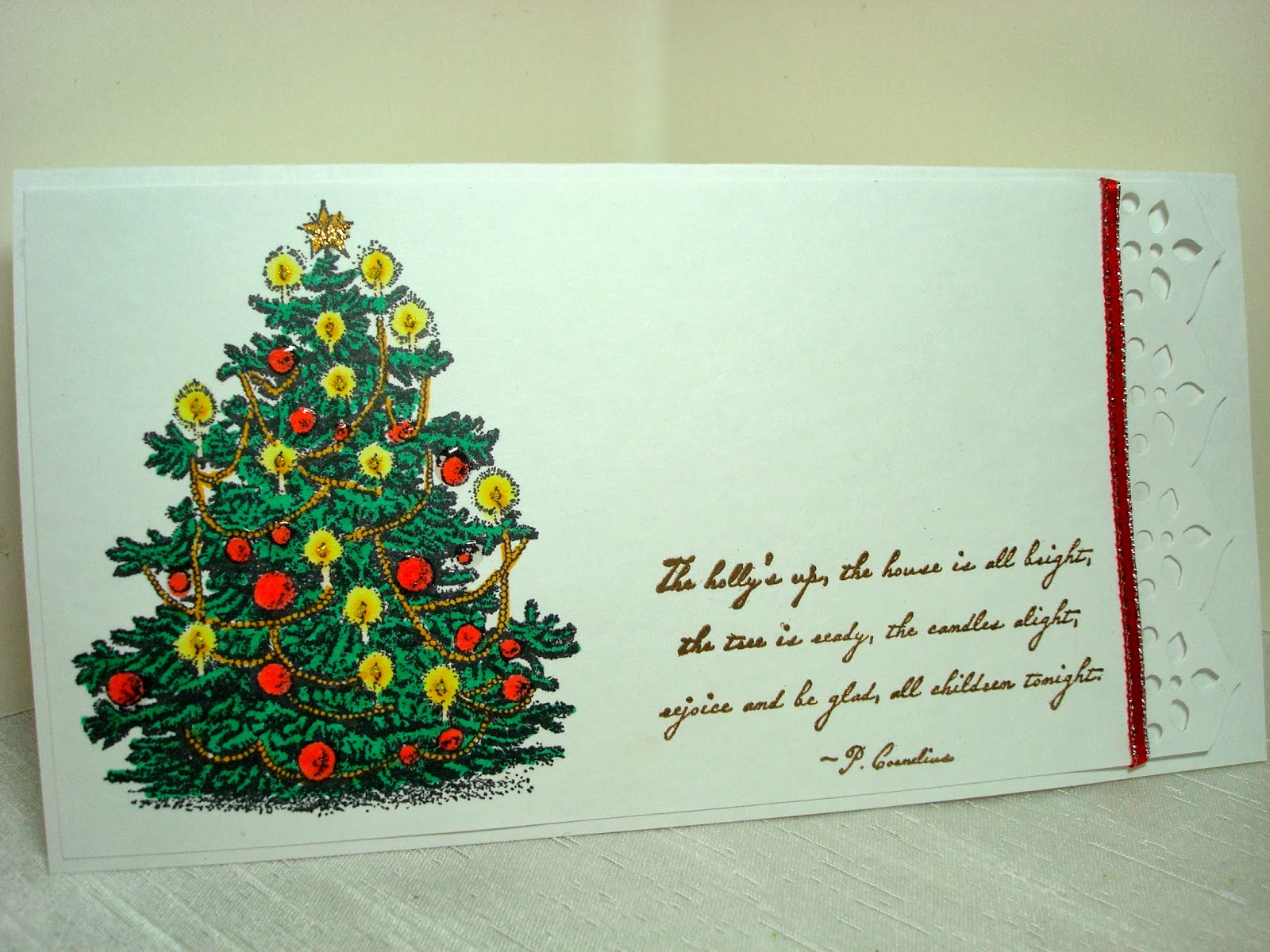 Originally I wanted to keep the card to one layer, but I realized that's impossible if you color your image with Copic Markers, because the color bleeds through to the other side.  So it is a two layer card.  I used a very old retired image from Stampin Up called 'Ol Tannenbaum'.

I restrained from putting a bow on the card, and just used a single layer of ribbon and a border punch to keep the 'bumps' down. 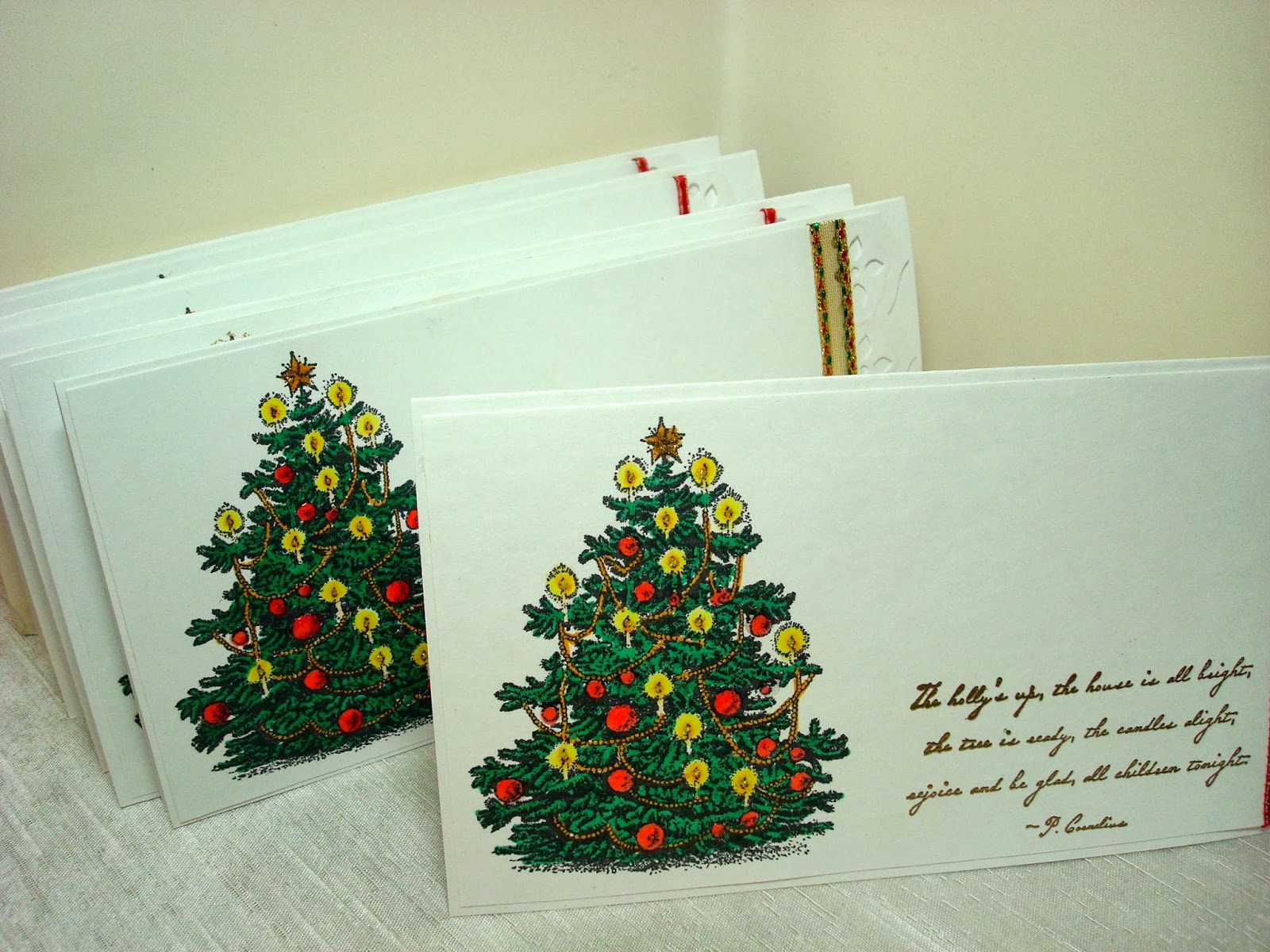 To add more interest to my clean and simple card, I embossed the sentiment in gold, and put Stickles on the star and candle flame, and Crystal Effects on the ornaments. 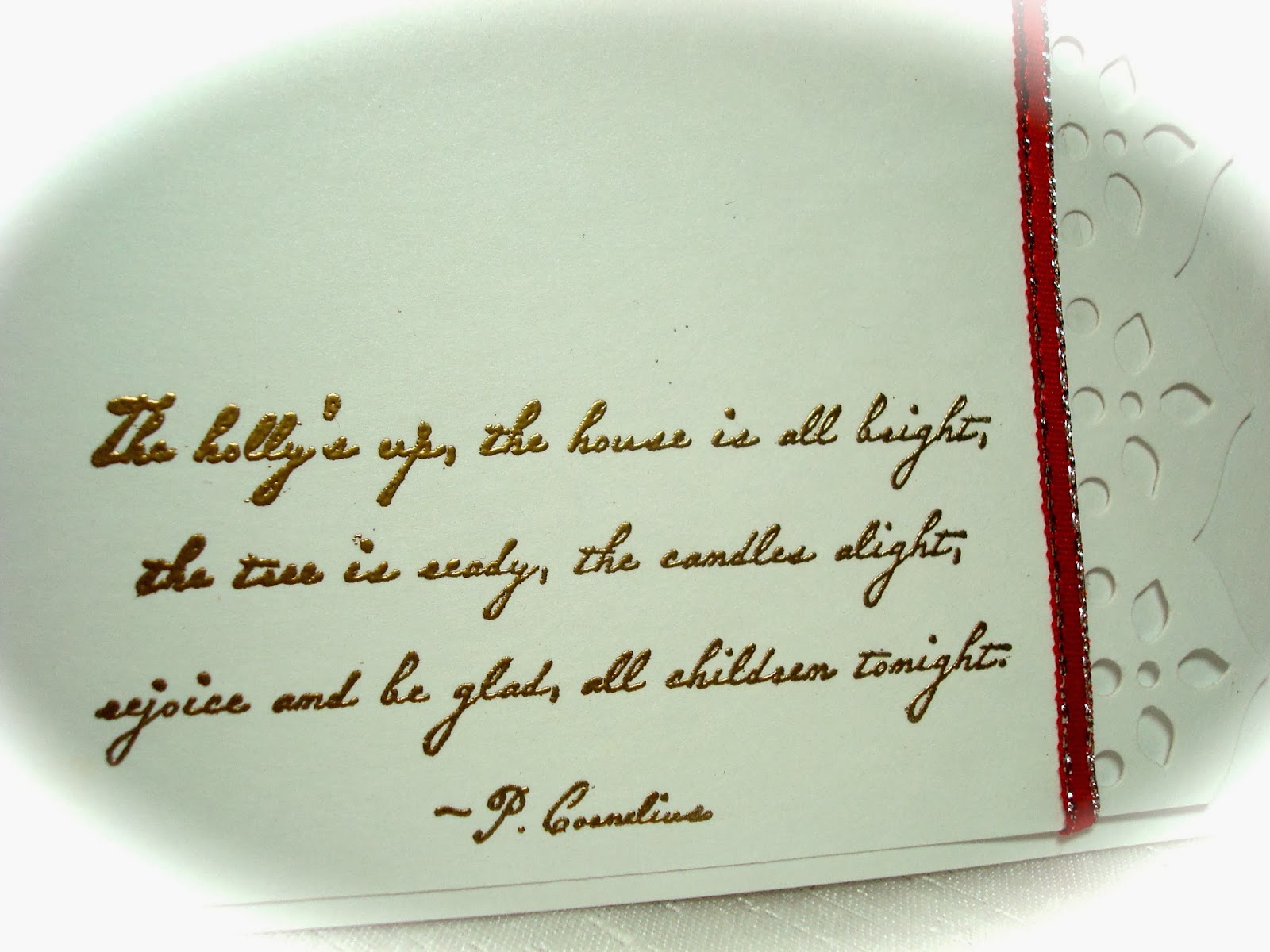